Amazon backed out of its plans to build an office in New York, citing the pushback and criticism from politicians like Alexandria Ocasio-Cortez.

Even if some people are still hoping Amazon will reconsider, the entire idea behind bringing Amazon to Queens, NY was for job creation. Getting a job working on computers is supposed to be a lucrative career path, and we wanted to understand more about how compensation for tech workers changes around the country. 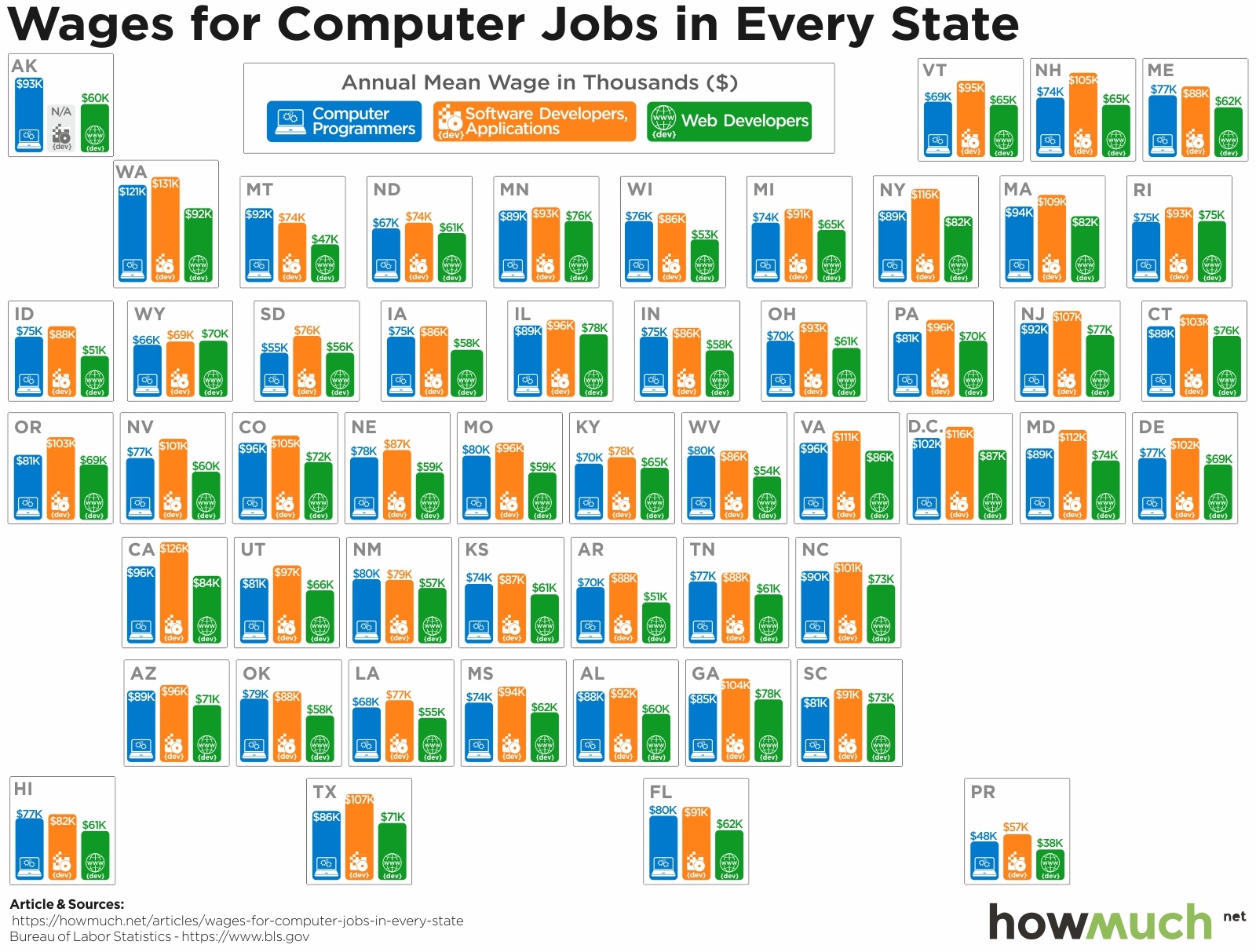 Our data come from the U.S. Bureau of Labor Statistics. We focused on three types or categories of jobs, computer programmers, software developers and web developers. We plotted the average wage for each in every state, letting you easily see the best-paying tech jobs where you live and around the country.

At the highest level, software developers tend to make the most money across every state. There are only a couple exceptions on our map, including places like Montana, Wyoming and Nebraska. But how many computer jobs are really located in these states? We’ve got nothing against rural America, but they’re not exactly well known job markets for tech talent. In other words, the fact that software developers aren’t the most highly paid probably has more to do with the lack of sufficient sample sizes.

Another broad trend is that computer jobs are generally very well paid, but not everywhere. Take Wisconsin, for example. Programmers pull in $76K, software developers $86K and web developers just $53K. To put these figures in perspective, median household income in the U.S. across all workers is just over $63K. For all the hype on tech jobs, these aren’t the sort of numbers that would make an early retirement possible.

This is made all the more obvious when you consider how the traditional hotbeds of tech talent aren’t paying high six-figure salaries either. In California, software developers can take home $126K, which at first glance seems like a lot. In San Jose, you need to make at least $274K to afford a home. A married couple of software developers would still stretch their budget to put a roof over their heads.

We aren’t taking sides Amazon’s decision to pull out of New York, however, there’s no denying a job working on a computer is a great gig.