Moody’s says 23 of the nation’s 25 largest cities are ready for a recession. Two aren’t. They are Detroit and Chicago. Both cities are junk-rated by Moody’s.

Moody’s message should be particularly worrisome given that the city’s firefighter pensions are just 18 percent funded, while the police and municipal funds are less than 25 percent funded. They are among the worst-funded pension plans in the country.

The rating’s agency highlighted Chicago’s poor condition in its report, saying: “…both direct city obligations and those of overlapping units of government – continue to weigh heavily on its credit profile. In this scenario analysis, Chicago’s extraordinarily high fixed costs, coupled with its escalating pension liabilities, make it one of the cities least prepared for a near-term recession.” 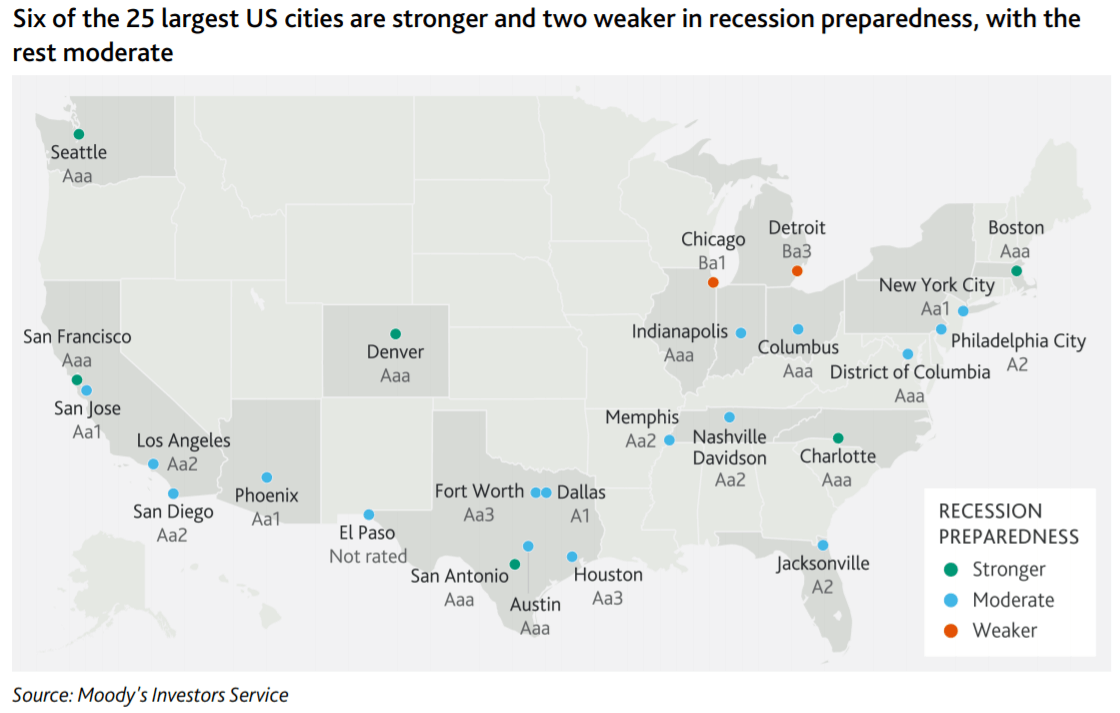 Moody’s found Chicago has the highest “fixed” costs – for debt, pensions and retiree health insurance – of any city. Nearly 45 percent of Chicago’s budget is consumed by those costs.

At Wirepoints, we’ve highlighted those overlapping retirement debts in our recent report, “Wealthy” Chicago households on the hook for up to $2 million in debt each under progressive approach to pension crisis and in an accompanying video. 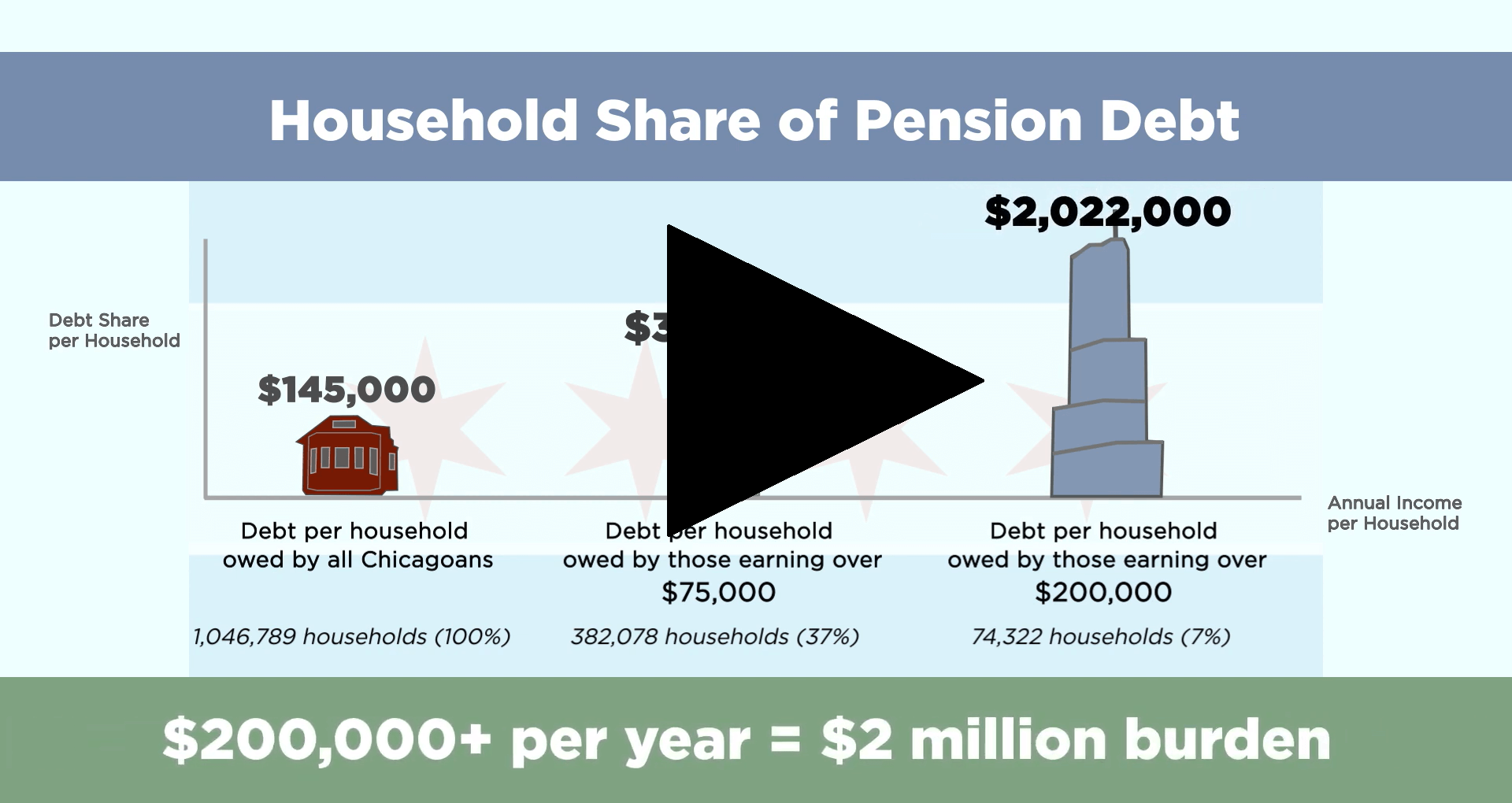 Chicagoans’ overlapping state and local retirement debts total over $150 billion based on Moody’s pension calculations. That’s the equivalent of a $400,000 “hidden mortgage” on the Chicago households with the means to pay down that debt over time – those earning more than $75,000 annually.