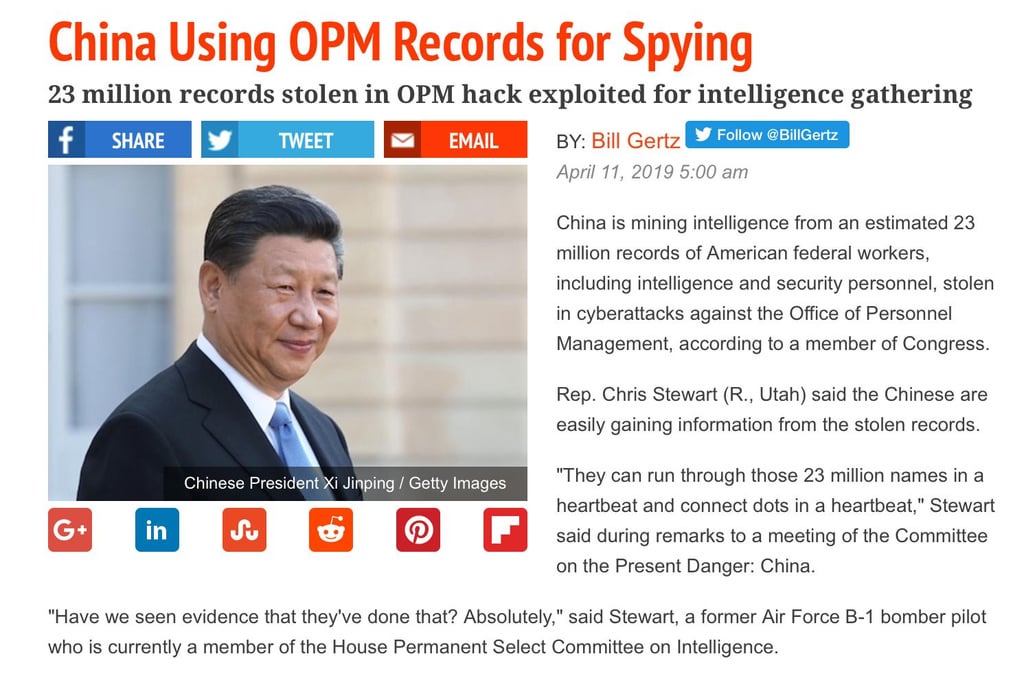 The office is the repository of federal government personnel records, including social security numbers and documents known as SF-86s that contain personal information about people who apply for security clearances.

But Evanina said of the damage assessment: “This is not a two-year issue; this is going to be 20 years in the making. This data is your most sensitive secrets that potentially an adversary is going to have in 20 years.”

The breach involved the extraction from OPM networks of an estimated 23 million records of federal workers, including those who were being evaluated for access to classified information. About 20 million records related to SF-86s were stolen.