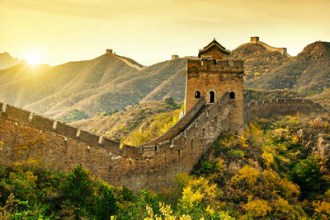 Developments are underway in China that should dampen the housing market there:

The practice of rectifying market order stems from a special action by seven ministries. On June 28, the Ministry of Housing and Urban-Rural Development and other seven ministries jointly issued a notice, deciding to carry out special actions to control the real estate market chaos in 30 cities including Beijing and Shanghai from the beginning of July to the end of December 2018.

The recent policy is a continuation of this action, and the scope has exceeded the above 30 cities. For example, Henan Province issued a document on July 9th, which intends to regulate the sales behavior of commercial houses in the province, maintain the order of trading in the real estate market, and protect the legitimate rights and interests of the people who buy houses. Shaanxi Province also issued a detailed rule on July 6, standardizing the fair process of commercial housing. For the first time, Zhejiang has launched a “double random” spot check with the special inspection of real estate development enterprises as the entry point.

This crackdown, plus the urgent need of developers to offload properities (i.e. spike supply) in order to raise more capital, is expected to bring prices down:

CITIC Construction Investment also said that the market supply scale will be further released in the second half of the year. On the one hand, the housing supply enterprises began to usher in the peak of supply in the third quarter, and on the other hand, in the environment where the financing environment is becoming stricter this year, the housing enterprises are out of cash. Streamline considerations will also accelerate the push to achieve cash withdrawals. This will also bring the heat of sales in the real estate market in the third quarter to continue.

Yan Yuejin, director of the think tank center of Shanghai Yiju Research Institute, holds different views. He told the 21st Century Business Report that the third quarter is the time when the market is facing the most bad news. The transaction volume of the real estate market may decline, even negative year-on-year. In the fourth quarter, due to the impact of annual performance, companies are likely to accelerate the pace of pushing goods and promote transaction volume.

1,237 views
READ  IT HAS STARTED! CHINA IS TAKING OVER THE WORLD
READ  John Kerry admits America will buy solar panels made in China by Slave labor