The US bond market may be closed, but it was fully open in China, and locals took advantage of this fact to do one thing: sell.

In the aftermath of our viral post “”Catastrophic” Property Sales Mean China’s Worst Case Scenario Is Now In Play“, China property firms bonds were hit with another wrecking ball on Monday as Evergrande was set to miss its third round of (offshore) bond payments in as many weeks and rival Modern Land became the latest scrambling to delay deadlines.

But while Evergrande’s default is now just semantics, and one week after Fantasia shocked bondholders with a surprise announcement it too would stuff creditors just weeks after it had said its liquidity was fine, which sent its bond plunging from par to 74 cents in seconds…

🇨🇳 Chinese developer Sinic warns of default on US$250 million bond due next week – SCMPt.co/fr2HhOLY3F

What does this chart tell you ? pic.twitter.com/0qw5RCREWg

Aussie market should be effected the most in the short term cause of the housing crisis in China.

See also  Why is Klaus Schwab Sucking up to China? 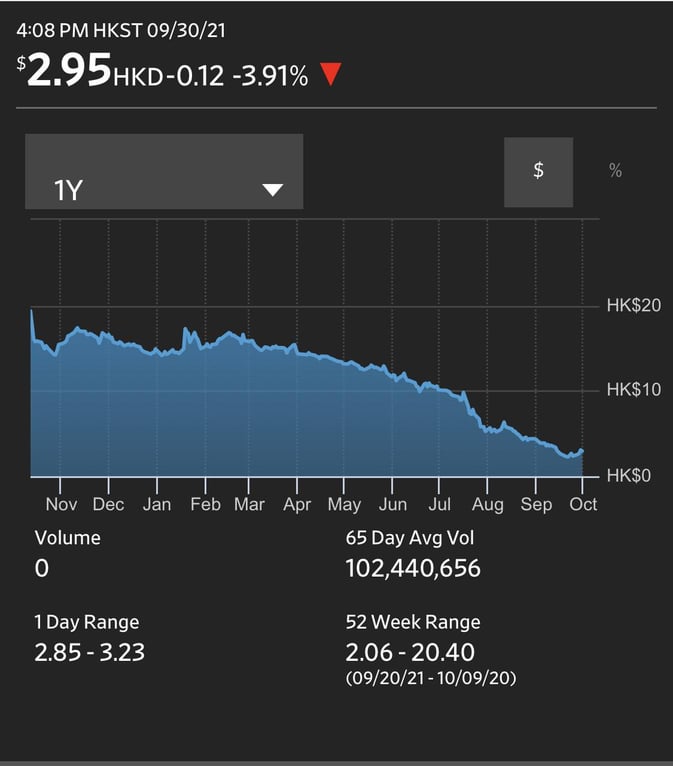 This is cause they are highly dependent on their mining operations and a downturn in the Chinese housing market and theoretically China would cause them the biggest problems. Especially in the short term.

Would like to here everyone’s thoughts. Which other markets do you think would be hit the hardest in the short term ?