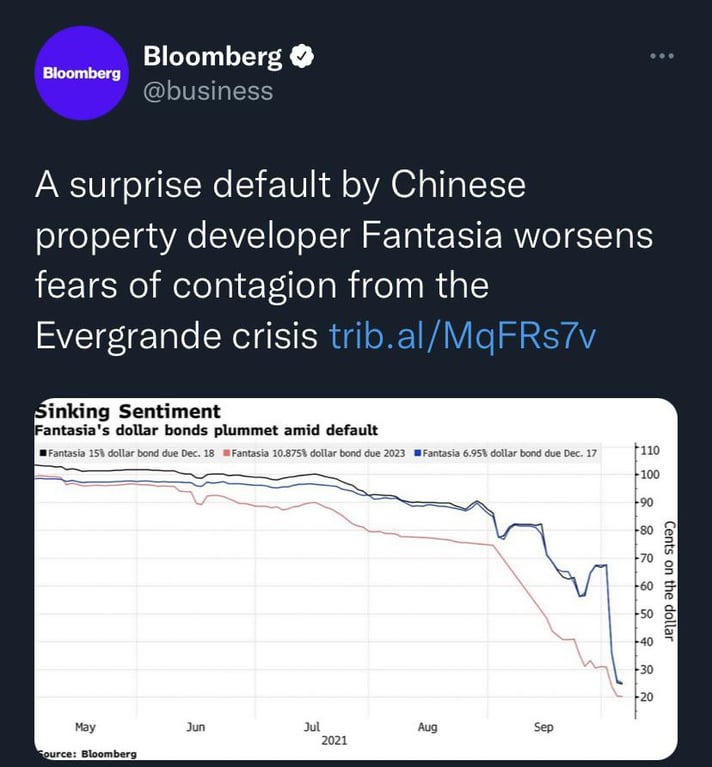 Worries about rising debt defaults by Chinese property developers sapped investor sentiment on Tuesday amid fresh credit rating downgrades and uncertainty about the fate of China Evergrande Group as it scrambles to raise cash by selling assets.

Evergrande (3333.HK) is facing one of the country’s largest-ever defaults as it wrestles with more than $300 billion of debt. The company last month missed making coupon payments on two dollar bond tranches.

My assumption is this will continue to happen.

See also  "Evergrande, the world’s most indebted property developer, is set to formally enter default on Oct. 23, when the grace period ends for its first missed bond payment."

Evergrande is having to auction off their real estate for pennies on the dollar. Flooding the market with no need for demand.

See also  Canadian Truckers who cross into the US: Vaccine mandate incoming Jan. 2022...

On the backend many other business models have had to compete with evergrande, so they mirrored their structure or was as aggressive as they were, and now they have no one to sell their assets to due to auction liquidation.