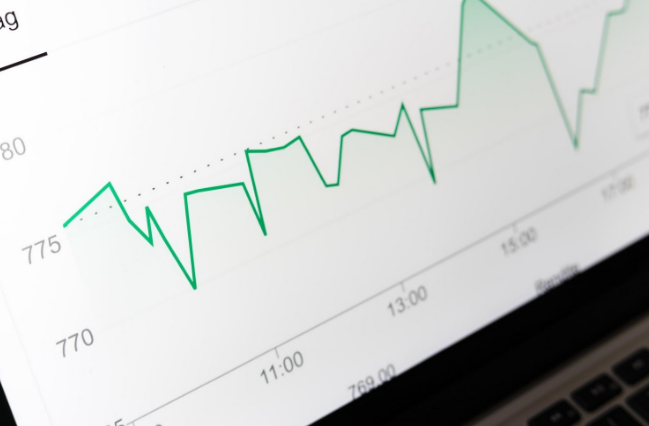 Cultures have been driven throughout history by the trading of goods and forming of currencies. The economic system within all cultures has impacted lifestyles, behaviors, social statuses, changes of power, trends and even belief systems. Innovative technology, the rise of instant global connectivity through the internet and the recent global pandemic have all played a part in transforming the current economic landscape.

Clement Perrette has been working in European capital markets for over 25 years. His understanding of investments and financial management has been honed through years of experience and practice. He most often uses his mind for numbers and wealth of financial knowledge to help advise people and companies on their financial strategies.

In a recent interview with CityWire, Clement Perrette spoke on economic fragility and bonds.

Negative-Rate Blonds are a Reflection, Not a Determining Factor

Bloomberg reported on the negative-rate bonds growing at a dramatic pace for 2020. After the pandemic and U.S. election stirring the pot, bonds are continuing to drop in value throughout much of the world. Nearly $600 billion worth of bonds dropped to negative yields in November. Bloomberg noted 26% of the international investment-grade debt has dropped below zero and into negative numbers.

But Clement Perrette sees this as a reflection and not necessarily an obstacle to be feared. He notes, “Low interest rates are mainly due to a fragile economic situation and a high overall level of indebtedness. Japan, Europe and Switzerland now have below-zero rates, and these have been negative for quite a long time now.”

He goes on to point out an example of rates staying low without major consequence, “The example of Switzerland, where it is observed that there is no real ‘limit’ to negative rates, shows us that below-zero rates are not an obstacle for economies. But what’s really important, is that this environment hasn’t stopped bond portfolios from performing well.”

Perrette notes that exit attempts from super-accommodative policies haven’t exactly gone over well. It is difficult to get away from these strategies, since high levels of debt are putting pressure on companies and governments alike.

When the Bank of Japan considered an exit strategy in 2017 from the loose monetary policy, there was a divided response from economists. The major concern was that the bank could cause market turmoil. The bank had been purchasing assets since 2014, but failed to life inflation or improve bonds.

Those attempts failed and now Japan faces even larger amounts of snowballing debt after COVDID-19 spending. While spending was considered unavoidable by many experts, there is a serious need to talk about dealing with debt. Japan Times reports, “[Experts] said the Bank of Japan’s exit strategy from its ultra-easy monetary policy will be a grueling issue, with the central bank’s ballooning balance sheet likely to pose a risk to the country’s fiscal sustainability somewhere down the line depending on the market’s situation.”

Perrette notes, “We have seen several attempts to ‘exit’ super-accommodative monetary policies. For example, in Japan in the 2000s and, much more recently, in the UNITED States in 2018 with the Fed. Each of these experiences has shown the difficulty of getting out of these policies, especially in premature situations where the high level of indebtedness has rapidly put pressure on both companies and governments, worsening their credit metrics.”

His perspective is that countries and national banks need to get these strategies in place for a long-term exit. He believes banks will not be in a hurry due to the current climate of the national pandemic crisis, noting, “In the current circumstances, any ‘exit strategy’ will be prudent, especially in view of the pandemic situation. In addition, developed market central banks have made it clear that this will not be on the agenda in the near future.”

National Debt May be Used for Good

There is a tendency to see national debt as negative. Perrette acknowledges the value of looser policies that enable countries to spend at higher rates and rack up debt. The debt can be used in ways that improve the overall population—which Perrette sees as a good thing.

“These policies aim to support the economy as a whole,” says Perette. “And all actors, including households and businesses, benefit from it, as shown by the fall in unemployment rates in the United States and Europe. The unemployment rate returned to historically low levels before the pandemic reversed the situation again.”

In many ways, the national debt is used to help even out many of the inequalities faced by certain groups within the country. Programs can offer necessary goods to those who’ve faced disasters. Many national programs for developing vaccines and offering high-demand doses are currently underway. There is always a drive to improve infrastructure and consider national defense. Without high spending, many programs that work for the national good would face an end.

But, Perrette warns, there is a dark side to the loose spending policies. Expansionary policies of the major banks boost the valuations of financial assets, which benefits investors. “From this point of view,” he notes, “those investors and players with high exposure in the markets benefit and have benefited most—increasing inequalities. Another effect of these policies, which severely penalize those who prefer cash to markets, is to attract investors into assets with little intrinsic value.”

The downside to the capitalistic reality here is that people are not being incentivized by concerns for the common good. Major investors taking advantage of these loose policies are increasing their assets, while the wealth gap continues to grow. Abuse of this issue could lead to dramatic repercussions.

“This [investment process] has generated an extremely low volatility environment most of the time,” Perrette says. “But at the same time, it creates violent corrections as uncertainties increase. That’s why discipline is fundamental in our investment philosophy.”

As an active senior fund manager and financial advisor, Perrette notes that there was increased opportunity in March for those ready to take advantage of the unusual market dynamics. Carefully considering asset valuations against the macroeconomic environment, leaders like Perrette increased the quality and liquidity of investments. They saw a proactive approach as the right move, seeing the interventionism of governments and fiscal stimulus as the only option forward.

Perrette believes the risk is currently low for bond investors:

“The main risk in the short-term is related to the withdrawal of central bank support. But, the chances for such a scenario seem rather small to us. In the medium-term, a rise in inflation would lead to higher rates and have a negative impact on bond valuations.

Our view is that rates are low for various structural reasons, such as high indebtedness and an aging population in developed countries. In this respect, Japan’s example confirms that these situations of low-interest rates can last a long time.”

He believes that adopting a flexible approach allows investors to seize key opportunities that arise with global fixed income markets.

He notes, “In our opinion, it is right to adopt a balanced profile between credit risk and duration risk.” In regards to that balanced profile, Perrette continues in detail:

“Geographically, we now read more potential in North America and on emerging market sovereigns. Since this summer, we have increased our exposure to high yield securities, a well-supported segment in the current context: it represents for us a possible source of extra-performance, while keeping in mind the considerations related to liquidity and diversification, alongside our main portfolio composed of investment grade bonds.”

The French financier has been a managing director at Barclays Capital and asset investor at RAM Active Investments. He has spent more than two decades in finance, graduating with his master’s degree in finance from HEC Paris in Jouy-en-Josas.

During the early  years of his career he set up multiple STRIPS (Separate Trading of Registered Interest and Principal of Securities) desks throughout France and other European countries. His Société Générale and Paribas  STRIPS desk became top STRIPS desk in Europe for market share by client volume. Deutsche Bank in Paris hired him to develop their STRIPS desk and manage some EUR linkers and long end government bonds.

He then moved on to Barclays Capital London in 2002 where he ran long end rates trading  before running all EUR Rates trading desks. He took a step back from trading in 2011 as Strategic advisor and then Barclays Plc  Head of Investment Function by late 2011. He retired from banking in 2013, but started working for RAM as a senior portfolio manager in 2016. As senior portfolio manager He co-manages the Global Bond Total Return (GBTR) fund.

His vision for finances has adapted with the technology changes and challenges that have rapidly changed global economic scenes. He remains an unwavering player on the field, despite the potential threats posed by fragile markets and changing regulations. His visionary insight sees positive paths moving forward into a more balanced and profitable system for world economics.