Oscar viewing fell below 10 million, a crash mode from last year’s historic low of 23.6 million viewers compared to nearly 30 million in 2019 pre-COVID. The entire entertainment industry, from movies and Oscars to football and sports, indicates that the future is not so bright and sunny. 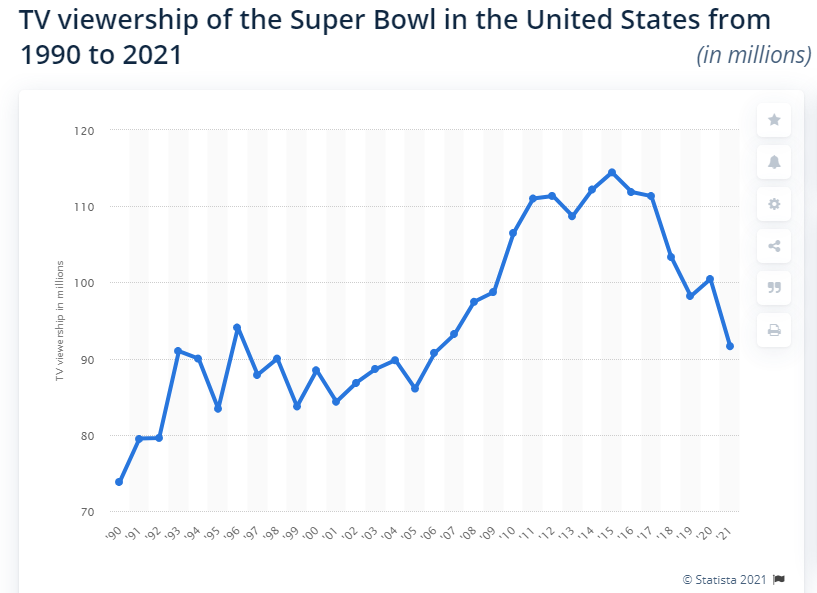 I warned back in 2016 that football was entering a bear market. Indeed, 2015 was the peak that lined up with our Economic Confidence Model. It appears we are heading into a major low by 2023. However, the final low may not appear until 2027/2028.  I have also warned that politics does NOT belong in entertainment, be it Hollywood or on the football field. People turn to entertainment to be entertained — not indoctrinated by their political views.

Interestingly, 2015.75 was the start of the Big Bang, the sovereign debt crisis that will lead to the total collapse of governmental debt on a global scale 17.2 years from that turning point — 2032. The fact that entertainment also peaked with 2015.75 is indicative of the collapse in the public confidence in the government, which is becoming escalated by this COVID manipulation where these morons think they can destroy the economy and build it back better when in fact, they are only fulfilling the forecast of our model.

See also  It took a year from the collapse of Bear Sterns for the market to find a bottom. Be patient with reinvesting your gains.
Help Support Independent Media, Please Donate or Subscribe: Trending:
See also  South Africa drops all 'covid' restrictions including vaxx requirements.
Views: 3