Here’s a link to the main article:
Senators Fighting Online Privacy Rules Take Money From Industry
“Analysis shows the 22 Republican senators behind a controversial resolution have received more than $1.7 million from the industry in recent years”
$1.7 million / 22 Senators / 5 years = ~$15,500 (average) per Senator per Year.
The CIA, FBI, NSA etc already have access to all such information.
Ad revenue? Yes, but this is far more insidious – because they can sell the data to ANYONE who is willing to pay the price. Employers, schools, health insurance companies, creditors, agenda-driven political groups who want to build dossiers on “potential enemies”, you name it.
The 265 members of Congress who sold you out to ISPs, and how much it cost to buy them
www.theverge.com/2017/3/29/15100620/congress-fcc-isp-web-browsing-privacy-fire-sale
They Betrayed You…A list of every traitor politician that voted to have your privacy taken away. 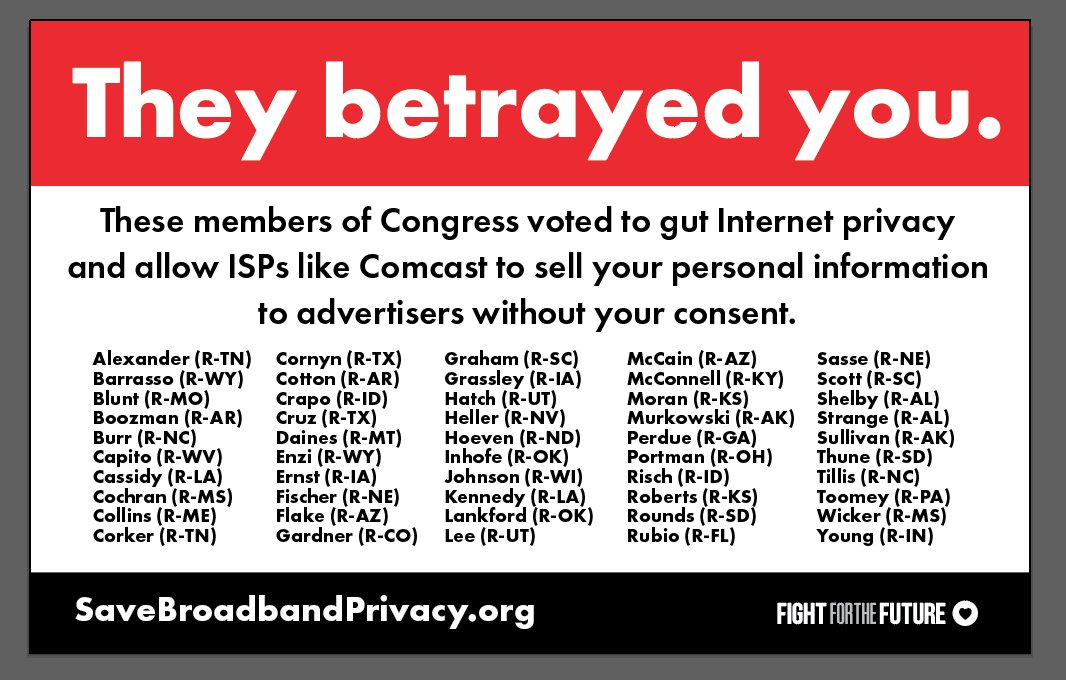 Since the ISP bill passed, more and more people are giving credence to the two party political system. It’s about time everyone recognize that Republicans and Democrats have always been working together to benefit only themselves, their industries, their corporations, and their masters. They are well aware of how polarized the people have become under the illusion of Left and Right. It’s all a reality TV show and they are acting like they are divided in order to divide us. Their goal has always been to divide and conquer, to pit us against each other, and to make us resent our fellow human.

With Congress Recently Voting to Sell Your Internet Search History, Here’s a Reminder That the Bottom 90% of Income Earners in the US Have No Impact on Whether or Not Legislation is Passed.
www.upworthy.com/20-years-of-data-reveals-that-congress-doesnt-care-what-you-think