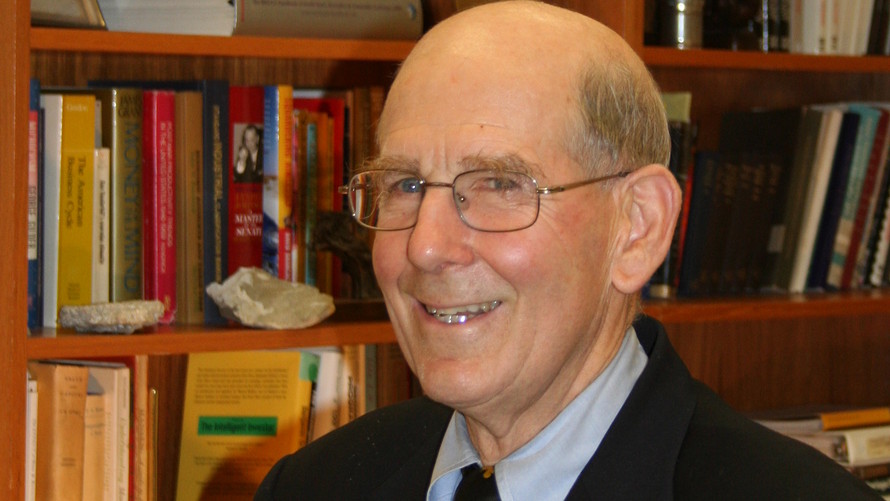 All at once, storm clouds are gathering over the world economy.

The International Monetary Fund has cut its estimates for global growth in 2019, citing concerns about weakness in Europe. China just had its slowest GDP growth since 1990, and President Xi Jinping reportedly has held secret meetings warning Communist Party leaders to prepare for “black swan” events that could derail China’s economy.

In the U.S., the still-unresolved tariff war with China and the stalemated government shutdown may be having a bigger impact on the economy than many anticipated. Ian Shepherdson, chief economist of Pantheon Macroeconomics, told Politico’s Ben White that when the ripple effects of these big events are factored in, first-quarter U.S. GDP growth could drop to zero.

Still, economists overwhelmingly expect slower growth this year but no recession. More than half of those surveyed by The Wall Street Journal in January saw recession coming by 2020.

One well-known independent economist thinks it will happen even sooner—he’s looking for a global recession to start in 2019. A. Gary Shilling, president of his eponymous consulting firm, made two of the best contrarian calls of recent decades: he saw the mega-bull market in bonds at its very outset in 1981, and in the years before the 2008 financial crisis and Great Recession, warned repeatedly that the housing bubble would turn into a bust and would take the whole economy down with it.

Now he says it’s once again time to batten down the hatches. Although he concedes that financial excesses aren’t what they were a decade ago and that the Federal Reserve is not raising rates willy-nilly—the two principal causes of recessions since World War II—he thinks the global economy will die a “death by a thousand cuts” in 2019.

Those “thousand cuts” include central bank tightening, which we’ve already seen; falling stock prices, which occurred most notably in the pre-Christmas selloff; flattening or inversion of the yield curve, which is when the two-year Treasury yields more than the 10-year note TMUBMUSD02Y,+0.97% ; widening spreads between high-yield corporate bonds (“junk” bonds) and the 10-year Treasury; declines in housing prices and activity, of which there’s been plenty; falling profit growth, which will likely happen this year; a peak in consumer optimism, as the University of Michigan’s Consumer Sentiment Index fell to 90.7 in January, its lowest point of the Trump presidency; falling global economic indicators; declining commodity prices; mounting troubles in emerging markets, and an escalating trade war between the U.S. and China, on which both countries seem to have pressed the pause button for now.

In his recent interview with me, Shilling acknowledged that the two traditional forerunners of a recession aren’t flashing red yet, which is probably why most economists still aren’t using the “r” word.

“I don’t know of any recession where you haven’t had a very distinct Fed squeeze or a financial collapse,” he said. But the Fed has raised the federal-funds rate nine times since December 2015 and though those hikes seem to be on hold for now, the reduction of the central bank’s balance sheet by selling bonds–a form of tightening—will likely continue.

Nor have we seen the vast financial excesses of a decade ago. “In my estimation, we don’t have anything huge in imbalances that are just begging to be killed,” Shilling told me. But there’s plenty of overvaluation in many financial markets, thanks, he says, to the Fed’s largesse after the Great Recession.

Before the recent sell-off, which caused the S&P 500 index SPX, -1.42%   to lose nearly 20% of its value, stocks had “way outrun profits or revenues [by any measure] you want—P/E expansion, price to book [value], price to sales, Shiller’s P/E. And what’s behind it is the Fed,” he said.

In January, he advised subscribers of his newsletter, A. Gary Shilling’s Insight, to “sell U.S. overall market indices as it increasingly appears that the long bull market that commenced in March 2009 is over and a bear market is underway.”

Regarding emerging markets and high-yield bonds, “this is one of these warning signs that there is so much zeal for yield on the part of investors that they’re willing to move out on the risk spectrum,” he said.

And with nearly $3 trillion worth of investment-grade corporate bonds rated BBB, Shilling says “you do have that risk of a cumulative dumping and in effect forcing a lot of companies into junk status,” which could lead to another selling spree as institutions that can’t own junk-quality bonds purge them from their portfolios.

The economy’s Achilles’ heel, Shilling believes, is “that there’s just been too much complacency and too much leverage built up that we won’t really see unless the whole thing comes unglued and then it’ll come out of the woodwork.”

As a contrarian, Shilling often rows against the bullish tide. He also predicted a 2012 global recession that never happened. This time around, I suspect that even if a recession doesn’t start in 2019, he’ll turn out to be not wrong, but early.