“May you live in interesting times.”

It’s a famous curse, supposedly of Chinese origin. And it seems nearly as apt today as when it first came to the attention of the Western mainstream in the 1930s.

First quoted in print to a British politician, a much less famous Chamberlain named Austen, in 1936 the saying was quickly repeated again and again throughout the mid- to late-30s in media and speeches to sum up a tumultuous period which we all know now would capstone with WWII.

But it’s appeal was about far more than the rapid rise of –isms… fascism, communism, nationalism. The world was healing…

Not only from the loss of 20 million souls to the bloodiest war it had ever known, and just beginning to show signs of recovery from America’s Great Depression…

But also from the infamous “Spanish Flu” which, in half the time of WWI, killed an estimated 2.5 times as many people: 50 million dead in a mere two years. Some believe without that pandemic, the world might have avoided the worst of the decades to come.

We don’t make a habit of steering too far out of our lane, which is firmly global macroeconomics and the history of money and wealth. But the world is ever more connected in this new millennium. And the state of equity and money markets – which have rallied enormously over the last decade of relative peace and quiet – and the world economy they reflect, are all deeply intertwined with the health and well-being of our populace.

Which is why this video, from our good friend and PhD neurotoxicologist, Dr. Chris Martenson, on the sudden new threat presented by the rapidly-spreading coronavirus warrants your attention. 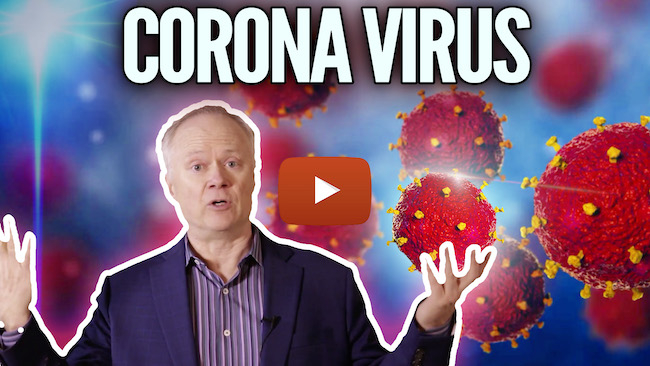 We encourage you to heed Chris’ concerns.

He’s a brilliant analyst, with a remarkable talent for sniffing out stories that are bigger than they seem: from predicting the crisis of 2008 to revealing the true scale of the Fukushima, he has been several steps ahead of the mainstream news. And this particular event, if it comes to what may, will have far reaching implications for not only your investments but your life.

Chris and his team are working tirelessly as developments evolve, and have published a number of primers and updates on the coronavirus as well, which you can find here to catch up on the science and politics of this threat in the making.