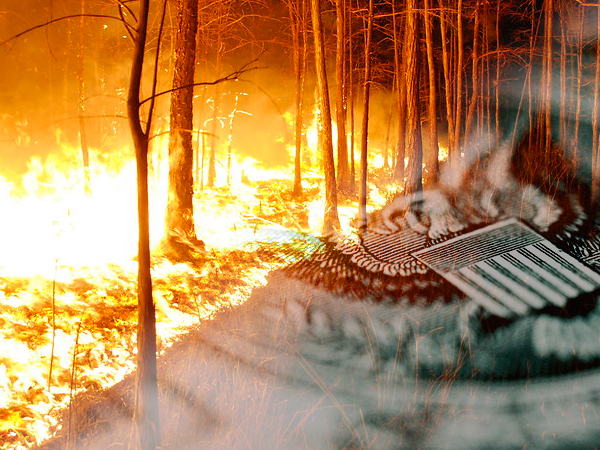 During dry season, you always want to make sure you completely put out your campfire. Otherwise, it could quickly become an out-of-control brush fire.

Right now, corporate debt is that brush fire. And rising interest rates since 2015 could compound the problem if an economic downturn occurs.

Before the 2008 crisis, Wall Street packaged mortgage debt into collateralized debt obligations (CDO) and sold them off to various funds (including pensions). Most of these were high-risk debts, and when they couldn’t be repaid, the market went into a frenzy and crashed hard.

Now, a similar “script” is being played out with corporate debt in the form of CLOs (changing CDO from “debt” to “loan”). The New York Times reported on the damage that has been done so far (emphasis ours):

Loans to companies with large amounts of outstanding debt — known as leveraged lending — grew by 20 percent in 2018 to $1.1 trillion, according to the Fed’s twice-annual Financial Stability Report. The share of new, large loans going to the comparatively risky borrowers now exceeds peak levels reached previously in 2007 and 2014.

The official chart below, sourced from the most recent FSR (Financial Stability Report), reveals the disturbing trend in “net issuance of risky business debt”:

As you can see in the chart, leveraged loans are the primary source of “risky business debt.”

Keep in mind this is “net” newly issued debt, and the standards for issuing even more risky corporate loans like this have deteriorated, not improved.

And not only have standards dropped, according to the official Fed report, corporations are holding 6 times their earnings in increasing amounts of debt:

Credit standards for new leveraged loans appear to have deteriorated further over the past six months. The share of newly issued large loans to corporations with high leverage—defined as those with a ratio of debt-to-EBITDA (earnings before interest, taxes, depreciation, and amortization) above 6—increased in the second half of last year and the first quarter of this year and now exceeds previous peak levels observed in 2007 and 2014, when underwriting quality was poor.

Agora also reported that the behemoth Citigroup is a major player in this growing round of CLOs. When the last crisis hit in 2008, they received billions in bailout dollars. In 2019, they’re doing the same thing that got them into trouble last time.

Then, Agora shared the bottom-line for comparing 2008 to now:

Again, two-thirds of corporate debt is either junk or *this* close to becoming junk — not unlike a mortgage borrower who took out a “NINJA” loan back in the day (no income, no job, no assets).

Finally, the Wall Street Journal identified this junk corporate debt “as a top vulnerability facing the U.S. financial system” in their coverage of the Fed’s new report.

This economic “brush fire” has been lit with risky corporate debt as the “fuel.”

How High-Risk Corporate Debt Could Burn the U.S. Economy

Since corporations are holding such a high ratio of debt to earnings, if an economic downturn happens, it will be harder for companies to pay back the debt.

If pension and mutual funds are invested in these companies, and they fail, retirees could take a major hit to their retirement. Not only that, a recession could be made worse as these debt-saturated corporations go out of business.

Christian Weller over at Forbes highlighted another critical risk to the U.S. economy, as this “bad debt” changes hands through various unregulated financial institutions:

Basically, a number of borrowers with bad loans could go broke at the same time, taking others down with them. This type of contagion is hard to capture, especially when debt is sold by unregulated entities.

This could result in a financial firestorm that may stir up even more market panic. Especially during uncertain trade wars, confused monetary policy, and unstable yield curves between 2- and 10-year treasuries.

Looking at the official Fed report one more time reveals a disturbing finding. It appears these obvious credit risks weren’t even a focus during Q1 2019 (emphasis ours):

Contacts also highlighted the large volume of triple-B-rated corporate bonds and growth in retail participation in corporate credit, although respondents were less focused in the first quarter of this year on stretched credit valuations.

No matter how this corporate credit fiasco turns out, turning a blind eye won’t help the outcome for the U.S. economy.

Don’t Let Your Portfolio Get Burnt

As corporations keep taking on debt, and junk debt make things riskier, the ensuing defaults could set the stage for an even nastier recession than 2008-09.

The short-term thinking that pervades the money-hoarding by big companies does nothing for the U.S. economy. Especially if both the companies and the institutions that loaned them money fail.

If you want to hedge against the potential economic “forest fire” that seems imminent, consider diversifying your portfolio with assets that are historically known for acting as a hedge. Assets such as physical gold and silver can provide your retirement a “safe haven” as markets crash.