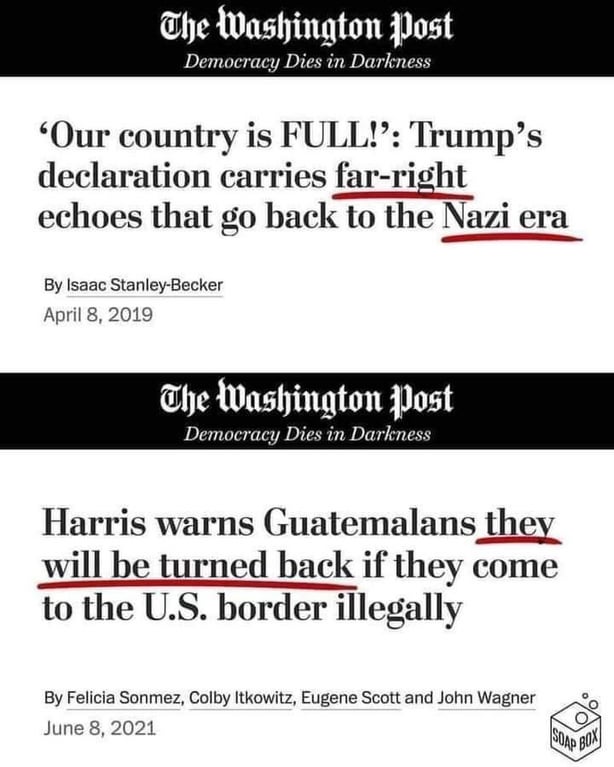 WHY NOT? THEY SLEPT THROUGH EIGHT YEARS OF HIS OLD BOSS: Most of the media will sleep through the Biden years.

Researchers analyzed reporting from major TV networks and newspapers during the first 60 days of the five most recent presidencies and found that only 19% of Biden stories were negative. By comparison, 62% of stories on former President Donald Trump were negative.

A Boston Herald editorial admitted that “the press … is treating Biden with kid gloves.”

That’s not how journalism is supposed to work. The press is often described as the “Fourth Estate” because it serves as a final check on democracy beyond the three government branches.

Under Trump, Washington correspondents embraced that role, perhaps overzealously. Journalists complained that Trump’s press briefings were “a venue for attacks on the media and a forum relatively light on information about what government is doing.” So, reporters doggedly searched for smoking guns to the point of abandoning principles and publishing conspiracy theories.

Now, these same journalists have stopped being adversarial. But why?

Because Democrat. Next question?

Trending:
See also  Jeff Bezos' Washington Post is warning the American people that Biden's Ukrainian policies have put the world 'two or three steps away' from all-out nuclear war. The mainstream media is starting to repeat concerns that were described as 'Russian disinformation' just a few months ago.
Views: 2