“Now, be careful, Fry. And if you kill anyone, make sure to eat their heart to gain their courage. Their rich, tasty courage.” – Futurama 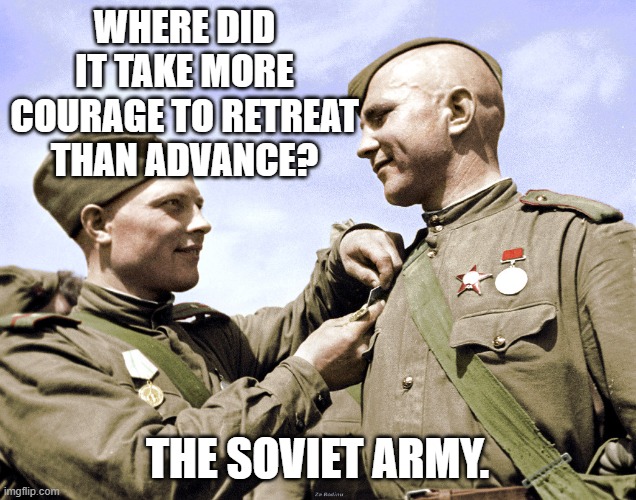 The French never go on holidays, only retreats.

The biggest pleasure of being a father is the education of my children.  This opportunity varies.  Pugsley and The Boy are the sons of an increasingly rare commodity in 2021:  they are children of an intact family.

The Boy and Pugsley are the children of me and my wife, The Mrs.  That’s rare because many, many children are raised by families that are broken or blended in 2021.  Or, raised in a home with no natural parent.

I was fortunate.  Even though I was adopted, my parents, Ma and Pa Wilder, were a common front.  Pa Wilder knew he could enforce discipline with the same effect as Ma Wilder.  That’s an aside, but it’s important.  Men learn how to be men from their fathers.  No matter how brave and stunning a Mom is, no Mother is, or ever will be, a Father. 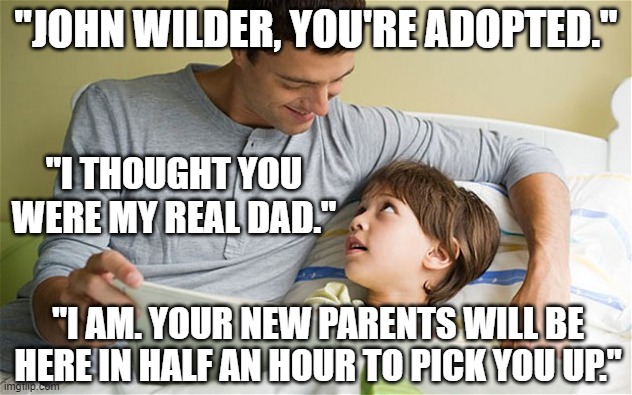 The plus side?  Every bag of chips is family-sized if you’re adopted.

So I feel especially good that I’ve had the opportunity to raise my boys with the full backing and support of The Mrs.   The idea that Pugsley could play me against The Mrs.?  Or vice versa?

That would never happen.

Even if The Mrs. and I were diametrically opposed, the idea that we would overrule each other in front of a kid?  Nope.  There was no way that The Mrs. and I could be split.  Even if we disagreed – that disagreement would be kept to ourselves until we had a knife fight to determine who was right.

What, you don’t do trial by combat at your house?  If you’re a first timer, make sure you have a suture kit available.  They’re cheap, and neither The Mrs. or I go for the eyes, so we have that going for us.

Raising boys isn’t easy – the only thing it’s easier than is raising girls.  From my experience, every boy passes through a gate – a gate where they engage in a fight with their father.  This gate is narrow.

With each of my boys, the fight was one I considered existential:  to make them men worthy of being called a man is a process.  And it consists of fighting the impulses that are natural to a boy.  Every 12 year old considers themselves the wisest man since Solomon, and considers their father the dullest man since Mr. Bean®. 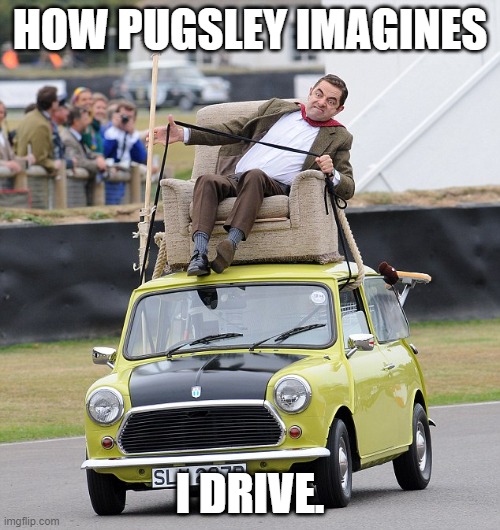 Why couldn’t Helen Keller drive?  Because she was a woman.

I have thought about it, and the most important message have I fought (in some cases for years) to put into the skulls of my sons is simple:

READ  Canada's biggest pro-Israel lobby group is working to restrict the right of people to boycott Israel over its human rights abuses.

I know, I’ve tossed around several posts about virtue that don’t explicitly state that a Higher Good is important.  Virtue is important.  But virtue must have a Higher Good to be, well, Virtue.  (Atheists that are regular readers have a Wilder Exemption Card – you’re not Evil like the other ones.)

Tonight, Pugsley and I sat in the hot tub at Stately Wilder Manor.  Pugsley is currently in the mindset where he would love to own a Mustang® Shelby© 350 or a Lamborghini™ Huracán Performante®.  Thus, he has discovered Top Gear™/Grand Tour©.  These are shows that are hosted by three British guys:  Richard Hammond, James May, Jeremy Clarkson. 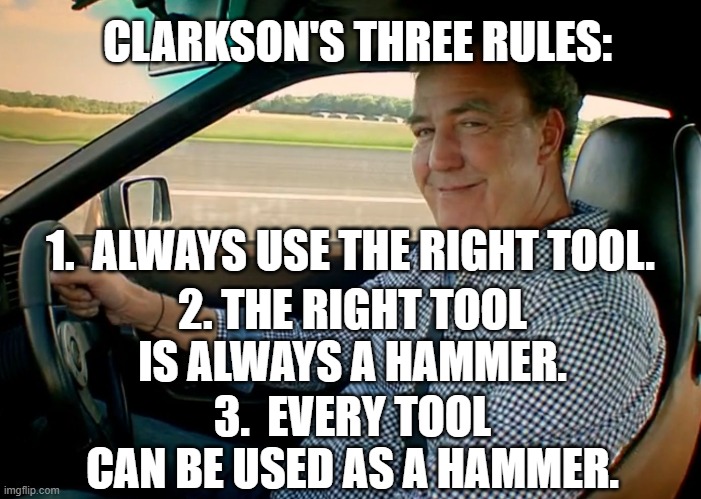 Jeremy Clarkson is the big, brash guy.  He’s also an amazing presenter.  For reasons that will become apparent if you watch it (and you should) Mr. Clarkson put together a documentary on the Victoria Cross.

The idea of watching men be courageous is important.  It’s perhaps more important now than at any time in our history, because there has been an attempt to systematically erase courage.

The answer is simple.  Courage is an individual action.  The idea that individuals have a place in society is the anathema of the Left.  It’s the anathema of Globalism.  Everyone is a simple cog in the machinery of the world.  You exist only for the glory of the collective.

Leftists (and Globalists) feel the world doesn’t need or want individuals with courage.  The world needs individuals that do what they’re told, when they’re told to do it.  No other action is acceptable – only the action approved by the collective.  The convenience store clerk must be fired when they commit the crime of heroism to save a customer.  Individual heroism?  Courage fighting against evil? 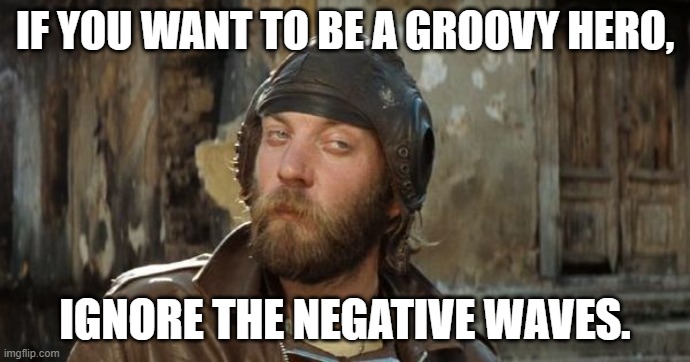 I heard about this guy who donated a kidney and was a hero – so why is it that when I donate five I’m charged with a felony?

The world has, in many respects, moved away from individuals.  Have an adversary?  Hit them with missiles from a Predator® drone that is piloted by a guy sitting in a video game chair half a world away.  Where is the heroism in that?

Okay.  Maybe a little heroism. Just as much heroism as there is in properly filing documents associated with statistics of average foot size of Vietnam veterans from Vail or Valdez or Valdosta.  So, not much.

What’s required for heroism?  What’s required for courage?  This is especially irritating, since most definitions of courage floated on the Internet are filled with corporate weasel words.  It seems that properly filing a TPS® report when the temperature of the office was not exactly between 72°F and 74°F (2.3 kg and 3.7 dl) would qualify for the definition of modern courage.  Yes.  Everyone wants to live in a mall.

READ  Yesterday had the second biggest outflows for $ARKK on record, at $200M 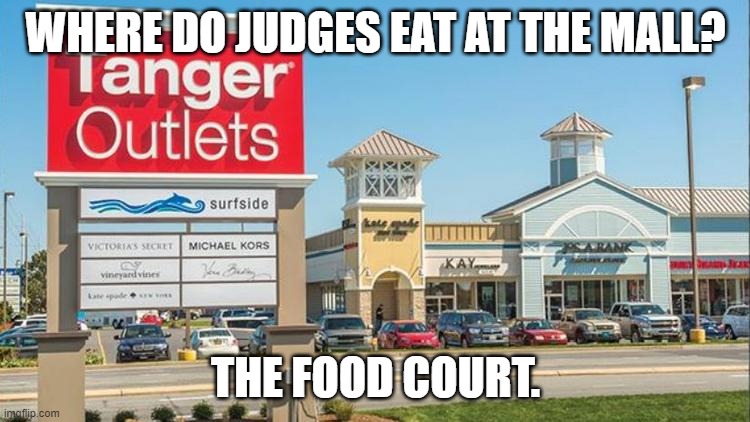 I got into a fight changing levels at a mall.  It escalated quickly.

Honestly, most of the definitions I find of courage on the Internet make me feel that the weasels that have tried to define it are the opposite of courageous.  They’re tepid things that promote the most mundane and boring of actions to the exalted level of “courage.”  Go to work and do your job?

I reject that.  I would say that courage requires these elements:

One definition had, “has to be scared.”  Nope.  Sorry.  Pissed off is close enough.  I imagine that 50% of the people we’d all agree are courageous were just plain mad.

There are lots of examples of people who showed great courage simply because they were angry.  They had lost friends.  They were unwilling to take one step back.  Fear isn’t an element of courage – fear is the enemy of courage.

“You’ve heard of animals chewing off a leg to escape a trap?  There’s an animal kind of trick.  A human would remain in the trap, endure the pain, feigning death that he might kill the trapper and remove a threat to his kind.”

That’s courage.  Bonus points if you can name the book. 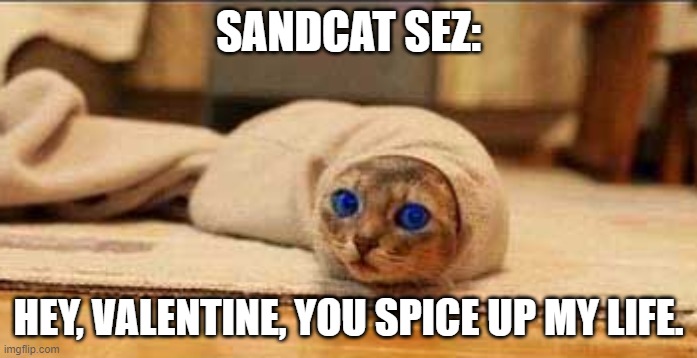 The Mrs. said she wanted to spice up the bedroom.  I hope she likes paprika.

As long as humanity survives, the actions of individuals will always matter.  As long as fathers teach sons, the era for courage isn’t over.

That’s why I play this game.  Courage matters.  Virtue matters.  A Higher Power matters.  Those are the things that make men.  That’s why I love this part of the game.  One way a man lives on are in the values he leaves to his sons.

Every time I have the opportunity to help my boys, I know I’m winning.

Always remember:  We’re not done.  This isn’t over.