Representative Nunes {Rep. Calif.} will soon send eight criminal referrals to Attorney General Barr.  Nunes has been working on this for two years, but he wanted to wait until Mueller Investigation was completed.

We do not know exactly who it is yet, but we do know this.  There are eight people involved, and I can guess who they are.  Or let’s say I can hope who they are.

Nunes called the eight “Watergate wannabes.”  He went on to tell Fox News this includes leaks of “highly classified material” and conspiracies to lie to Congress and the Foreign Intelligence Surveillance Act (FISA) court.

Nunes has tried to help President Trump from the beginning of all this.  This has not made him any friends on Capitol Hill, but I respect this man very much.  There are still a few good men left.

Quote – He explained that five of the referrals “are what I would call straight up referrals… that name someone and name the specific crimes… [which are] lying to Congress, misleading Congress, leaking classified information.”

Nunes added that “There are three [referrals] that I think are more complicated… We believe there was a conspiracy to lie to the FISA court, mislead the FISA court by numerous individuals that all need to be investigated and looked at that, and we believe the [relevant] statute is the conspiracy statute. The second conspiracy one is involving manipulation of intelligence that also could ensnarl many Americans.”

Nunes emphasized that “we’ve had a lot of concerns with the way intelligence was used” during the Trump-Russia investigation.

Although it is unclear whom Nunes would specifically refer, both Democrats and Republicans have said former Trump fixer Michael Cohen is likely to face new charges of lying to Congress. End Of Quote

Quote – “We think they’re pretty clear, but as of right now this is, this may not be all of them, but this cleans up quite a bit. We have eight referrals that we are prepared to send over to the attorney general this week.”

YOU CAN WATCH THE VIDEO IN THE FOLLOWING TWEET –

.@DevinNunes says now that Bill Barr is in place as AG, he can send criminal referrals to the DOJ regarding corruption at the FBI.

"We've been working on this for two and a half years. We're prepared to this week to send those referrals over … we think they're pretty clear." pic.twitter.com/4mh1yq0A17

I have to share this cartoon from  Zero Hedge – 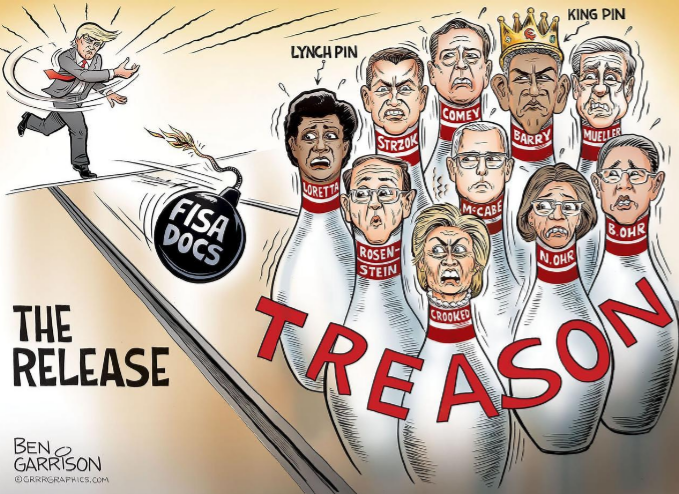 "This is the unravelling of the biggest political scandal in American history…remember, this dates back to late 2015, early 2016 & this began as nothing more/nothing less than a Clinton/Obama operation with a bunch of dirty cops at the FBI & career DOJ officials." –@DevinNunes pic.twitter.com/gg5HSPzJq2

QUOTE – “This is the unravelling of the biggest political scandal in American history…remember, this dates back to late 2015, early 2016 & this began as nothing more/nothing less than a Clinton/Obama operation with a bunch of dirty cops at the FBI & career DOJ officials.” -@DevinNunes  – END OF QUOTE

Here is another indicator from Zero Hedge – 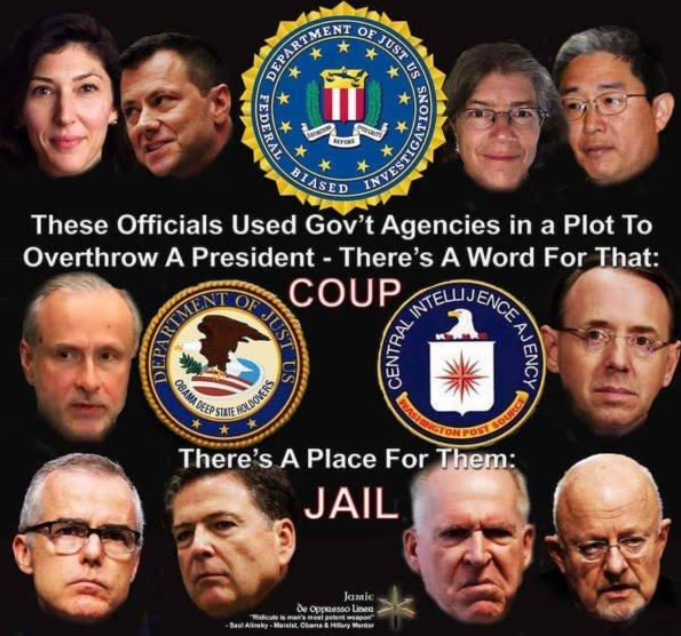 Certainly faces we will never forget.  How long have we had to look at them now?  Thank God for men like Devin Nunes.