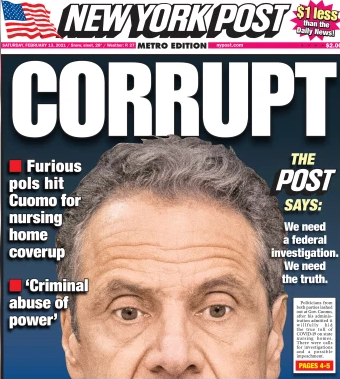 Governor Andrew Cuomo has used campaign cash to pay nearly $285,000 in bills from the lawyer defending him against sexual harassment allegations. This is how the corruption in politics unfolds. Can you imagine a fund manager being sued and using the fund money to defend him personally? That would be 20 years in jail for securities fraud. This is yet another example of how representative government is simply unchecked. There is no way to ensure honest government t under the structure we currently have. There should be an Office of Inspector General that is independent and can bring criminal charges against any politician. 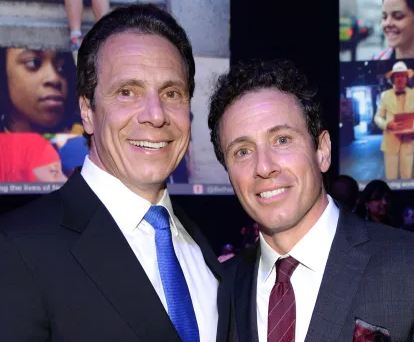 Then to cover up the nursing home deaths he caused, it is now also clear that his administration is publishing a much lower state COVID-19 death toll count than the numbers presented by the federal government. When will people simply say enough is enough? You can bet CNN will never expose the issues. CNN is about as much anti-American as any foreign enemy during the cold war.

See also  When the FBI and DoJ seize the cell phones and computers of their political enemies they ALREADY have all of the data. Public seizures are designed to intimidate and coerce anyone who might dare to oppose them. No one is safe from soccer moms to members of Congress.

Biden during the election said that there were 220,000 deaths at that time and Trump was responsible and he should not remain as president. That same logic does not apply to Cuomo or any other Democrat. The Federal death toll in New York State was 54,000 and in California, it was  64,000. So nearly half of the number Biden was talking about was in those two Democratic states alone. Does that mean that both governor Newsom and Cuomo do not deserve to be in office? The standard is anything but a standard.

Meanwhile, in Italy, they opened a criminal investigation against a vaccine for a teacher who died within hours of being vaccinated. Because this has become political, the big networks and social media must maintain safety to cover up what has taken place. We have no one to trust anymore for we are the great unwashed, not worthy of the truth, and they simply do not care about our welfare – only their retention of power.