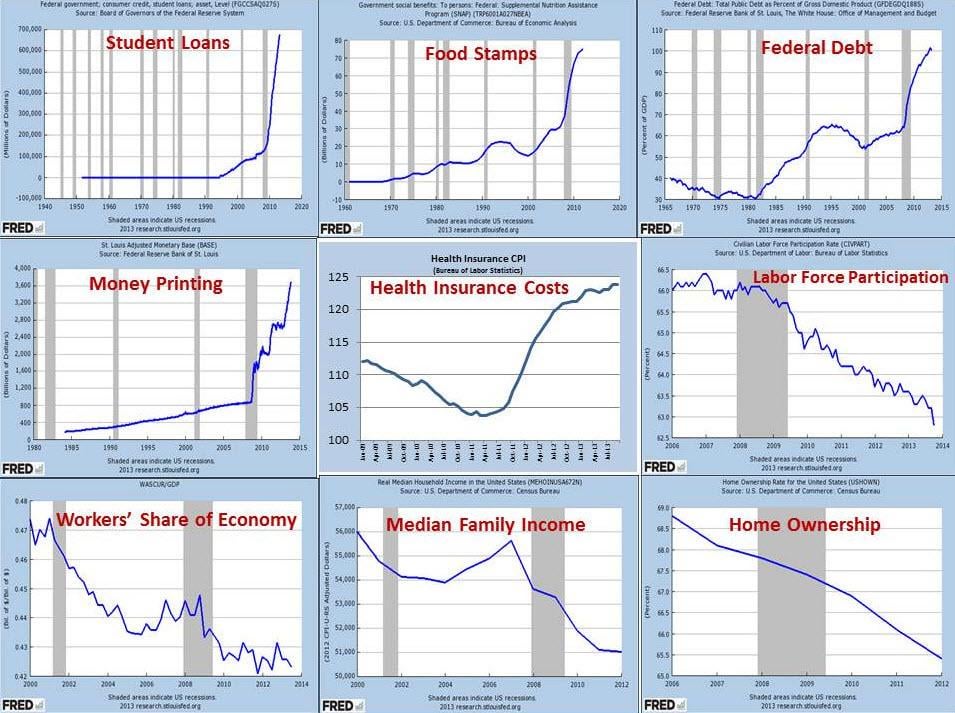 The Globalist Central Bankers have been pricing everyone out and keeping us on a hamster wheel through inflation, extreme money printing, dropping the value of the dollar, interest rates, stagnant average wages and debt traps.

A decline in the dollar’s value eats away at your standard of living. Between 2000 and 2006, average wages remained flat despite an increase in worker productivity of 15%. In those six years, corporate profits increased 1.3% per year. And that was before the recession. Since the recession of 2007-2009, the rich have just gotten richer. In 2012, the top 10% of earners took home 50% of all income. The top 1% earned 20% of all income. These are the highest percentages recorded in the last 100 years.