Crude oil started this week with a bearish price gap and a breakdown below the September and October lows. This is an extremely valuable indication. The black gold seems to have finally decided what the next big move is going to be, and by breaking lower, it effectively “agreed” with our expectations. 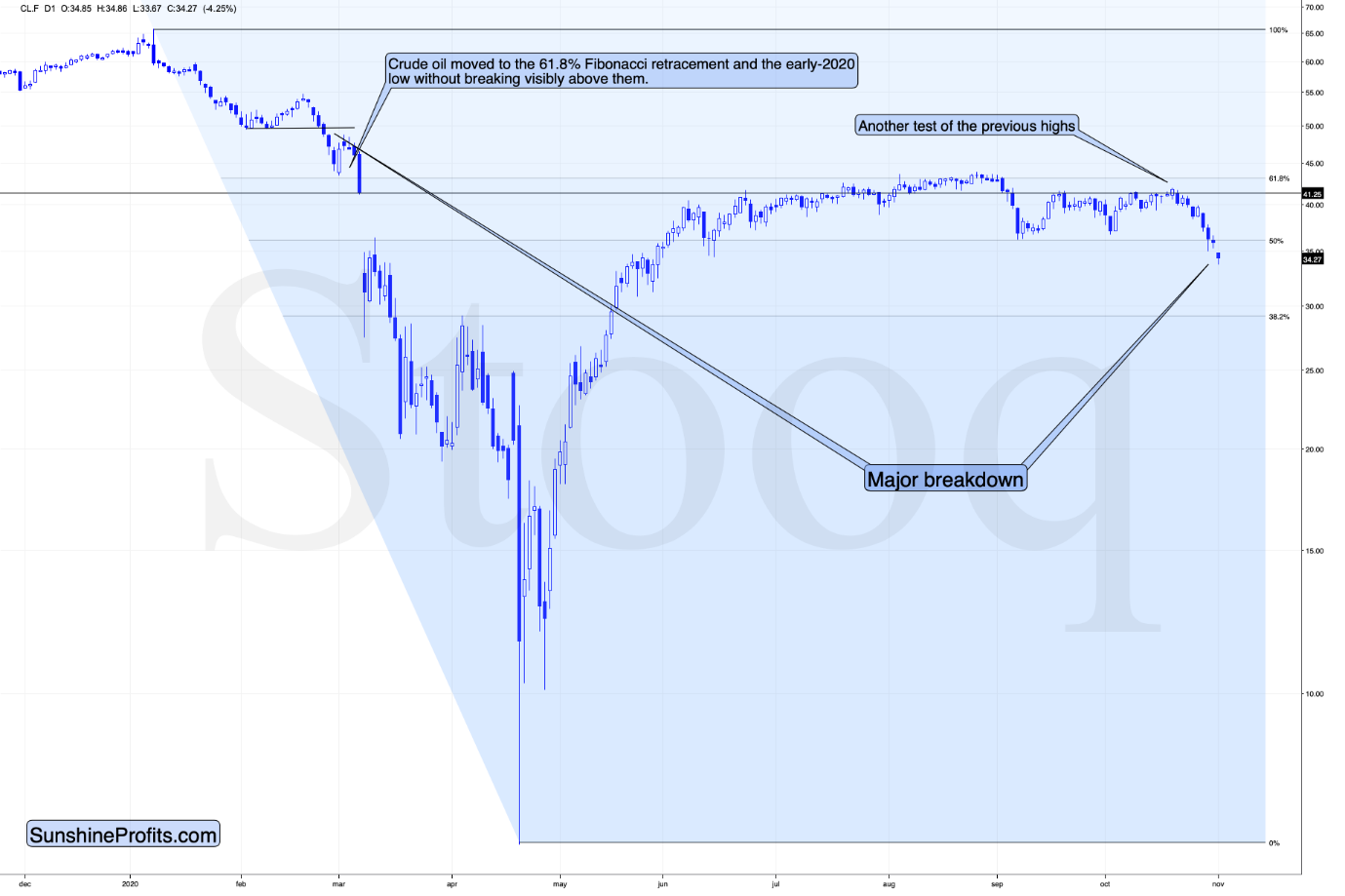 On its own, the breakdown is very bearish. However, what preceded is equally important, as it shows that this move has much more potential than just a few-dollar drop.

First of all, crude oil stopped rallying after correcting approximately 61.8% of the previous 2020 decline, which means that it was quite likely a real top instead of a fake one that will be broken shortly.

Second, the initial decline was followed by a zigzag, which is a classic corrective pattern. Since the preceding move lower was to the downside, the end of the correction insinuates another decline. 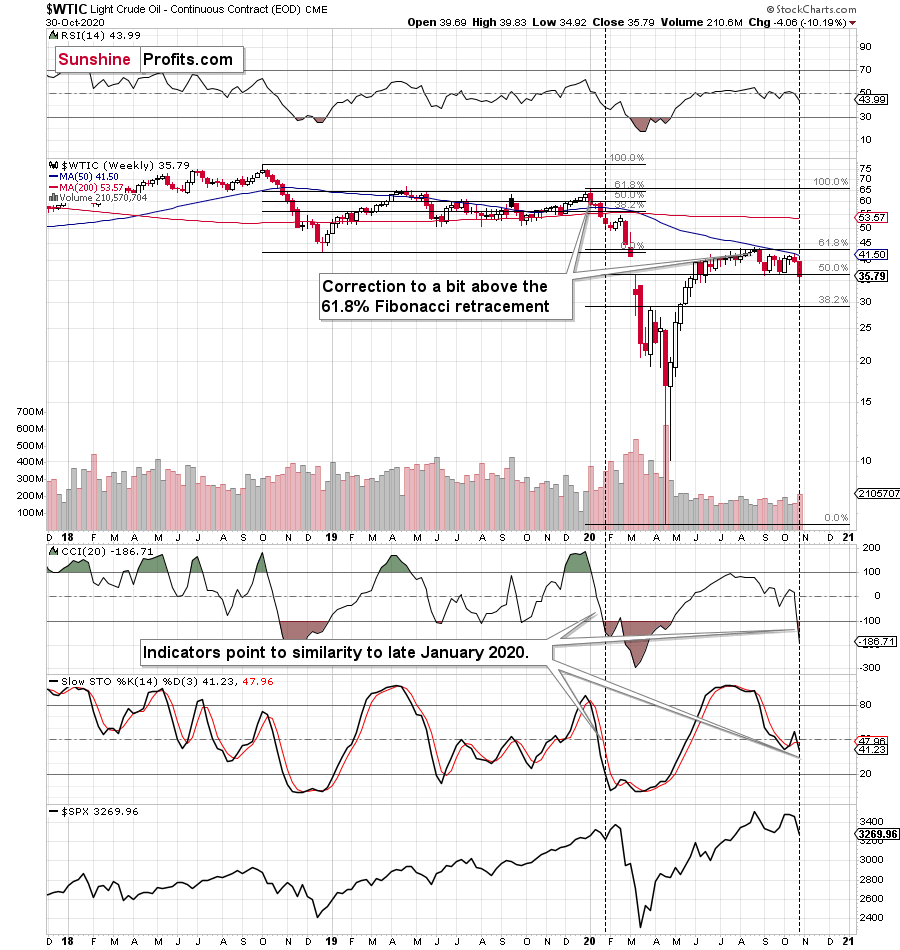 Third, the Stochastic indicator is on a sell signal.

Finally, it’s all similar to what we’ve witnessed in Q1 2020, not just the breakdown in crude oil, but the fact that it had first corrected slightly above the 61.8% of the preceding decline and that stocks were forming a double-top pattern.

Of course, we’ll be aware of the final point (stock’s double top) only after they decline further. However, the shape of the price moves (lower part of the above chart) is already similar.

Furthermore, the Covid-19 cases are soaring once again as well. Even though the fear of the unknown is not present this time, the scale of the phenomenon is much greater, and thus, the emotional reaction is also getting more serious. The charts above reflect that perfectly. Just as it was the case in January and February, crude oil is the first to show weakness, but it’s definitely not the last to do so.

The USD Index has already confirmed its breakout and is rallying almost daily, so things do really look like they did in the first quarter of the year.

To summarize, for the upcoming weeks, the outlook for crude oil remains bearish.

The information above represents analyses and opinions of Przemyslaw Radomski, CFA & Sunshine Profits’ associates only. As such, it may prove wrong and be subject to change without notice. At the time of writing, we base our opinions and analyses on facts and data sourced from respective essays and their authors. Although formed on top of careful research and reputably accurate sources, Przemyslaw Radomski, CFA and his associates cannot guarantee the reported data’s accuracy and thoroughness. The opinions published above neither recommend nor offer any securities transaction. Mr. Radomski is not a Registered Securities Advisor. By reading Przemyslaw Radomski’s, CFA reports you fully agree that he will not be held responsible or liable for any decisions you make regarding any information provided in these reports. Investing, trading and speculation in any financial markets may involve high risk of loss. Przemyslaw Radomski, CFA, Sunshine Profits’ employees, affiliates as well as their family members may have a short or long position in any securities, including those mentioned in any of the reports or essays, and may make additional purchases and/or sales of those securities without notice.