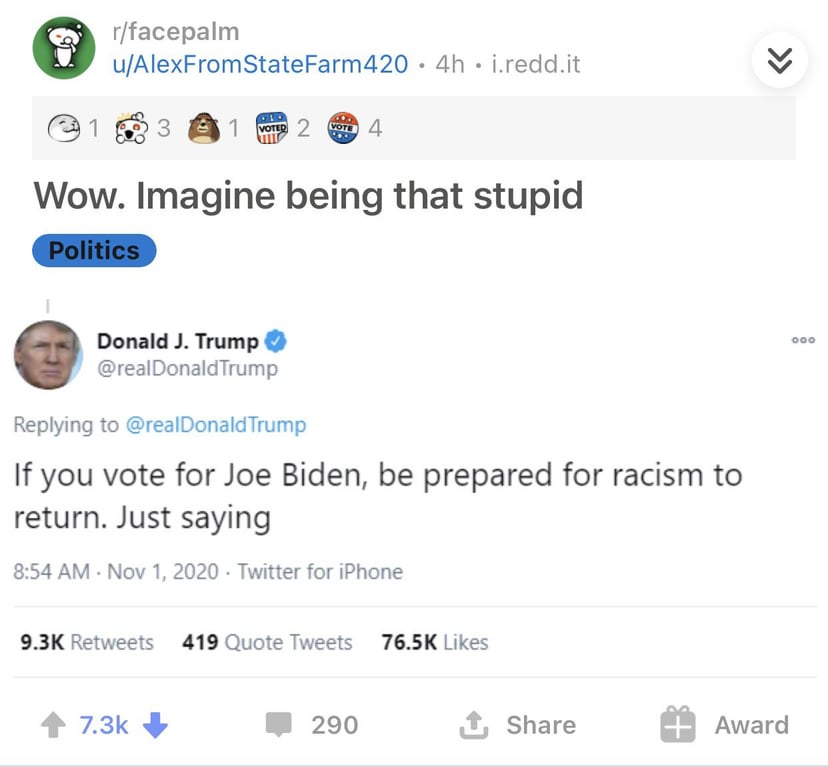 I just went over there and, granted the top comment is saying it’s fake, but there are a huge number of comments that think it’s real

This is what Trump actually tweeted at 8:54 am today; it’s a complete photoshop and the mods of that subreddit have left it up this entire time, influencing thousands of people.

I’m seeing this all over Reddit lately; be wary of what you see on this leftist site.