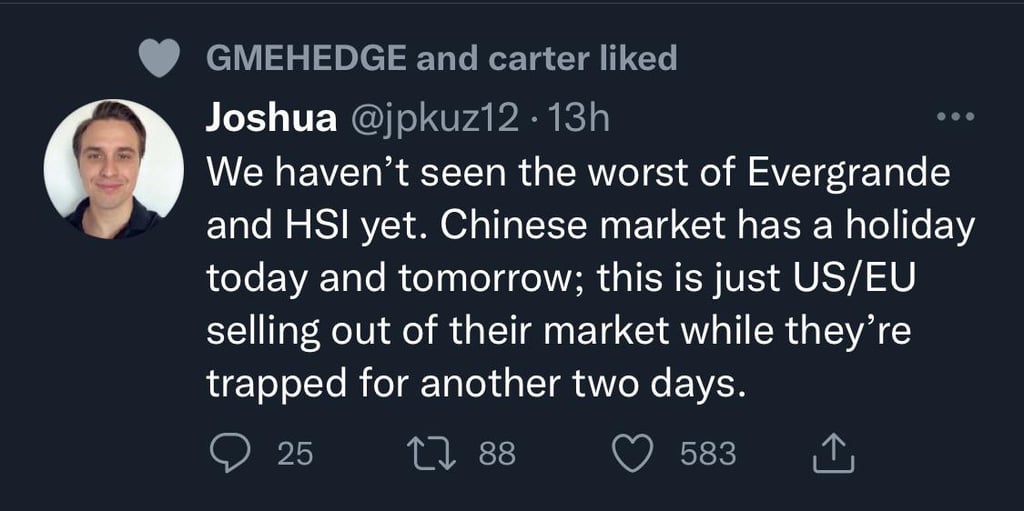 After stock markets across the world posted their worst day in months yesterday, financial analysts have scrambled to get an idea on whether a major source of the woe, China’s second-largest property developer the Evergrande Group, will be left to fend off its massive debts alone or if it will receive a bailout from the Beijing government. Today, they received some semblance of an answer.

S&P Global Ratings, one of the top three credit-rating agencies, issued a report today signaling that the property developer will likely be forced to find its own way to make payments on its $89 billion worth of loans or file bankruptcy.

“We do not expect the government to provide any direct support to Evergrande,” S&P credit analysts wrote in its Monday report. “We believe Beijing would only be compelled to step in if there is a far-reaching contagion causing multiple major developers to fail and posing systemic risks to the economy.” 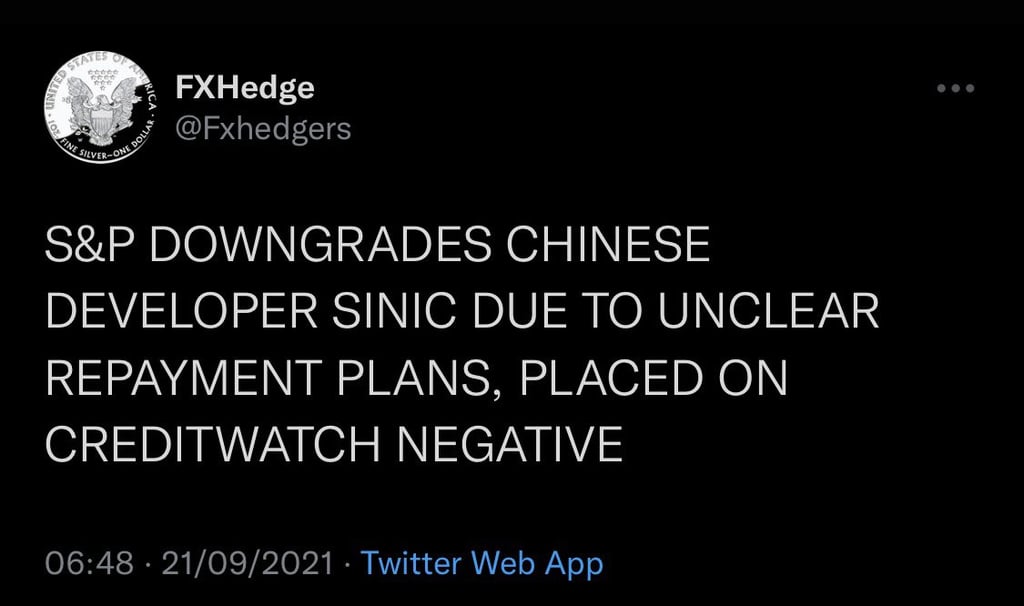 See also  Be wary of 5 wave wedges with a terminal 5th. $VIX says volatility about to increase.
See also  “You Should Have Asked Questions Your Viewers Care About” – Democrat Terry McAuliffe Abruptly Ends Interview, Berated A Reporter For Asking Tough Questions.