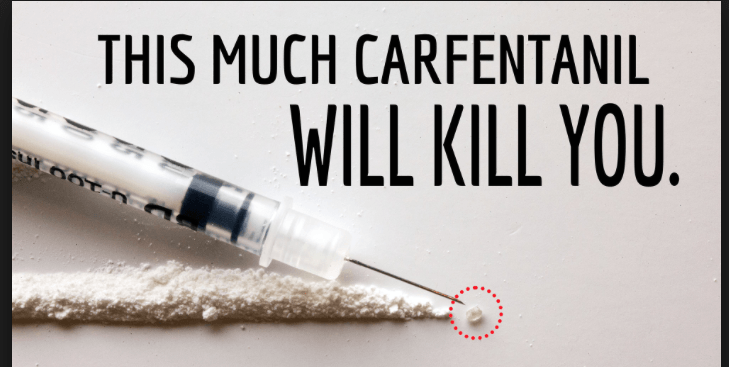 Fahad Hussain, the Danforth killer’s brother, has a long criminal history involving both drugs and guns. By court order, he lived with his family friend Maisum Ansari, his bail surety.

Fahad and Ansari had 42 kilograms of Carfentanil and 33 guns in the basement of Ansari’s home. Thirty of those guns were a single model of Glock pistol, still in their boxes.

Despite media reports, these are not small-time drug dealers. Indeed, Fahad Hussain dealt drugs, but he and Ansari seemingly had much bigger plans. Plans the government doesn’t want to talk about.

We’re only safe because Ansari’s upstairs tenant called the fire department to complain about a carbon monoxide alarm.

When firefighters arrived, they discovered a huge cache of drugs and guns in the basement and called police.

Carfentanil: Before being discovered by drug dealers, Carfentanil was viewed (and used) as a chemical weapon.

A dose of just 20 micro-grams, smaller than a poppy seed, is fatal to humans. With 1 billion micro-grams per kilogram (yes, Billion) it translates into 50 million fatal doses per kilogram.

Police seized 42 kilograms of Carfentanil, or 2.1 BILLION fatal doses, from the basement of Ansari’s home, the same home Fahad Hussain was removed from when he overdosed on a combination of cocaine, heroin and an unnamed substance..

What drug dealer can sell 2.1 billion doses of any drug, let alone one as lethal as Carfentanil?

What drug dealer ties up that kind of cash – approximately $100,000,000.00 (One hundred million dollars) – when they can order smaller amounts with far less financial risk?

But the odds that Fahad Hussain and Maisum Ansari are run-of-the-mill drug dealers are greater than getting struck by lightning. Ten times greater.

There is another story at play here – the elephant in the room – a story the government does not want to talk about. A story with a nightmare ending were it not for a drug overdose and a carbon monoxide alarm.

And the government does not want to talk about this terrorist plot.

Public Safety Minister Ralph Goodale is on record saying the Danforth killer was not known to his ministry. That’s possible, but very unlikely. With a brother in possession of enough poison to kill the entire country dozens of times over, the odds of the Danforth killer NOT being on federal radar are pretty small.

When contacted about the Carfentanil seizure and its potential lethality, the Ministry of Public Safety chose not to comment. The government doesn’t have the courage to say the seizure of 42 kilograms of Carfentanil foiled a deadly terrorist attack.

We get it. If they admit the terrorist angle they strike fear into the hearts of millions of people. We understand why the government would be reluctant to do so.

But there is the even bigger problem of optics. The Trudeau government bends over backwards to play nice with terrorists. They bring home known terrorists and let them roam free. They refuse to revoke the citizenship of convicted terrorists. They paid $10.5 million of our tax dollars to Omar Kadr. The list goes on.

The government can’t acknowledge they uncovered a terrorist operation. That flies in the face of the official narrative. Admitting these two brothers are connected to two separate terrorist attacks, one successful, the other thwarted, is definitely not on Trudeau’s list of “approved” talking points.

It’s far easier to deflect and avoid these discussions with an easy diversion. Blame licensed, law-abiding gun owners and talk about banning our guns. That plays into the emotional argument that guns are bad, instead of placing responsibility where it belongs, on the people who commit bad acts with guns.

It deflects from the politically incorrect concept that a significant terror attack could occur on Canadian soil. And they know the mainstream media will play along.

The Danforth shooting spree was a terrorist attack. The killer illegally carried a prohibited handgun and seven prohibited magazines of ammunition. Were it not for the fast police response, it is impossible to say how many more he would have killed or wounded.

Did the killer’s handgun come from his criminal brother? We don’t know, the police refuse to say what kind of firearm was used in the murders, only identifying the calibre, a .40 S&W. Police seized 30 Glock pistols with high-capacity magazines from his brother’s residence. They also seized an “assault rifle” and several magazines for it but oddly, refuse to identify that firearm either. Police have said the firearm comes from the U.S. but no other details.

Disturbingly, four Global news reporters manufactured a preposterous tale about the gun being stolen in Saskatoon. Despite the total lack of any credible evidence that this was true, publications all over Canada printed this ludicrous lie. The reporters claimed they found the firearm by perusing stolen gun records but of course, had this been true the police would have found that immediately by running the serial number through the vaunted short gun registry.

Did you question why the police could tell us the age of the killer almost immediately, but claimed not to know his name? How can they know the killer’s age if they didn’t know who he was?

Did they need the time to develop the correct spin? Something is up and it smells badly.A few weeks ago Toronto Police significantly increased security at the Rogers Centre and Canada’s Wonderland because of a credible terrorist threat?

See also  Sri Lanka introduces fuel pass to ration fuel… if you want to fill up your car you have to download a government app, upload your ID and provide full address details… you then get a QR code which allows you a certain amount of fuel for one week for a specified vehicle…

Health Canada appears to have made millions of Naloxone treatment kits available to anyone who asks for them, citing the war on illegal opiates. These are the same emergency kits used to initially treat Carfentanil poisoning. To see the incredulous number of locations where these kits available – for free – CLICK HERE on the Health Canada web site:

The public relations campaign became more important than the truth. They are still trying to make it more important than the truth. Mayor Tory continues to spew out his lies about 50% of crime guns being stolen from Canadian gun owners or purchased by straw purchasers. We told you Mayor Tory, it’s 50% of the mere 28% that are actually traced. That’s 14% percent by the way and as you well know, most of these guns are airguns – BB guns and pellet guns.

Mayor Tory, the Canadian Shooting Sports Association told you the truth and sent you the ATIP document proving your words to be false: (dennisryoung.ca/wp-content/uploads/2017/06/RCMP-ATIP-Response-Report-Crime-Guns-Domestically-Sourced-June-5-2017.pdf ) You are no longer ignorant of the facts, you are lying about the facts. You are concealing vital information from the people of Canada about the potential terrorist threats they face. Worse, if that is possible, you are deflecting the blame on to innocent Canadians that bear no responsibility for the terrible events Toronto faces.

There is more Carfentanil out there. The only question is whether our security services will find it before something truly horrible happens on Canadian soil. It would be helpful if Toronto’s Mayor stopped telling falsehoods to Canadians.