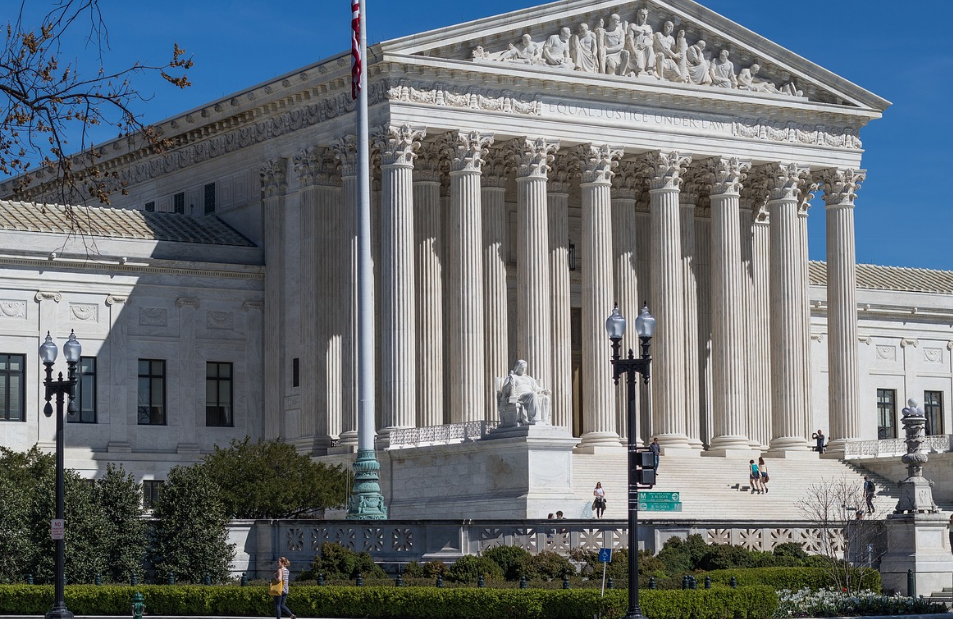 A lot of people are saying that Roe v. Wade is “finished” now that the Supreme Court has refused to block a new Texas abortion law from going into effect.  This new law bans abortions once the heartbeat of the baby can be detected, and that usually happens somewhere around six weeks into a pregnancy.  Courts have struck down similar heartbeat laws in other states, and so Texas did something to try to get around that.  Under this new Texas law, state officials will not actually be enforcing the restrictions.  Instead, private citizens have been granted the right to bring civil lawsuits against those that provide illegal abortions.

You can read the Supreme Court ruling for yourself right here.  This does not mean that the Supreme Court has decided to uphold the new Texas law.  All that it means is that the request for the law to be suspended while litigation moves forward has been denied.

Needless to say, “abortion rights advocates” have been having their way in the federal courts for decades, and this unexpected defeat has caused them to throw a massive temper tantrum.

Many on the left are trying to claim that this Supreme Court decision means the end for Roe v. Wade and that a totally new era is beginning.  Here is just one example…

“The writing still seems to be on the wall for abortion rights,” said Mary Ziegler, a Florida State University College of Law professor who wrote a book on the history of abortion law. “It’s really a question of how, when and how clearly they are eliminated.”

I have no idea why Bloomberg would ever ask a law professor at Florida State to give an opinion about an important legal matter such as this.

They never have been very good at legal analysis over at Florida State.

The truth is that the Supreme Court decision was based primarily on procedural issues, and it didn’t address the fundamental issues of Roe v. Wade at all…

Some conservative advocates downplayed the significance of the order.

“Despite the immediate hysterics from the left — announcing the effective demise of Roe v. Wade — the ruling did nothing to modify or weaken the court’s abortion precedents,” said Curt Levey, president of the conservative Committee for Justice.

However, the day will eventually come when the Supreme Court will have to make a call on Roe v. Wade.

Many are hoping that a 5 to 4 majority will strike down Roe v. Wade when that day arrives, and hopefully they are correct.

But even if Roe v. Wade is struck down, that wouldn’t make abortion illegal.  Instead, each state would be free to make their own laws regarding abortion, and unfortunately most states would choose to keep it legal.

For years, a few red states have been trying to find ways to put more restrictions on abortion, but federal courts have been nullifying such laws over and over again.

This time around, Republicans in Texas decided to take a very unique approach.  The following explanation was written by someone that strongly opposes the new law…

Here’s how the Texas law works. As Mark Joseph Stern explains at Slate, it was designed as a nakedly tendentious way to get around the entire American legal framework. It bans any abortion that happens once a fetal heartbeat can be detected (which typically happens at about six weeks), but forbids any state officials from enforcing the law.

Instead the law allows any random person to sue an abortion provider for $10,000 in civil court for providing an illegal abortion, or for aiding or abetting an illegal abortion (even if the person did not know their aid would be used for an illegal abortion, like a donation for instance), or for even intending to do so. If you post on Facebook that you’re going to donate to post-heartbeat abortion funds in Texas, congratulations, Texas just put a $10,000 bounty on your head.

That is absolutely brilliant.

I wish that I had thought of that.

If a bounty hunter wins in court, the new law says that the defendant “has to pay both party’s legal bills”…

In practice this law will almost certainly destroy all abortion providers in Texas inside of a few months. It stipulates that if a bounty hunter wins in court, then the defendant has to pay both party’s legal bills, and an abortion provider found guilty is shut down. But if the defendant prevails, the bounty hunter does not have to return the favor. It’s practically an open invitation for any conservative with a bit of money to file endless lawsuits against all abortion providers, including every member of their staff, and knock them all out of business with legal fees and harassment.

I greatly applaud whoever came up with this.

But if it gets back to the Supreme Court and the justices are forced to issue a ruling on the constitutionality of this new law, I think that a lot of people are going to be very surprised by the outcome.

We know that four justices would definitely vote in favor of striking the law down, and I have a very strong suspicion that Justice Gorsuch and Justice Kavanaugh will join them.

And I think that Justice Barrett could go either way.

In deciding these sorts of cases, the Supreme Court often gives great weight to the moral standards of the day.

You are probably thinking that they should never do that, and you would be correct.

And survey after survey has shown that a solid majority of Americans want the practice of murdering babies to remain legal.  For example, the following are the results of a brand new survey that was just conducted by NBC News…

Sadly, the numbers are likely to continue to get worse with each passing year, because about two-thirds of adults in the 18 to 34-year-old age group want abortion to remain legal.

Older, more conservative Americans are dying off, and they are being replaced by younger, more liberal Americans.

In such an environment, I do not expect that we will see the Supreme Court choose to overturn Roe v. Wade.

But the Democrats are not planning to take any chances.  In fact, Nancy Pelosi says that she is going to lead an effort to incorporate Roe v. Wade into federal law…

House Speaker Nancy Pelosi, D-Calif., Thursday pledged to bring a bill codifying the Supreme Court abortion decision Roe v. Wade to the House floor in the wake of the Supreme Court’s decision to allow a Texas abortion law to go into effect.

“When we go back to Washington, we will be putting Roe v. Wade codification on the floor of the House, to make sure that women everywhere have access to the reproductive health that they need,” Pelosi said in a news conference.

Theoretically, Republicans could simply overturn such a law once they regain majorities in the House and Senate, but there are quite a few Republicans in Congress that are pro-abortion.

So that would not be easy.

My regular readers know that I have extremely strong feelings about abortion.  I wish that I could be more optimistic that Roe v. Wade will be overturned, but for the reasons that I have just discussed I cannot.

At the end of the day, the truth is that most Americans want abortion to remain legal.

That says a lot about where we currently are as a society, and the clock is ticking.