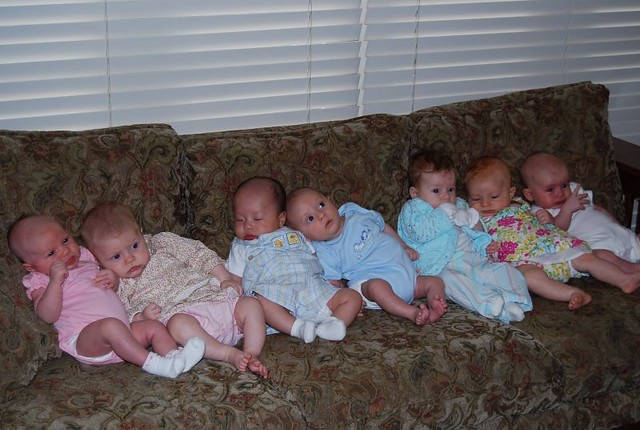 One of the greatest political oddities is that across European nations, the first and last solution to diminishing birth rates is to decide that the next generation of Europeans should be a completely different race. There is a certain shortsightedness in this idea that is not only morally questionable, but also economically stupid.
Over the last decades, the birth rate in many European nations (the “wealthier” nations) has gone down; it is now at a point where European couples are not having enough children to replace themselves. For some reason, the governments have decided that the best solution to deal with the old tropes like “an ageing population” is to bring in a whole new race of people to pay the pensions, and provide the old-age care that will soon be needed.
It is almost criminally reckless to assume that a population should continue to grow indefinitely, and their solution ignores the fact that the migrants (the new race) will eventually get old and require even more people to import. But the biggest issue is about why the governments are not looking into why the birth rates are falling. It is not as though people are not having sex; and people are getting pregnant. In fact, in the UK, abortions are at a five year high: 185,824 abortions were carried out last year.
And it can’t be blamed on “fecklessness” either; according to The British Pregnancy Advisory Service, last year, 70% of all abortions were for women who were either married or had a partner. Ignoring the moral side for a moment, why is it that people are choosing to not carry on with their pregnancies?
Studies show that when asked, the vast majority of people would like to have two or more children, and less than 5% say that they would like none. So the people want to have children, the people are physically capable of having children…But they are not.
It is all too easy to say that the younger generations are irresponsible, but the reality seems to be that they are not having children not because they do not want them, but simply because they cannot, and will not be able to afford them.
In a huge study carried out by the Centre of Economic and Business Research (CEBR) they found that:

It seems the main reason that people are not having a lot of children is financial; no other factor has such an impact on the choice for families as the economic one.
The only people who can manage to have larger families are those who are very poor or very rich. As we know, the very rich are not the majority in society, but they are breeding at a “more than replacement rate”. (On a side note, congratulations to Jacob Rees-Mogg, Member of Parliament, hopefully next PM, and proud new father to his 6th child named “Sextus”). The poorer in society are state funded. In terms of housing, it is actually a benefit to have more children as they will be provided with a larger house at taxpayer expense.
Replacing the native European population because they cannot afford to have more children is a disgrace. Do these corrupt leaders assume that the “new Europeans” will be more economically successful, and thus be able to afford more children? Or are they happy to have the whole population on Welfare?
I do not know how to solve this. But it seems not only stupid but evil to replace an entire People because of a government’s reckless fiscal policy. What are your thoughts?

See also  10Y Treasury Yield Climbs To Almost 1.8% As Mortgage Rates Rise, Cryptos Bitcoin & Ethereum Having A Bad 2022
See also  Political Collapse: Are We Witnessing The Beginning Of The End For “The Divided States Of America”?
1,580 views

8 thoughts on “Diminishing Birth Rates – Why Is the First Political Solution Race Replacement?”