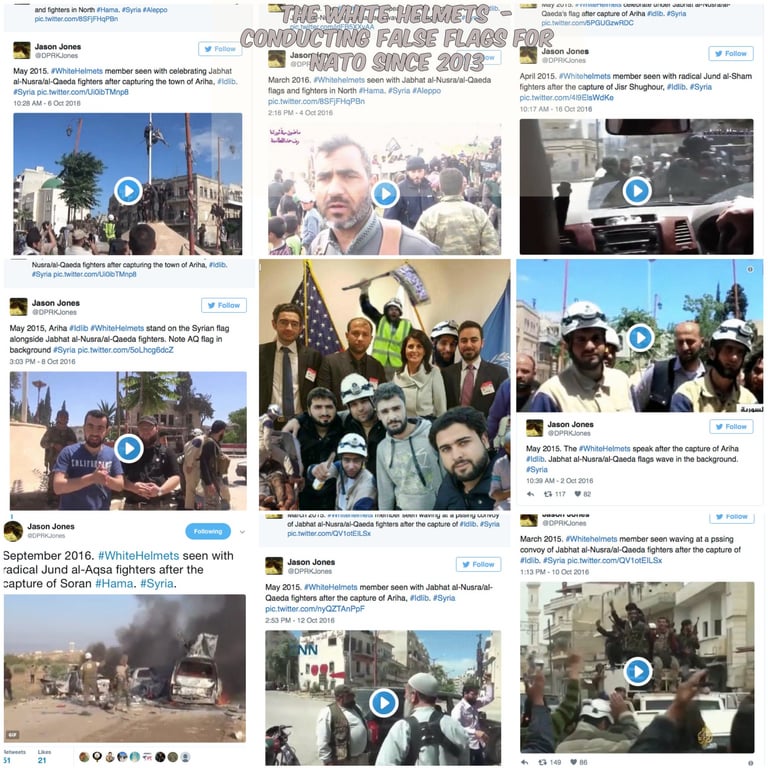 The videos below shows over a dozen occasions where the White Helmets are directly operating alongside armed terrorist groups in Syria. It also features the Saudi cleric leader of al-Nusra Front (al-Qaeda in Syria) stating on record that the White Helmets (civil defence) are mujahideen (Islamic jihadists). Additionally, it features videos of the White Helmets lead propaganda disseminator Hadi Abadallah working alongside numerous radical Islamic terrorist groups. At the conclusion of the post, some of the best western voices reveal the truth about the US and UK support for the FSA terrorists in Syria.