In our day and age, no one is surprised to hear that a friend of theirs has met their partner or spouse online. Statistics show that the number of couples who met on line has been steadily increasing over the last ten years, while conventional methods, like through common friends, are losing ground.

The online industry is very quick to respond to demand increases, and multiple services, websites and apps have emerged over the years to support the ongoing trend. Most of them offer quite a lot to those seeking love, advanced filters and algorithms, moderate subscription fees and a lot of cool extras, but, unfortunately, there are plenty who view the craze simply as an opportunity to make money, and not necessarily by performing the services they claim to.

Let’s take a look at a service that has gained the reputation of being in the latter category – VictoriaBrides. This site has fallen under scrutiny in the public eye a number of times over the last few years, but does not seem to care enough to change the model that seems to work for them and makes them money. This dating service has been accused numerous times of employing managers to talk to clients, primarily men, on behalf of the women on their sites. This scam is centered around the fact that pretty much any and every action you perform on the site costs you credits that you have to purchase, and these trained professionals will go out of their way to fake a romantic interest and try to get as much money as possible from the person on the other line of the cable. Users will soon find themselves with huge credit cad bills and nothing material to show for it. 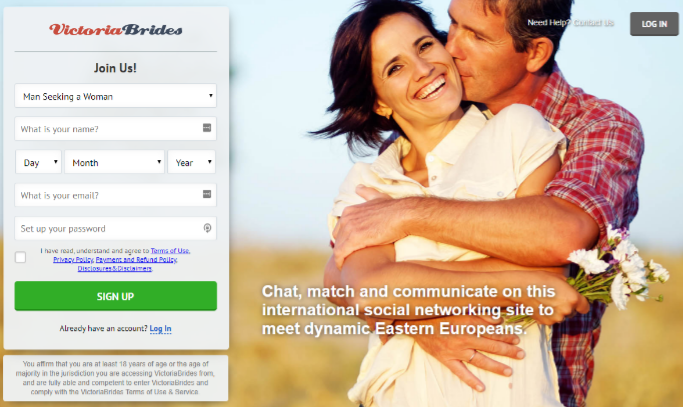 Trustpilot.com, Ripoffreport.com and other websites that aggregate real reviews for online sites and services are fill of testimonials of men who have fallen prey to such actions. Even company insiders have come forward to disclose the inner workings of the company, and it is a truly disgusting read. While researching the sites for reviews we came upon a story that forced us to center this article around it.

I was scammed out of over $187,000 by this site. The lady I was chatting with was a Russian model name Ekaterina Enokaeva. For over eight months I chatted with her. As the others have said, it became very obvious to me that there was several people pretending to be her(sic)

This is an intro to a scam report on the website www.ripoffreport.com – ripoffscams.com/reports-filed/victoria-brides/los-angeles-ca/victoria-brides-valentine-com-dream-singles-ekaterina-enokaeva-i-was-scammed-out-of-over-187000-by-this-site-kiev/74103/. The amount of money mentioned by itself is enough to grip your attention.

It became ridiculous because she would not let me get off the phone. She was insistent that I still on the phone with her up to 18 hours a day and I kept asking her how was she doing all his modeling was she was on the phone with me(sic)

This behavior would seem suspicious, but you have to keep in mind that the professional employees that the website hires are trained to formulate fake relationships to keep these men on the hook. A man looking for love on a website falls for a gorgeous Russian model, who seems to want nothing else but to chat and exchange pictures with him. Keep in mind, all of this is done through the VictoriaBrides service, so he has to pay for credits to perform any action.

She wanted me to send photos and stickers nonstop and we get upset and say I did not love her if I slow down. I stupidly fell in love and ended up spending over $2000 a day for up to three months(sic) 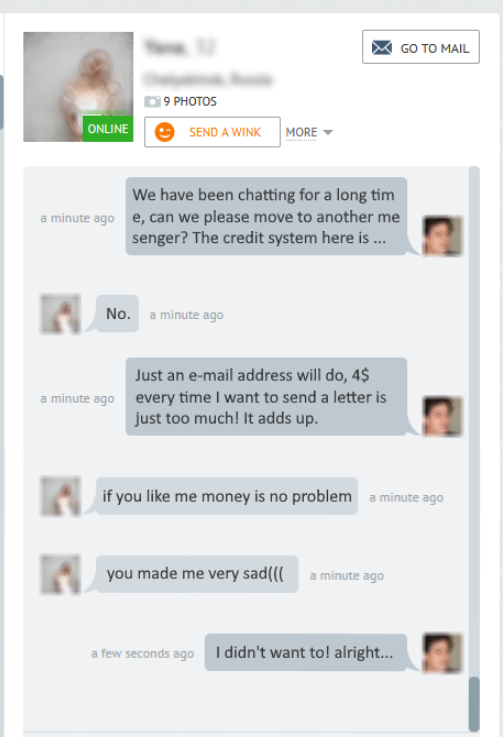 (Women, or people pretending to be them, will not agree to switch to any other way of communication udner any sircumstances)

Even the most romantic and generous person will start to suspect something after a while, and the victim tried numerous times to contact customer support. But since they are employed by the same company that orchestrates the scam, they obviously did not help him much.

She kept feeding me false information about the validity of this woman and how they were double checking her identity. I began taking screenshots of our conversations and tracking her movements to Instagram with her photos. She even sent me a video where she had the top of her face cropped off to try to convince me it was her. No matter how hard I tried, customer support would do nothing to help(sic)

If we refer to the insider information about how VictoriaBrides truly operates, we can form the real picture. The profile was handled by one or multiple managers, whose job was to entice men into as much spending as possible, since their own salary and bonuses are directly tied into that. The support obviously did nothing, since there was simply nothing for them to do – they wanted to keep a high paying client on for as much as possible.

After I told the young lady that I would no longer spend that kind of money per day and I asked her to talk to me off-line with her phone number and email address. Customer support set this up for me, and the young lady never answered the phone and stop communicating with me. She had promised to come and live with me and help me buy her two rings over $6000 each. I was a fool(sic) 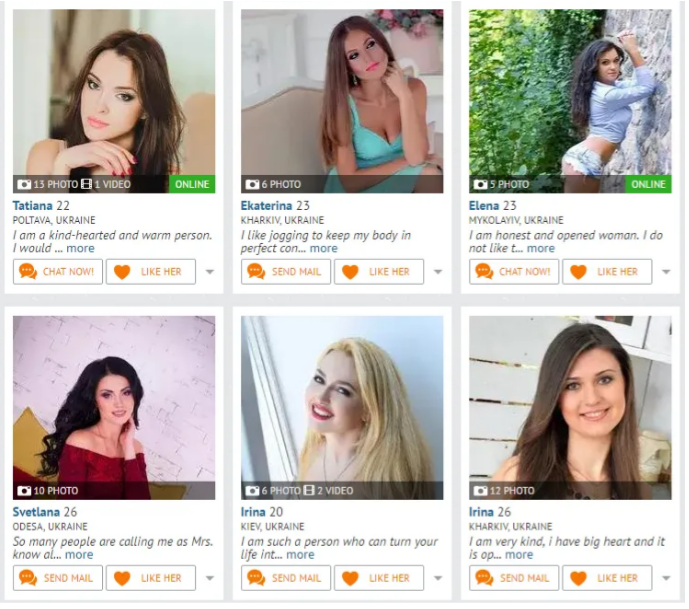 (The website uses professionally done pictures for all the women on it, VictoriaBrides claims that pictures are provided by “suppliers”)

It is indeed easy to call the victim a fool in this situation, but you have to take into account that the game was rigged from the start. Talking about such a situation is extremely hard for anyone, and the company relies on their victims to stay quiet, while neglecting the damage on the mental health that they are inflicting. 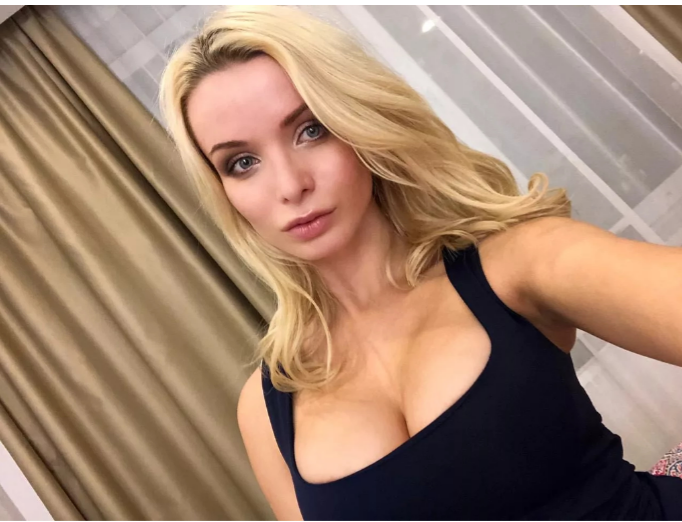 Was the dream even real to begin with? Well, the woman he mentions, Ekaterina Enokaeva, is indeed real. She is an instagram model with over 1.1 million followers, and by some reports does not even speak English. When we reached out to her for a comment via a direct message on Instagram, our request had been ignored. Her profile on VictoriaBrides was obviously created after she was paid for pictures by the company, and ran by trained and experienced managers with malicious intent.

Love, loneliness and the search for a soulmate may sometimes drive men to make very reckless and bullheaded decisions. History has proven this again and again, and what was true for poets and public figures in the past remains true for men today as well. Right now especially, with the isolation and quarantine measures in place in a lot of countries, loneliness can be a huge issue to face, and it is understandable that some might try to seize any chance they get for a connection. A lot of people turn towards the internet and online dating services for that human connection that is otherwise missing in their life. This is normal, and it’s great that we have tools that can help us remain a collective during these trying times. It is however evil, fraudulent and heartbreaking that websites like VictoriaBrides abuse these sides of human nature for profit and ruin lives in the process. We hope everyone who reads this article will stay vigilant in their search for love and do some background research before entrusting their time, money and hear to an online dating service.