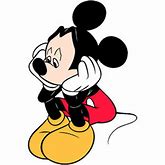 Here are the key numbers:

Disney blamed the earnings miss on the ongoing integration of Fox’s entertainment assets, which it acquired in a $71 billion deal that closed in March.

The company’s Studio Entertainment segment reported revenues of $3.8 billion during the quarter, representing a 33% increase from the same period one year ago.

Disney Blindsided by Fox Box Office Struggles: ‘Well Below What We Thought It Would Be’

When Disney fought to acquire the film and TV entertainment assets of 21st Century Fox, it expected a much higher performing movie business.

The media and entertainment behemoth on Tuesday reported earnings for the fiscal third quarter, and though its film division increased 33% year-over-year to $3.8 billion, Fox’s film business had an operating loss of $17o million, CFO Christine McCarthy said during the company’s quarterly call with the Wall Street community.

The brunt of the loss was placed on the poor performance of “Dark Phoenix,” which had a hefty production budget of $200 million not including marketing, and grossed $65.8 million domestically and $252.4 worldwide.

“One of the biggest issues we faced in the quarter was the performance of the Fox film business,” Disney CEO Bob Iger said during the call. “It was well below what it had been and well below what we thought it would be when we did the acquisition.” (The company had estimated $180 million in operating income from Fox films for the same quarter last year.)

It’s hard to feel too bad for Disney though. The studio recently broke its own annual global box office record, grossing roughly $8 billion with five months still to go in the year.

Yet Disney shares fell nearly 4% in after-hours trading after the company reported earnings and revenue that fell short of Wall Street’s expectations. Iger pointed to Disney’s $71.3 billion acquisition of Fox’s assets and the company’s efforts to integrate the businesses and personnel as reasons for the below-expected results.

“I know what happens when a company gets bought,” Iger said, “typically operations and decision making comes to a halt. We avoided that when we acquired Pixar and Lucasfilm, but this was a very different position for Fox.”