These are the Qataris that recruited Ilhan Qatar @IlhanMN :

And @CNN’s @VickyPJWard has been blocking me and the story from being published since July. She too is recruited by them. That will be exposed.

Qatar’s friend, Alan Bender is a witness to many cases involving Qatar in the USA. 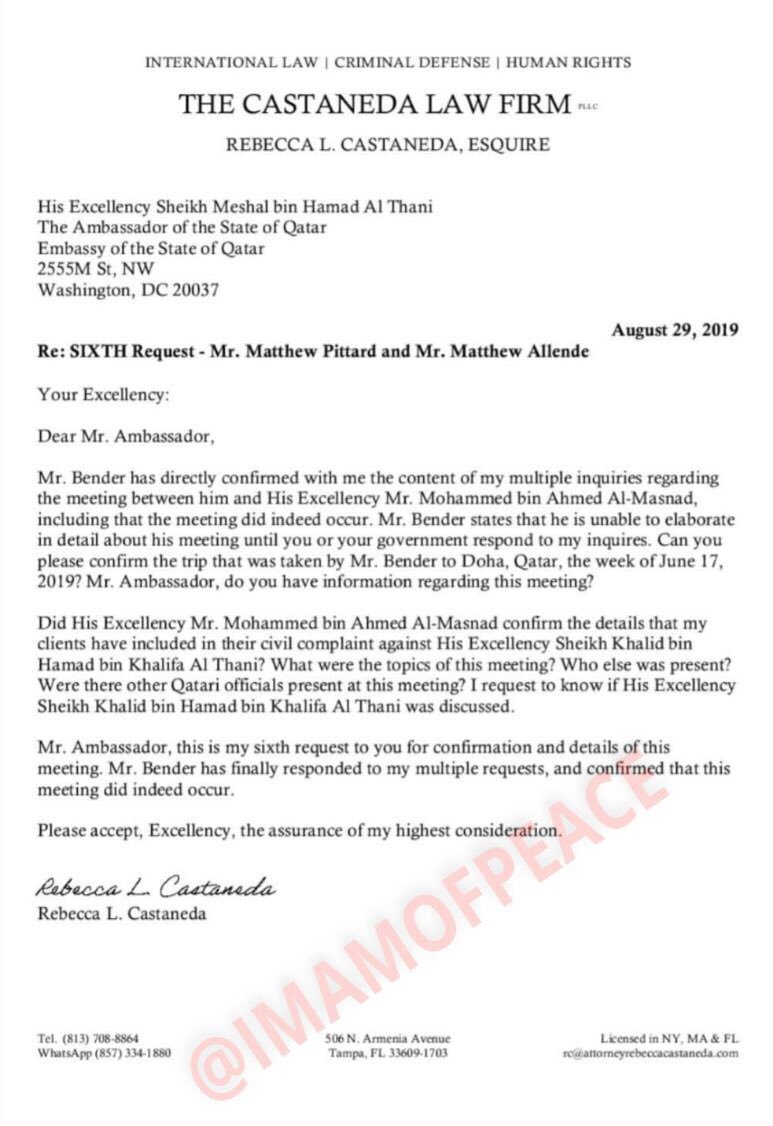 The Democratic Congresswoman is said to have passed information to Qatar which was subsequently handed along to Iran.

The claims came during testimony by Kuwati-born Canadian businessman Alan Bender, who was giving evidence in the trial of Sheikh Khalid bin Hamad al-Thani. The Qatari emir’s brother stands accused of ordering his American bodyguard to murder two people, and of holding an American citizen hostage. His deposition, obtained by Al Arabiya English, was authenticated by the attorney for the plaintiffs, according to the publication.

Qatari Intelligence Involved in Crimes by Brother of Tamim

Allende escaped from the premises, as he jumped over an 18-foot perimeter wall.” the lawsuit said

Qatar should not mediate between Iran and the US

Hurting economically and refusing to bend on their support for the Muslim Brotherhood, the Qataris shrewdly sought to curry favor with the United States by becoming the Trump administration’s interlocutor with Iran — as they had done with the Obama administration in Afghanistan.

Hormuud Entrepreneurs and the Resurgence of Al-Shabaab

Following her publicly declared support for Hormuud, Ilhan drew criticism for supporting the wrong side of Somalia (Al-Shabaab terrorists’) and not focusing on the radicalization of Jihadists in her own constituency.

The three allegedly claimed credit for the meteoric rise of Omar, saying: “If it wasn’t for our cash, Ilhan Omar would be just another black Somali refugee in America collecting welfare and serving tables on weekends,” according to Bender’s sworn deposition. The deposition was obtained by Al Arabiya English and authenticated by the attorney for the plaintiffs.