Figure 1. Chart from The Scariest Chart in the Market.

Let’s look at a few of the issues involved:
[1] The standard reason for raising interest rates seems to be concern about inflationary impacts occurring as a result of rising food and energy prices. In practice, the impact of such an interest rate change can be quite severe and quite delayed. 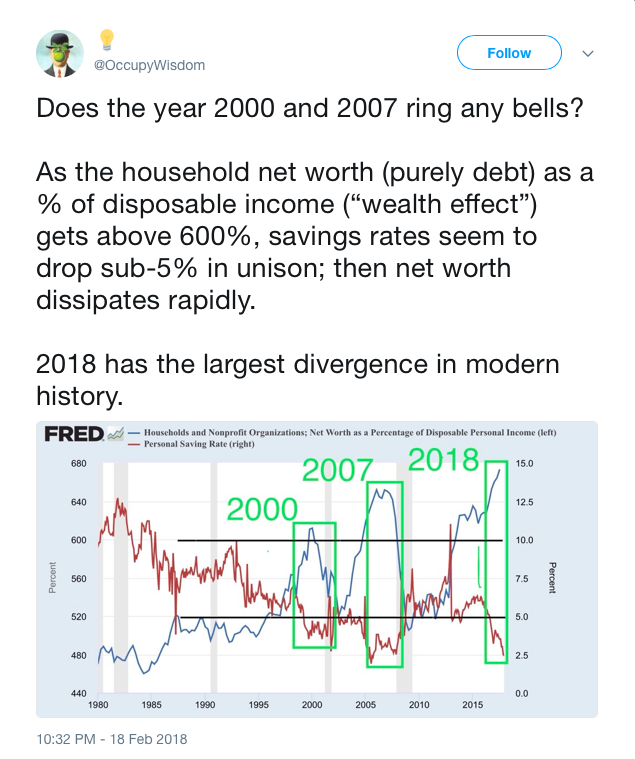 Where The Real Growth Is

The Daily History of the Debt Results

Historical returns from 02/08/2018 through 02/16/2018
The data for the total public debt outstanding is published each business day. If there is no debt value for the date(s) you requested, the value for the preceding business day will be displayed.

( Debt Held by the Public vs. Intragovernmental Holdings )

Concerns about the U.S. borrowing cap had forced the Treasury to trim the total amount of bills it had outstanding, but with the latest debt-ceiling drama over, the government is now busy ramping up issuance. Financing estimates from January show that the Treasury expects to issue $441 billion in net marketable debt in the ..
US short-term borrowing costs rise to highest since 2008

Tuesday’s auctions made up more than half of the $258 billion in Treasury debt supply scheduled for sale this week, which is projected to raise nearly $48 billion in … Concerns about an expected surge in federal borrowing have escalated after a major tax overhaul late last year which is estimated to add up $1.5 trillion to ..

Health care costs are likely to put more stress on the family budget during the next decade. The amount of money Americans spend on health care is likely to rise by about 5.5% per year for the next several years, according to new government projections on health spending through 2026. Spending on health will most likely ..