“The corporate Democrats who dominate the party’s power structure in Congress should fear losing their seats because they’re out of step with constituents.  And Democratic voters should understand that if they want to change the party, the only path to do so is to change the people who represent them.  Otherwise, the leverage of Wall Street and the military-industrial complex will continue to hold sway.”

The biggest market-moving story of the day was the news broken by the Wall Street Journal that the Fed is considering the unwinding of their Balance Sheet much earlier than had been expected.

The markets had already been factoring in two or less interest rate hikes this year, down from the original three. The Fed’s target is siad now to be 3.00%.

But it was the liquidity being drained from the financial system by the Fed’s Balance Sheet reductions that had traders on edge.

And on that news the US Dollar took a drop of a little over 80 cents, which is a fairly sizable move.

And gold and silver both rose sharply in reaction, with gold jumping almost $20 to close slightly higher than the magic $1300 level.

As you can see from the gold chart below, the breakout is not quite here yet. Gold needs to keep moving and stick a solid close over $1310.

Next week will be a key test as we will be getting quite a bit of economic news, including the January Non-Farm Payrolls Report. I have included the calendar below.

We will also be getting more earnings reports from US corporations.

Late in the day there was an announcement that a deal had been struck to ‘temporarily’ reopen the government for the next three weeks.

We will be watching the outcome of that, plus the budget debt ceiling discussions, and the impending visit by the China trade delegation. 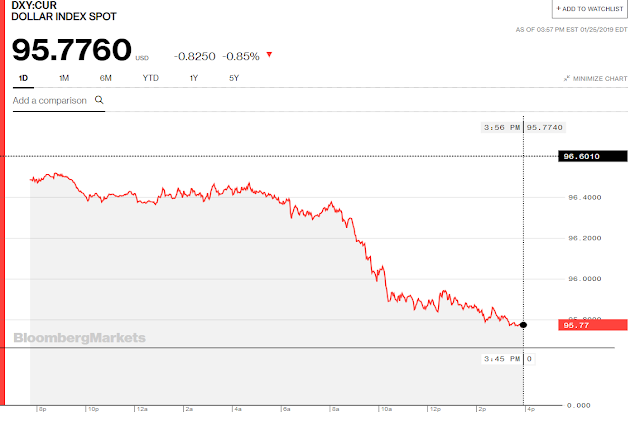 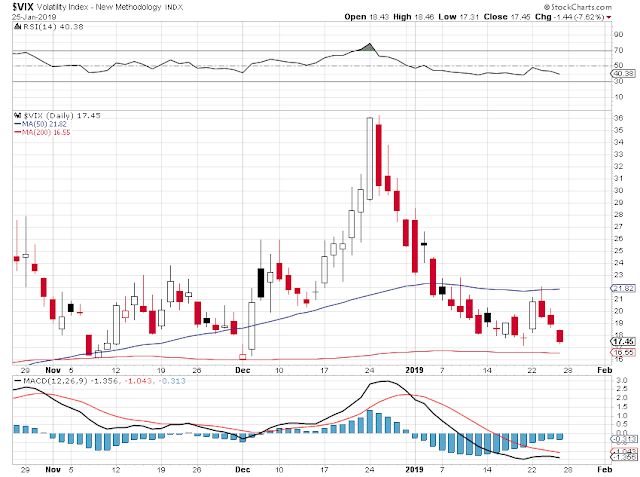 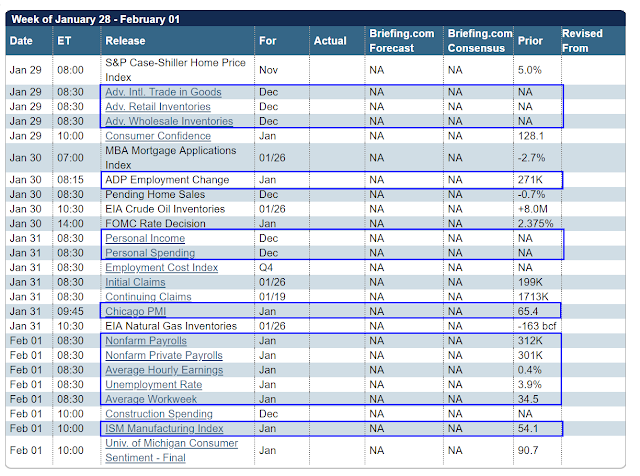 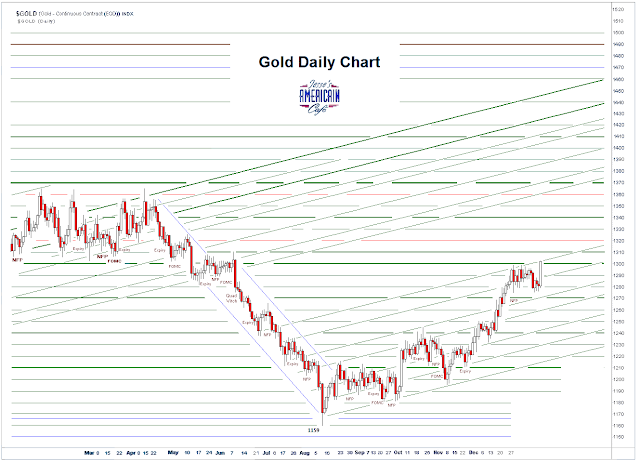 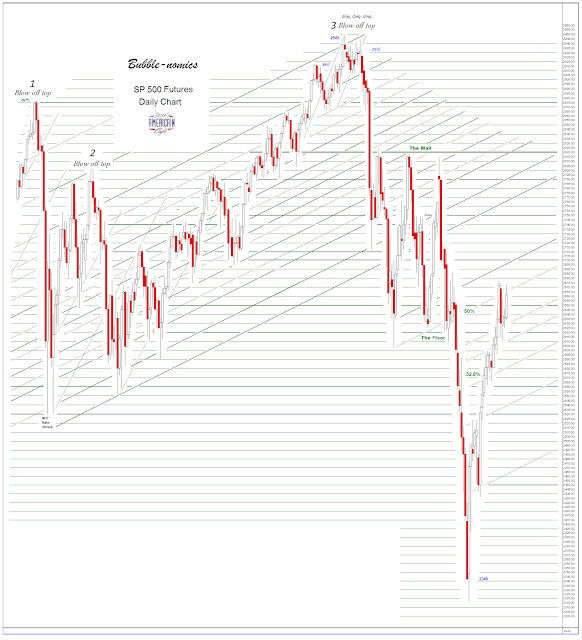 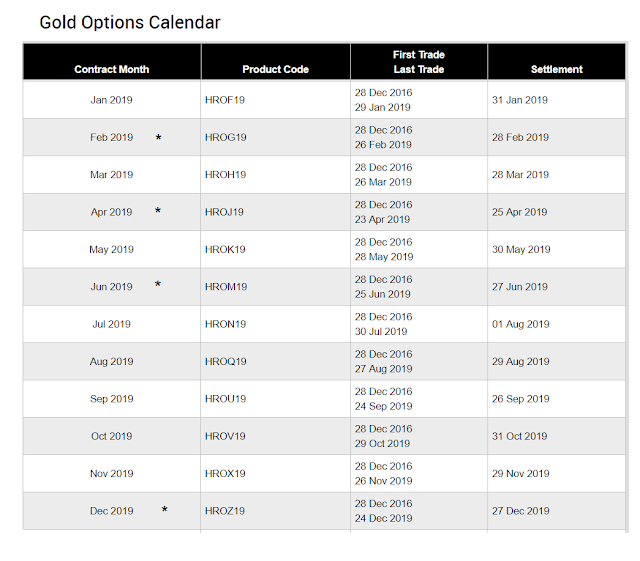 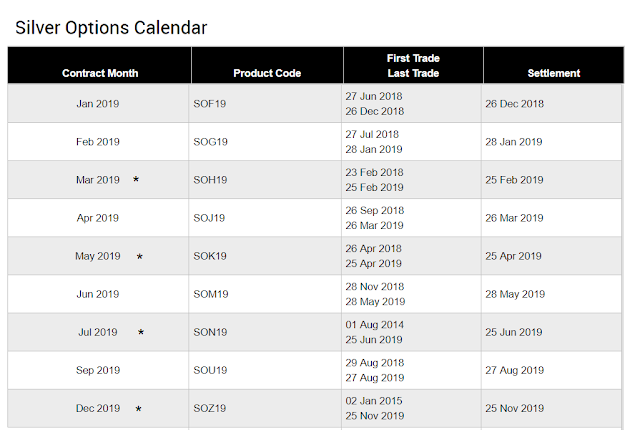