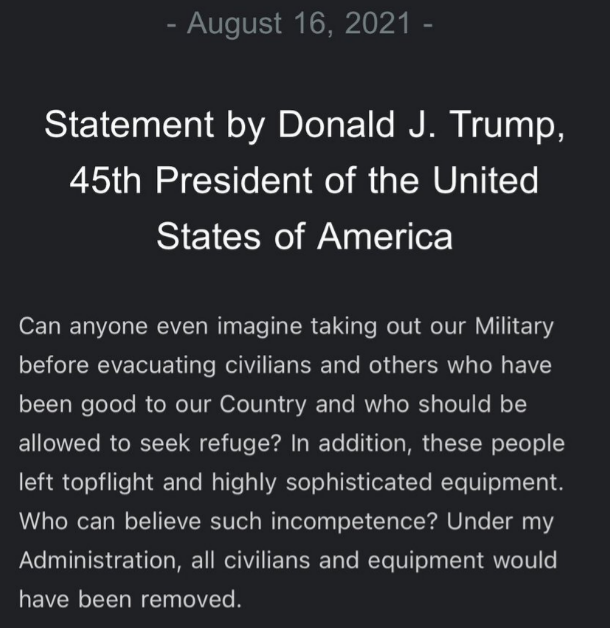 I don’t know about you MAGA fanatics, but I’m done with Trump. I was done since he started pushing the mRNA vaccines last year on the American people, Project Warp Speed and all that.

But this is too much. And I’m not buying what he’s selling anymore. I don’t want to get gene therapy from people that hate me, I don’t want refugees,  I don’t care about Tim Scott, I don’t want him to run in 2024, because he’s the guy who had the election stolen from him last year while the people who stole it have total control over the electoral system, and then he took a giant dump on his own supporters after January 6th. And don’t get me started on Israel and Kushner.

I understand: he had no support from the system, he had no people, but I don’t care. I just want to remember the good Trump, not the joke he has become. We’re going to need harder men next time around.