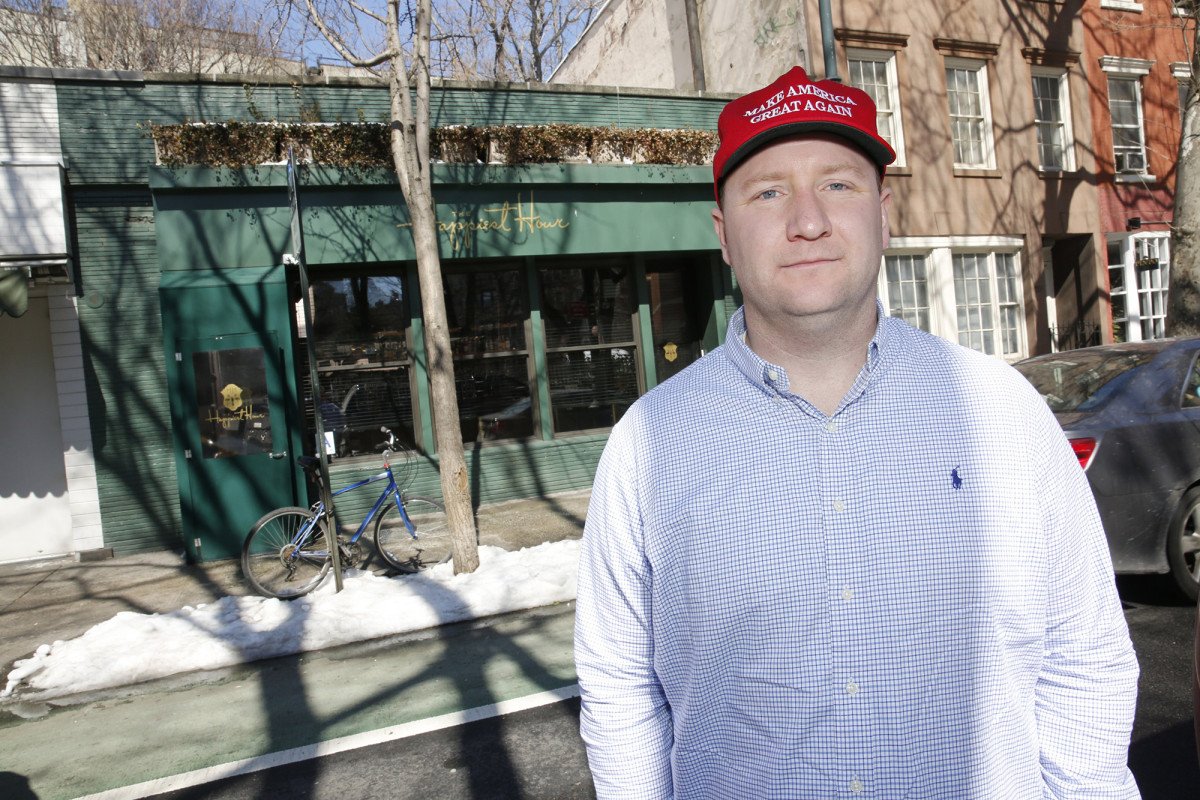 Motto: All animals are equal, but some animals are more equal than others – Animal Farm, George Orwell

Speaking of activist judges who legislate from the bench, and the immense hypocrisy and double measure which is the main feature of the “left side of the force”, today’s news is about a New York judge who ruled on Wednesday that, let me quote, “supporting Trump is not a religion”, henceforth bars and restaurants can refuse to serve people wearing MAGA hats, i.e. Trump supporters. But no one else? How does this work exactly? This strange ruling comes in the aftermath of some “normie” looking dude’s claim that he was denied service and also asked to leave a NY bar, back in January 2017, just because he was wearing a MAGA hat, which probably triggered “liberals” in the area.

According to the victim’s claim, the bar (The Happiest Hour) owner told him that, let me quote: “Anyone who supports Trump — or believes in what you believe — is not welcome here! And you need to leave right now because we won’t serve you!”

The guy who got “Zucced IRL” from a bar for supporting the President is Greg Piatek, and just like any red-blooded American, he sued over the incident,  as this happening, let me quote again: “offended his sense of being an American”. The bar owner says the lawsuit was just a publicity stunt.

So, this activist judge from Manhattan ruled yesterday that if one is supporting a sitting and lawfully elected POTUS, can end up being denied service in a restaurant or bar; moreover, a MAGA hat wearer can be asked to leave the premises, again, just for supporting Trump as the only reason, and obviously without recourse. Okay, so libertarians and Constitutionalists will argue that freedom of association is sacrosanct and if you are a business owner, you can’t be forced to do business with Trumpkins, Hillary voters, gays, blacks, Hispanics or whomever. Wait, what? Did I say gays? Blacks? Oh no, they’re a protected class under political correctness. Everyone’s a protected class in liberal-America, except from  Trump fans, or so it appears.

The judge argued that “supporting Trump is not a religion”, i.e.  political discrimination is legal, unlike religious discrimination. Now, let’s remember how a bakeshop owner was sued and massively fined after he refused (on religious grounds) to bake a custom wedding cake for a homosexual couple. This story made national headlines, as the liberals were fuming over discrimination, bigotry and all that leftist palaver. Now, if you ask me, gays aren’t a religion either, but you still gotta bake’em a cake, right? Also, this means you can be fired for your political beliefs, right? So, if you want to refuse service to gays for instance, just ask them if they support Hillary or Bernie or any other Democrat and they will probably say yes, and there you have your excuse to refuse them service of any kind.

Actually, the judge in this case ruled correctly. The real problems occur when the shoe is on the other foot, and a conservative business owner refuses to serve a “liberal”/leftist/black/gay (insert protected class of citizens here). That’s when all Hell breaks loose.

On an unrelated note (goes to our dismal judicial system), Andrea Constand has convinced a PA Jury to convict Bill Cosby. The story is up on Drudge now. Funny how they never mentioned Andrea Constand could not have likely ever had sex with Bill Cosby, because “she” has been a self-declared lesbian since 1992, when she came ‘out of the closet’. In fact, when she left the courtroom, she had two of her lesbian lovers one under each arm, smiling. The video is up on one of the links on Drudge. Cosby has been railroaded by the Montgomery County PA, which is a notorious liberal hotbed of political crony pay-to-play corruption going back 60 Years.