by Doug Casey via International Man 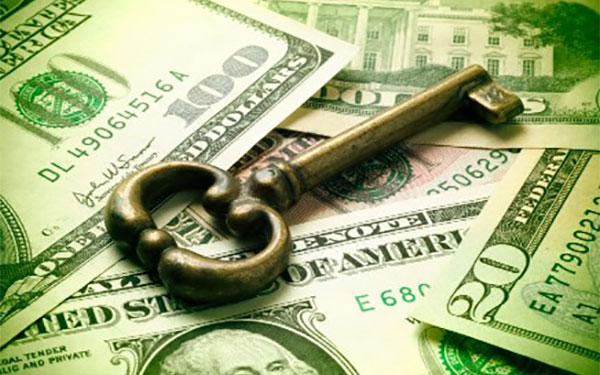 Everyone who devotes any attention to investing inevitably develops his own specialties, approaches, and methods. In other words a style. There are many paths up the mountain, and all intelligent methods have merit. But the degree of merit can vary tremendously with the times. A value investor, who attempts to find dollar bills selling for 50 cents, is going to have a tough time in a mildly inflationary environment when the stock market is booming. A growth investor, who looks for companies with rapidly and consistently compounding earnings, is going to have a tough time during a deflation. A technician, who follows the price action of charts, has a tough time in trendless markets, or periods punctuated by unpredictable events in the world outside.

What we’re most likely to see in the years ahead are titanic moves in many markets, with hard-to-predict timing and direction. Massive forces of inflation and deflation will vie with one another, and it’s impossible to say which will dominate or for how long. In that environment safety, and keeping what you have, will be critical. But safety is unlikely to be found in traditional places, simply because the market will be so radically untraditional.

It makes sense to reorient your assets to deal with the market as it soon will be, not the way it recently was or how we hope it will turn out. This may require you to act contrary to your intuition, since you’ll need to sell investments that have established good track records during good times and buy investments with bad performance histories. But that’s the very nature of buying low and selling high. You’ll never buy low if you demand a good track record.

I’ve developed what I call the “10 times 10” strategy, which is well suited to the current environment. In essence, divide your risk portfolio into ten unrelated areas, each of which has the potential, in your subjective opinion, to increase tenfold in value (move 10-1) over the course of a business cycle. In a way, the strategy seeks to go between the horns of the rifle-shotgun dilemma by diversifying broadly, but only into low-risk, high-potential propositions. Properly applied, this approach should give you the best of all possible worlds. It has certainly served me well. There are several keys to its proper application.

10 investments, or investment sectors, 10 percent each. Do not invest 50 percent of your capital in just one deal that you feel strongly about, since that will put you into the “all your eggs in one basket” pitfall. The biggest mistakes are made on the propositions about which you feel most confident.

But suppose you can’t find ten deals with enough potential in which to invest. Say you can find only three. Should you, then, put a third of your capital into each? No, for several reasons. First, if you can’t find many high-potential deals, it may be a sign that the market is overpriced and you’re better off waiting. Another reason is that any one deal can go to zero, a complete wipeout. Losing 10 percent of your capital is endurable, but 25 percent, or 50 percent, or even 75 percent is a different matter. I’ve been tagged for numbers like that in the past, and the experience reemphasizes the first rule of investing: “Keep what you have.” And that aphorism brings to mind another: “First make a plan; then, follow the plan.” In this case the plan calls for 10 percent per deal, and ad hoc changes will undermine any plan.

Unrelated investments. Buying ten different junior mining stocks doesn’t diversify you, except among junior mines. The ten areas should be unrelated so that if, for instance, gold crashes, only a part of your capital will go with it. Ideally, the ten different investment areas should tend to move independently of one another—gold and bonds, or banking stocks and the T-Bill–Eurodollar spread.

Especially in the current explosive financial atmosphere, almost anything can happen, and the number of stable points around which you can plan your life are decreasing. Today’s speculations could be tomorrow’s blue chips, and today’s blue chips are increasingly speculative. It’s enough to turn a skeptical investor into a nihilist.

Potential to increase tenfold in value (10-1 potential). Since we all make mistakes, your winners must have the potential to more than make up for your losers. With this approach, even if 90 percent of your investments plummet to zero but you have been right about just one, you will have preserved capital. A couple of your choices may go to zero, several others may drop 50 percent or so. But some others will likely double, or quadruple, or better. The emphasis is, obviously, on highly volatile, but also highly depressed, situations.

And if you stick to investments you think have 10-1 potential, then you’ll probably find yourself buying only depressed situations with relatively small downside risk. But high-potential investments, like start-up companies, can and sometimes do go to zero (bankruptcy).

Over a business cycle. What should your time frame be for performance? Business cycles vary in length, but the timing from peak to peak, or trough to trough, usually lasts from five to ten years. The average holding time would therefore be from two and a half to five years, that is from trough to peak, or peak to trough for other kinds of investment.

A long holding period is important for several reasons. It will guard against overtrading and against trying to second-guess yourself. It reduces transaction costs. And, as the government tries to prop up the economy with ever more desperate measures, the short term will become more unpredictable while, paradoxically, the long term becomes more certain.

With the “10 x 10” approach, your net results should be quite satisfying and the risk far less than first seems to be the case. First, diversification always reduces risk, and a disciplined approach to being in ten unrelated areas greatly lessens your risk regardless of the volatility of each component.

Second, you are only likely to get 1,000 percent returns over a business cycle in those investment areas which have already crashed and have hit bottom. The path to low-risk profits is to “buy low and sell high,” and this method enables you to put the theory into practice.

Third, by its very nature this approach is contracyclical and acts as a hedge. In good times, it forces you into depressed investments that will offset the drop in value of your real estate, your business, and your pension plan when times turn bad. In bad times, it forces you to take profits, because you’ll likely have achieved at least a couple of ten-for-one shots, and forces you to reinvest the proceeds in the victims of the current cycle, such as conventional good-times investments like stocks and real estate.

It should be obvious that this approach does not lend itself to investment vehicles like most mutual funds, or popular, large-capitalization stocks. It relies on volatile, low-capitalization, relatively unknown stocks, supplemented by the use of moderate leverage in assets like commodities, convertibles, options, bonds, or real estate when appropriate.

Editor’s Note: Unfortunately most people have no idea what really happens when the stock market collapses, let alone how to prepare…

The coming economic turmoil is going to be much worse, much longer, and very different than what we’ve seen in the past.