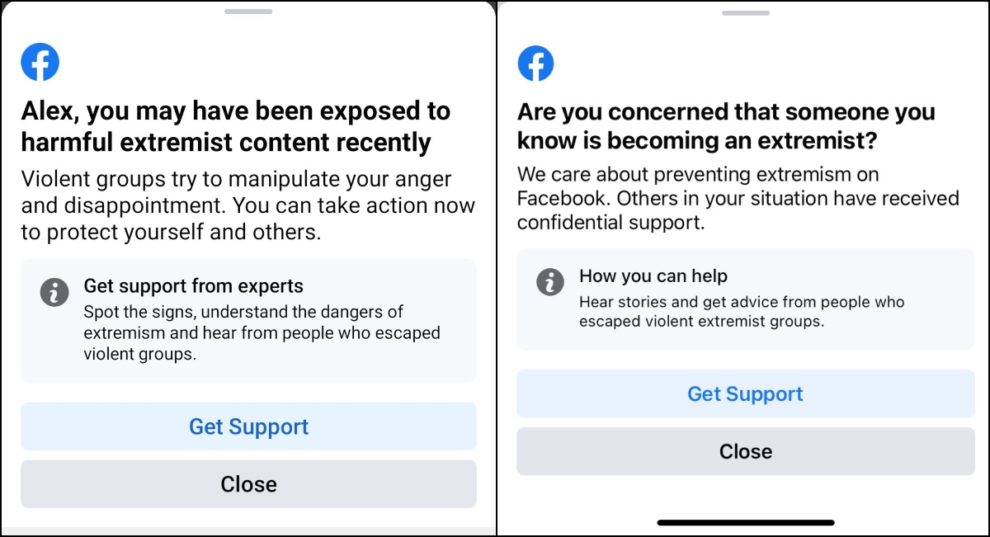 Facebook users are reporting they received alerts, “you may have been exposed harmful extremist content recently,” and “are you concerned that someone you know is becoming an extremist” with a button to click to get support.

“It got more interesting today. A FB friend got the first message. After viewing their post about it, I got the second message to pop up. The FB friend is an outspoken conservative and even has appeared on major cable news networks – Kind of like Alex has.” 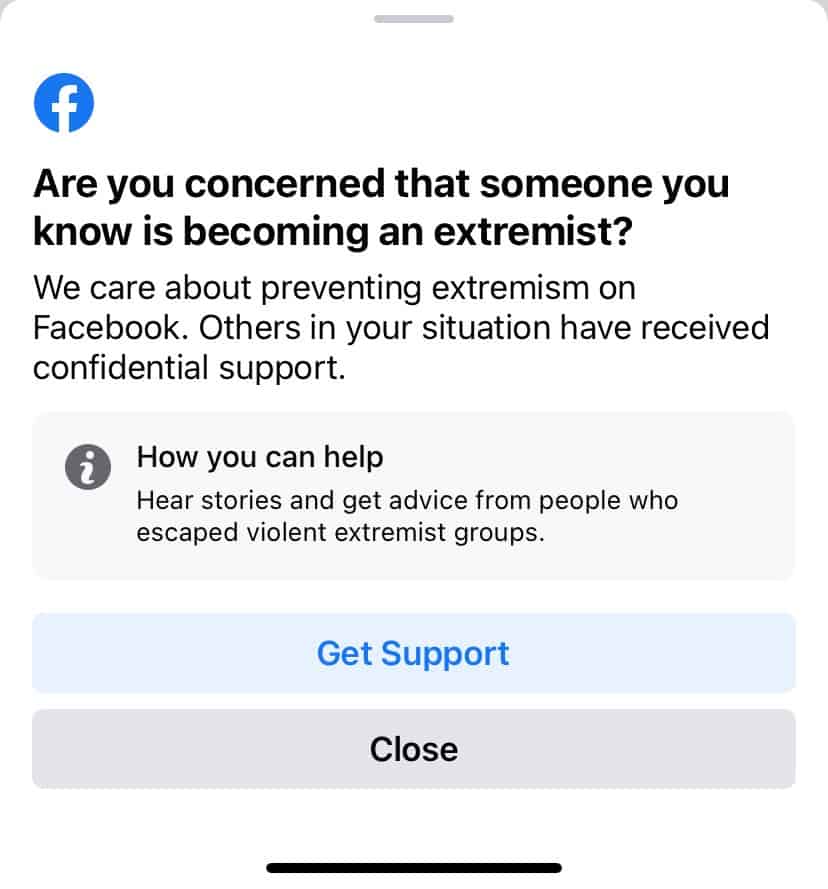 Facebook has rolled out new warnings to people who may have been exposed to “extremist content” or have “extremist friends”. This is what it shows when you click “get support”.