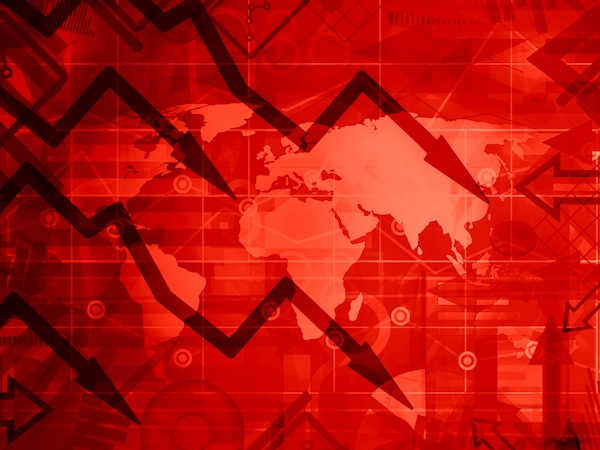 International Man: Throughout history, governments have used crises—real or imagined—to eliminate freedoms, expand the power of the State, and justify all sorts of things the populace would never accept in normal times.

This was when he and other leaders came together to form the United Nations, which they probably could not have created without the crisis of WWII.

Ever since, it seems that each new supposed crisis causes a further centralization of global power.

The War on (Some) Drugs, the War on Terror, the COVID hysteria, and the so-called climate crisis have all ratcheted up the centralization of power on a global scale.

What do you make of this trend?

Doug Casey: It makes sense that Rahm Emanuel, a sleazy Obama apparatchik, would have stolen the phrase from Churchill. But the statement is quite correct, regardless of the source. Government lives on crisis. As Randolph Bourne said, “War is the health of the State,” and there’s no crisis like a war. But any kind of crisis can work.

Whenever you have a crisis—whether it’s a military, political, economic, financial, or social crisis—the mob calls for strong leaders to kiss it and make it better.

This plays perfectly into the hands of the kind of people who work for the State. As far as I’m concerned, it’s a psychological flaw in humans, stemming from the fact that we’re pack animals.

I’m not sure how we solve this problem other than delegitimizing the idea of the State and defanging it as much as possible. And stop lauding, even apotheosizing, its employees. But as long as the State exists, its basic impetus is to seek out crises. Crises benefit the State as an institution but also the people who work for it.

International Man: The COVID hysteria took the cynical concept of “never let a crisis go to waste” to a whole different level. Never before had the edicts of an unaccountable global institution like the World Health Organization (WHO) affected so many people in such drastic ways.

It seems the average person not only has to worry about local and federal bureaucrats affecting their well-being but also global ones.

Doug Casey: Over the last century, the reach of the State has moved from a local, to a national, to now an international level. This is what the concept of globalism is all about.

The good news is that the bigger and more complex anything gets—including the movement towards globalism—the more inefficient, corrupt, and unwieldy it becomes. So perhaps the idea of globalism is getting big enough to self-destruct.

In the meantime, some of globalism’s and the State’s most effective minions are NGOs (non-governmental organizations). They are generally supported by private giving, often in estate planning. When people die, they often want to do something for the benefit of humanity. That’s an understandable emotion, although charity generally causes at least as many problems as it cures. I explain that in a previous conversation. Rich people particularly want to virtue signal since today’s society infuses them with guilt for their money. That, plus they naturally want shelter from taxes. So they give money to all kinds of NGOs. There are many thousands of them.

NGOs are almost universally collectivist and Statist in philosophy and have strong political agendas, although they disguise overtly political objectives with “feel-good” rhetoric. Who could possibly be against agitating for world peace or fighting poverty? However, many amount to scams, few accomplish anything meaningful, and they almost all work closely with the government. Few of them produce anything but commercials, lobbying campaigns, and fat incomes for their insiders.

Critical thinkers can help pull the rug out from under NGOs by never giving them a penny and challenging their actions.

Speaking of globalism, NGOs, and a trend toward world government, I have to mention that vaccine passports are a definite step in that direction. There will undoubtedly be a UN organization formed to standardize vax passports because, right now, there is a myriad of vaccine passports issued by various governments on different criteria in different formats.

An internationally accepted vax certificate will amount to a world government passport. It will probably be tied in with a Social Credit rating such as the one used by China. Naturally, that will be linked to everyone’s digital currency account with the central bank. It will become an international ID document in much the same way that driver’s licenses are effectively internal passports within the US. You’ll be nobody, and do nothing, without it.

International Man: It seems that so-called climate change is the next crisis du jour.

Given the trends we’ve been discussing, how do you see governments taking advantage of this alleged crisis?

Doug Casey: Global warming, aka climate change, is an excellent form of control, perhaps even better than a virus. People are being terrified into believing they’re about to destroy the planet itself. Fear is a foolproof way to control the masses. It’s funny, actually. “The masses” is a term Marxist-Leninists are very fond of.

Government is always presented as the friend of “the people,” “our democracy,” or “the masses.” It’s promoted as the noble, wise, and forward-thinking savior that “steps in” to stop the evil producers.

It’s one of many false and horribly destructive memes stalking the earth today like specters. The increasing belief in government as a magic solution to problems acts to decrease the average person’s standard of living and creates all kinds of distortions throughout society. It’s turned the study of economics into a pseudoscience, and its incursions into science are discrediting the idea of science itself.

In fact, the two big hysterias currently plaguing the world both center on State involvement in science—or at least scientism. One is COVID, a relatively trivial flu blown out of proportion. The other is anthropogenic global warming (AGW),which has recently been rechristened as climate change.

In my view, both will eventually be debunked and discredited. Unfortunately, if you run counter to either narrative right now, you’ll be canceled, fired, and/or ostracized.

It’s very much like what happened to Galileo when he ran counter to the prevailing wisdom of the Middle Ages. Of course, the ruling class doesn’t actually burn books anymore, but only because books today are mostly electronic. These attitudes constantly appear on sites like Google and Twitter.

There’s an excellent chance that these people will discredit the very idea of science because they’ve wrapped themselves in the veil of science or, more precisely, what’s become known as “The Science.” They’re creating something much more serious than just another economic disaster.

International Man: Many people see the government as some kind of benevolent and magical organization.

It is this attitude that helps politicians take advantage of crises to advance their control because many people assume the government to be acting in good faith.

What will it take to snap the average person out of this deluded hypnosis?

Doug Casey: It’s true that many people see the government as some kind of benevolent magical organization. This attitude helps politicians to advance; they’re assumed to be acting in good faith.

So what will it take for the average person to be snapped out of this hypnosis? Where’s the red pill when the world needs it?

What can we do about it? Forget about violence. That only plays into their hands. Present arguments against the idea of the State. Promote the idea of critical thinking. Expose politics as mass hypnosis. Point out that there’s absolutely nothing that government can do that the market can’t do—at least anything good.

There are some things government does that are unique to it, like taxes, confiscations, wars, pogroms, prison systems, regulations, and secret police. These things are the essence of government and antithetical to the free market.

I think it’s important, for instance, to point out that throughout history, the most famous government officials are actually mass murderers and criminals. They’re not benevolent.

Look at famous rulers—the pharaohs, Alexander, Caesar, Genghis Khan, Louis XIV, Stalin, Hitler, Mao, Pol Pot. Some are considered good, and some are considered bad, but they were all mass murderers. Are any of our recent presidents really any better? What happened in Afghanistan, Iraq, Syria, Lebanon, and lots of other places—not even counting Korea and Vietnam—should make those responsible held for trial, probably followed by hanging. Nuremberg set a good example.

It’s important to draw the crimes of the State and its minions to people’s attention constantly. Anti-propaganda is a mass hypnosis vaccine. Let that statement stand as proof I’m not anti-vaccine, per se.

International Man: Is there any good news or cause of optimism despite all the bad news?

Doug Casey: The bad news is that the State is bigger and more powerful than ever. The institution has evolved and become more clever. It’s more able to reach its tentacles into everything than ever in the past, including the recent episodes with Nazis and Communists.

The good news is that it’s getting to the stage where it’s dysfunctional. Maybe the current major crises will backfire and self-destruct. Hopefully, the nation-state will be replaced by some voluntary phenomenon, like phyles, or perhaps the rise of a parallel structure within the current framework.

Crises can be real, like the impending economic collapse, or fabricated, like COVID and AGW. Crises will always be used as excuses for government expansion, but maybe they’ve overplayed their hand this time.

I’d like to see the State disappear, of course, but considering the way the world works, the next step might be chaos, which often follows crisis.

Editor’s Note: Unfortunately, there’s little any individual can practically do to change the trajectory of this trend in motion. The best you can do is to stay informed so that you can protect yourself in the best way possible, and even profit from the situation.

Most people have no idea what really happens when a currency collapses, let alone how to prepare…

How will you protect your savings in the event of a currency crisis? This just-released video will show you exactly how. Click here to watch it now.