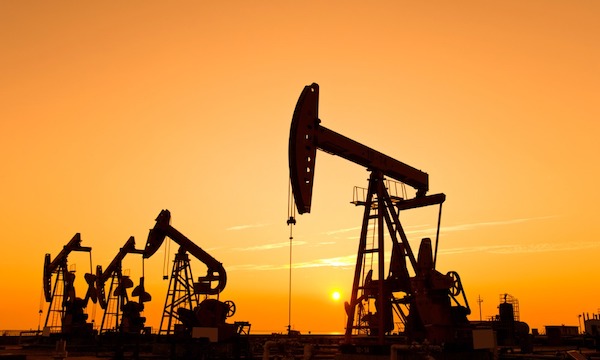 International Man: Oil is one of the most political—and politically incorrect—of all the commodities.

That makes the oil market fertile ground for the speculator, who looks to take advantage of politically caused distortions in the market.

What is your take on the speculative potential of oil in general?

Doug Casey: I like to look at these things first from a historical point of view.

When it comes to energy, mankind has progressed from human muscles, to animal muscles, to wood, to coal, oil, and nuclear power. The sun, water, and wind have played supporting roles along the way.

For unfortunate political reasons, nuclear only plays a minor role in energy generation today. It should dominate everything because it’s a quantum leap, orders of magnitude above previous sources of energy. As I discussed last week, nuclear is by far the safest, cleanest, and cheapest form of mass power generation. But “progressive”—odd they should have adopted that word—political forces hate it. They also have a long-standing visceral hatred for coal, the power source that enabled mankind to emerge from preindustrial drudgery.

In recent years, the powers of darkness have set their sights on petroleum, which is by far the most convenient and widely used source of power. Oil can also be transmuted into all kinds of other materials that are essential to advanced civilization—things like plastics, fertilizers, and pesticides, all of which are synonyms for evil in some circles. That’s partly because oil and its derivatives are based around the almost infinitely flexible carbon atom, the basis of all life. Of course, carbon has recently been delegated as the prime enemy element on the periodic table.

Many people have been taught to hate oil and want to get rid of it. There aren’t any good scientific or technological arguments against oil. What we’re dealing with is a widespread psychological aberration. Combine that with arguments for increasing demand and limited supply, and you have an interesting speculative opportunity.

Despite the rhetoric against it, oil is not only existentially important, but it’s not going to be less important for many decades. But people have been taught it’s nasty and they should hate it. The uninformed public actually thinks the world can be carbon-free—as if that were a good thing—by 2030, 2050, or whenever. This makes oil an excellent area for speculation.

Despite the rise of electric vehicles—which have lots going for them on many levels—and the mandated decline of the internal combustion engine, oil has lots of fundamental upsides. I’d put oil, and coal, right up there with gold, silver, and uranium as places where you ought to put your money. It’s not just a coincidence that good speculations usually have a major political component.

International Man: The ESG craze is causing massive misallocations of capital in the energy sector broadly but specifically the oil industry.

What is going on here?

Doug Casey: The whole concept of ESG—Environmental Social, and Governance– is really stupid and destructive.

It amounts to the forced marriage of woke politics and scientism with business. The result is the denaturing of business. The purpose of business is to make profits by creating new wealth—it’s not to focus on perceived social justice issues or fashionable environmental causes by replacing skilled management with diversity hires and activists.

The concept of ESG seems to have come out of nowhere. But that’s not exactly true since it came from the same place as the two great hysterias now stalking the world—Anthropogenic Global Warming and COVID. It’s as if some looney BLMs, hippies, and left-wing academics were sitting around trying to figure out how they could change the world and succeeded.

It’s idiotic of businesses to bow to the concept of ESG, rolling over like whipped dogs and wetting themselves. It’s as if they’re saying, “We hate the earth, virtue in general, and all our employees and customers in particular. Please punish us!”

See also  Doug Casey - We Are Facing An Economic Disaster

Incidentally, I’m not defending corporate suits and managers in general. Most have neither moral compasses nor backbones. I’m only defending the concept of business itself and attacking the ne’er-do-wells and parasites that promote ESG. In fact, most people on both sides of this equation are distasteful.

The oil industry especially shouldn’t bow to ESG; rather, the contrary. Instead of acknowledging the enemy’s premise by saying, “Sorry, we’ll try to hire more women, more blacks, and people with sexual peculiarities regardless of whether they’re qualified to sit on our boards and run our machines,” they should come out and say that it’s stupid, destructive, and has evil intent. What we’re facing is a battle for the basis of civilization itself.

But of course, since they’re rolling over and acknowledging ESG as something to strive towards, it’s going to end very badly for the minority who value things like personal freedom and the other values that underlay Western Civilization.

International Man: Western oil companies seem to be bending over backwards to sacrifice themselves—and their shareholders—at the altar of ESG.

Many large Western oil companies have committed to going to “net-zero” carbon, which would effectively put them out of the oil business.

British Petroleum has rebranded itself several times to try to distance itself from the industry. It’s now officially known as only “BP” or “Beyond Petroleum.”

What is notable is that we don’t see oil companies in Russia, China, and elsewhere bowing down to this lunacy.

How do you see the situation evolving?

Doug Casey: It’s part of the ongoing collapse of the West.

Only Western Europe and the Anglo-Saxon societies are making a big deal about ESG. And once again, I’ll draw attention to the fact that when you accept the premises of people who hate Western civilization—which has brought us almost everything that’s good in the world—you’re asking for an overthrow of civilization itself.

These people—wokesters, progressives, leftists, SJWs—can say almost anything and have it parroted in the media and accepted by the masses. They say that science and technology are white and therefore bad. So are philosophy, classical music, and literature because they also came from white men. It makes me think we’re about where Rome was in the 5th century. Worse, actually, because the barbarians then wanted to ape civilization, not destroy it. It augurs badly for the West.

China and Russia, at least, don’t have this problem. They have other problems. For example, the Chinese are now supposed to think whatever Chairman Xi thinks—and they will. He wants to be Mao in a business suit. However, that won’t solve the gigantic debt and capital misallocation problems China faces, nor the possibility that the country may disintegrate when economic times get tough.

Meanwhile, the Russians still have remnants of Marxism and Leninism percolating through their society. And they lack a meaningful middle class, as well as the entrepreneurialism and capital accumulation that comes from it. Both countries seem to be facing serious demographic issues as a bonus.

The Chinese and the Russians may not be in a good place, but they’re laughing at the stupidity of the West committing suicide.

International Man: The people on board with the ESG agenda are causing serious damage to civilization.

If they get their way, we could see much higher energy prices, shortages, blackouts, and other unpleasant outcomes.

How do you see the social, cultural, and political aspects of this trend playing out?

Doug Casey: Mankind has advanced from the ragged edge of starvation—having to grub for roots and berries and store rotting food to fend off starvation. Freezing during the winter while afflicted with diseases of all types was normal not so long ago. When Hobbes wrote in 1650 that life could be “solitary, poor, nasty, brutish and short,” he wasn’t conjecturing but simply observing out his front window. It’s only in the last couple hundred years that, due to Western thought, we have evolved to where we are today. But there’s no guarantee that we’ll stay where we are. If food and fuel were cut off from New York City for three days, the city would look like the movie Escape from New York.

All of civilization rests upon extremely complex and tenuous supply chains, which are in the process of being destroyed. There are significant elements actively at work trying to destroy it and the system that was built.

International Man: Let’s try to make lemonade out of these lemons.

Given the situation we discussed, how can the average person speculate on the massive distortions in the oil market?

Doug Casey: Even if you produce more than you consume, it’s very hard to get ahead by saving fiat currency. All of the world’s governments are creating trillions of new currency units and allocating them in destructive ways.

I can’t emphasize enough that if you save in fiat currency—which most of the world’s population is forced to do—you have a chance of losing everything, both through the currency itself losing value and the financial institutions that hold it collapsing. Stability is now a mirage.

You’re practically forced to speculate to conserve capital. The best thing you can do is to look at oil, gas, uranium, gold, and silver stocks, as well as companies producing various other commodities. And, in particular, spinouts of non-PC, non-ESG subsidiaries from big companies who are trying to greenwash themselves. A lot of companies today are divesting things that seem politically incorrect—presenting bargains to speculators. Plus, many fund managers have been indoctrinated with ESG. They don’t want to buy or own these stocks. Some of them are really cheap. It’s a great opportunity in a generally very overpriced market.

In that light, I’d like to offer a tip of the hat to the excellent work that our friend Chris McIntosh does. In addition to great editorials and analysis, he draws attention to small and obscure publicly traded companies every week in his letter—generally stuff selling for three or four or five times earnings and fat dividend yields. Stocks nobody cares about and few even know exist. Even now with the overall stock market at manic highs, it’s possible to position yourself. It impresses me as a historical anomaly.

Having money is not going to solve the big problems, which I discussed above—mainly that parts of civilization itself seem to be withering away. But having smart investments in the right places will at least cushion your landing during these hard times.

The bad news for the average person is there will be more control, uncertainty, and inflation as governments try to hold on to power.

Here’s the good news. Those who understand what’s coming and how to navigate the turmoil could not only hold on to what they have but come out far ahead.

Government stupidity is almost guaranteed, but you and your money don’t have to become a casualty.

That’s precisely why, NY Times best-selling author Doug Casey and his team just released a new video which reveals how to prepare and protect yourself from what comes next.