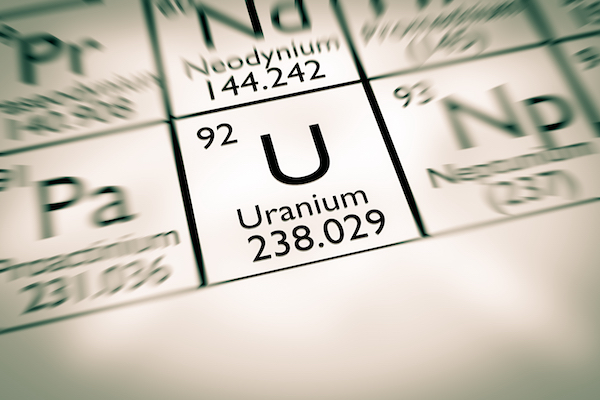 International Man: What makes uranium attractive as a speculation?

Doug Casey: First of all, consider simple physical reality. Uranium is the cleanest, cheapest, and safest form of mass power generation. I understand that most people will be shocked to hear that, so let me explain.

It’s the cleanest. Unlike coal—which generates millions of tons of pollutants that need to be buried or are dumped into the air—a large nuclear power plant only turns out waste that can be measured in cubic yards.

It’s the cheapest. Of course, this is something that’s very hard to determine since the nuclear industry is burdened with so many counterproductive regulations, controls, and requirements. But uranium itself amounts to less than 5% of the overall cost of running a nuclear plant. In a free market—which we don’t have—nuclear would be, by far, the cheapest type of mass power generation.

And it’s the safest. Notwithstanding what happened at Chernobyl—which failed because of backward and shoddy Soviet technology, or Fukushima, which had literally a one in a million chance of occurring—nobody has ever died of because of nuclear power. But many thousands of people die every year from the pollution caused by burning coal. And when a dam producing hydropower collapses, typically thousands of people die. There are risks and costs to absolutely everything.

I’m not mentioning wind and solar because, contrary to the huge volumes of propaganda touting them and the hundreds of billions malinvested in them, they’re only viable for select and isolated applications. They only produce a couple of percent of the world’s power and do so at great cost. They’re not viable alternatives for an industrial civilization.

International Man: You and your readers have made enormous profits in uranium in the past. Tell us about some of your biggest wins.

Doug Casey: I wrote a very long and thorough article on uranium and nuclear power in October 1998 for my newsletter, where I recommended several uranium stocks. About two years later, they all exploded upwards in value and kept running.

The market went up from there and peaked in 2007 at $140 a pound. When I wrote that article in 1998, there were only a half-dozen uranium mining companies in the world. By the time the market peaked, there were 500 companies that claimed to be uranium miners, but the only uranium that almost any of them had was a word printed on their share certificates.

One of the best on my list was Paladin Resources, which went from 10 cents to $10. But many, many companies went up between 10 and 50 times.

Resource companies—especially the explorers and developers, as opposed to producers—are the most volatile class of stocks in the world. That’s partly because their market caps are very small; just a little buying or selling can move them tremendously. In today’s world, most people know nothing about mining, but they believe it’s dirty and destroys “the ecology.” The public thinks of mining as a 19th-century choo choo train-type business. And it’s true that it’s a very tough business—huge upfront capital costs, constant problems with native groups, unpredictable commodity prices, and a score of other problems.

But cyclically, the public realizes that without mined elements, civilization itself would cease to exist—no tools, no cars, no computers, not even knives and forks. Mining is a business that keeps the world from reverting to the Stone Age. Then, billions of dollars flow into just a few tiny companies. It can happen to companies mining any of the many hundreds of elements and compounds. Gold is, of course, the best known of them.

When the market turns to gold stocks, it’s like trying to force the contents of Hoover Dam through a garden hose. In the case of uranium stocks, however, it’s more like a soda straw. It’s a very, very small market.

Wild imbalances in supply and demand, accompanied by equally wild swings in price, often surprise people who aren’t familiar with the resource business. But it is the very nature of the beast, and it is one of the reasons speculating in it can be so profitable—if your timing is good.

It’s easiest to raise the money needed to discover deposits and build mines when prices are high because that’s when the typical investor is willing to finance companies, thinking he’ll make a killing. Of course, the industry then takes advantage of that window, resulting in an immense amount of new capacity.

Meanwhile, the same high prices that encourage new production also discourage consumption. However, that’s only marginally true with uranium because, as I’ve said, the cost of fuel is trivial to the overall costs of producing power. This means by the time the new product hits the market, after a time lag of several years, prices have collapsed—as have the share prices of surviving companies.

That is when professionals who understand the way these things work open up their checkbooks because the resource business—oil, precious metals, grains, uranium, you name it—is as cyclical as the seasons of the year. It’s just that each commodity has its own peculiarities.

The uranium market, like that of most metals, is both cyclical and volatile. Like gold, it’s a very political metal. It generates lots of emotion. That can be very good for the skilled speculator. The time to buy is when prices are low, which is exactly when most people are afraid to act.

International Man: How does the setup for uranium today compare to other bull markets?

Doug Casey: Well, it’s a redux of what happened in the last bull market. Right now, as we speak, uranium is trading for about $40 a pound. But it typically costs $60 a pound to mine uranium today, so there’s very little uranium exploration. Or production. Inventories are being depleted.

No new deposits are being put into production. But unless you want the lights turned off, since about 20% of American and 10% of the world’s power generation comes from nuclear, more uranium must be mined to feed the nuclear power plants.

Now let’s look at the Third World. Most of the new nuclear plants being built today are in China and India. And both of those countries are building dozens of them with scores more on the drawing board. The demand for uranium is going up in both the short term and the long term. This bull market in uranium should be as good as the last one. I own a lot of uranium stocks for that reason.

International Man: What effect will the ESG narrative have on uranium?

That said, the ESG meme has definitely taken over the psyches of the average investor and the average fund manager. Everybody thinks that wind and solar are the wave of the future. They’re not—except for specialized applications in specific places. They’re definitely not for baseload power.

Reality is going to draw massive attention to uranium, especially since a lot of progress is being made towards developing fourth- and fifth-generation-style reactors, which will make uranium more important and usable than ever. New generations of reactors will solve the real and imagined problems brought up by the ESG people. The real problem is that they won’t solve people’s psychological problems—namely, that the wokesters promoting all this nonsense simply hate other people. But that’s another story.

Still, these people might decide that uranium is great simply because they irrationally hate oil and coal so much. They’ll find an excuse to rationalize and justify their dislike for nuclear in the past. The previous enemies of uranium may turn out to be its friends.

The bottom line is that I expect the building bull market in uranium to be at least as good as the last one.

International Man: If even the worst uranium companies delivered 20–1 returns in the last bull market, what kind  of upside potential do you see now?

Then, as Wall Street belatedly reacquaints itself with uranium, companies will get ridiculously inflated value for assets which few care about today. It’s an eternal cycle and quite predictable.

He discusses how this situation has played out numerous times in his career and why even a small amount of money put into the right stocks today could deliver life-changing rewards. Click here to watch it now.