The Drudge Report political website posted a surprising instant poll showing that its visitors believed Rep. Tulsi Gabbard of Hawaii was the overwhelming victor of the first Democratic presidential debate, polling at almost 35% with 12,314 votes.

Her closest competitor was Sen. Elizabeth Warren of Massachusetts, who was polling at just under 13.5% and 4,791 votes. Julián Castro of Texas and Sen. Cory Booker of New Jersey were polling the lowest with less than 5% each. 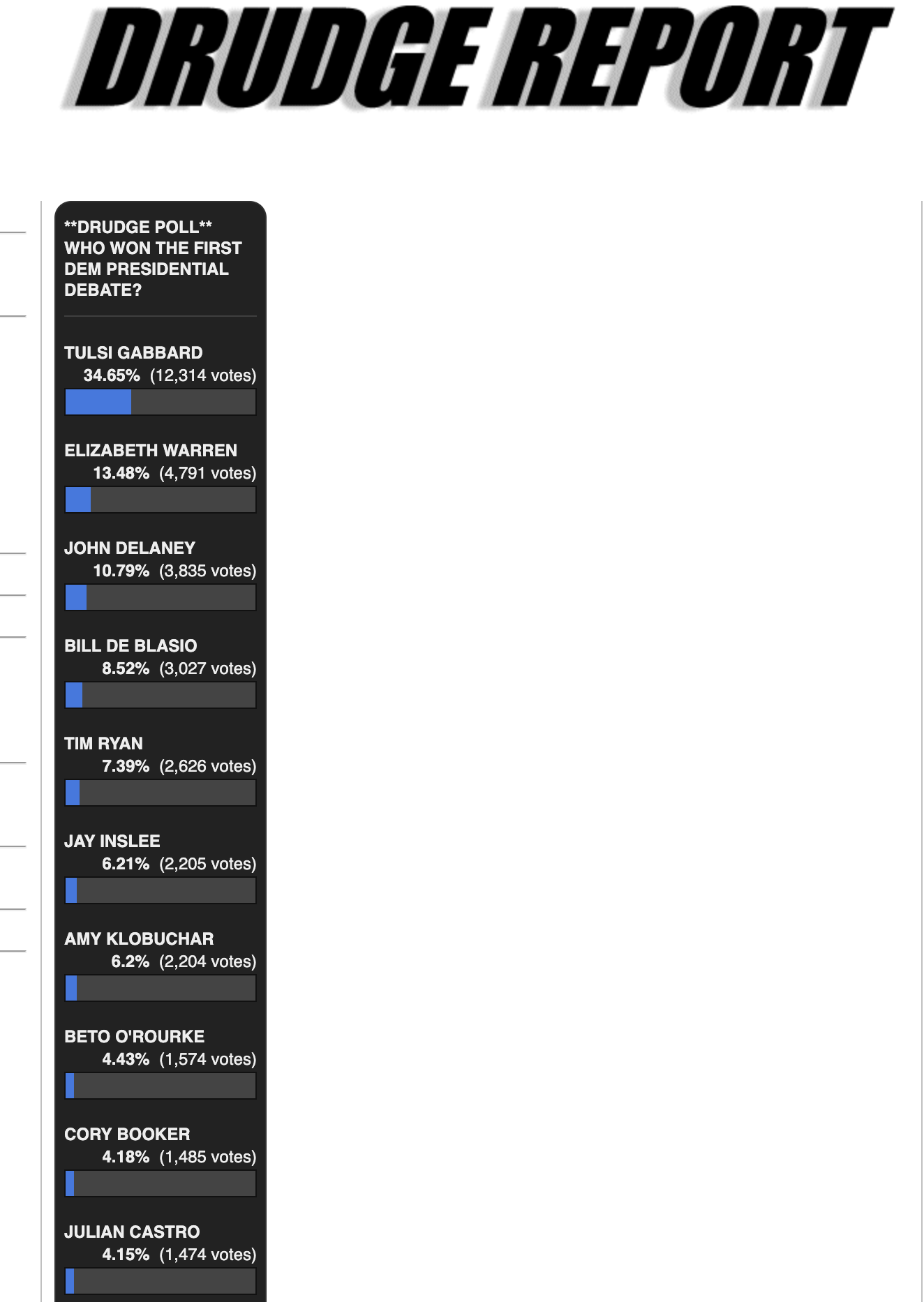