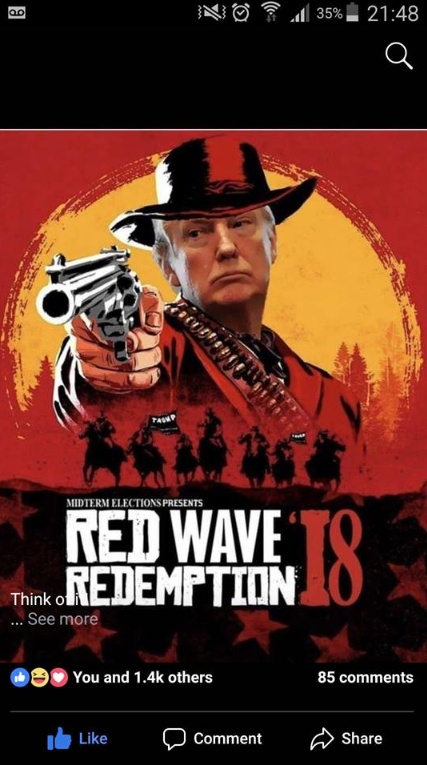 According to early voting data courtesy of Bloomberg, approximately 34 million Americans already voted by now in the 2018 midterm elections. The figure suggests that both the DEM and REP voters are very enthusiastic about this election cycle, as in they’re voting in huge numbers, compared to, let’s say, the 2014 midterm numbers with regard to early voters.

Moreover, as I predicted in the Friday article, early voting data already shows favorable results for the GOP (Here’s Why the “Blue Wave” is Nothing More Than Pollster Fiction), which means the Red Tsunami is going to drown the Blue Wave. In a clear example of desperation, mainstream media outlets, including so-called right wing Fox News, refused to run Trump’s anti-migrant-caravan ad, after backlash on social media from leftists describing it as racist.

CNN refused to run this ad… I guess they only run fake news and won’t talk about real threats that don’t suit their agenda. Enjoy. Remember this on Tuesday. #vote #voterepublican pic.twitter.com/VyMm7GhPLX

Et tu Fox? I guess we have the Murdoch kids to thank for that stupidity.

This blatant censorship is the reason for which Americans are leaving legacy media in droves, choosing instead to gather their daily news from websites like ours, or from social media. And that’s why leftist-run Big Tech is now censoring conservatives and right wingers across their platforms.

READ  Of course they lie cheat and steal: IRS Data Shows Democrats Are Now The Party Of The Rich

However, the showdown is set for tomorrow, so don’t get complacent and go out and vote. Also, remember to convince your family and your friends to go out and vote, even if early voting data shows the Republicans holding the lead in states like Montana, Arizona, Tennessee etc.

What’s most important in my view is that the Blue Behemoth, also known as the Eye of Sauron, Commiefornia that is, shows strong Republican performance in early voting data.

It’s crucial to go out and vote tomorrow, as DEMs are on record saying they’re ready to do anything to win this election cycle, by any means necessary, including voting-fraud. Here’s Project Veritas, ladies and gents:

The left have proven themselves insane. Walking around with a MAGA hat is likely to get you beat up or spat on. Normal people are afraid to admit they vote Republican because of media and leftist intimidation. I think the silent vote will be even bigger than it was in 2016. Pollsters are, right now, covering their asses with possible excuses.

“The Democrat Party’s lead in the generic ballot has slipped from eight points to only three points, according to a Politico/Morning Consult poll.”

Once you eliminate California, New York, Massachusetts and New Jersey, you have a GOP wave.  Should be able to keep the House. You get a sense that the MSM is desperate to keep banging the same drum, but doesn’t really believe its own spiel. And I love the smell of desperation in the mainstream media in the morning. It smells like…victory.

PS: GAB is back online:

Here is our press release to the media:

You failed. We are back online. We grow stronger by the hour. Free speech lives at t.co/J3Rfto6fi3. This is only the beginning. May God have mercy on you for what you people have done this past week. Peace, love, and prayers.

And Alex Jones is crazier than ever: 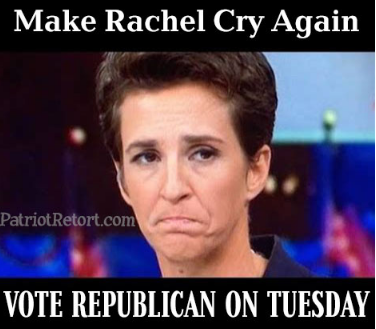