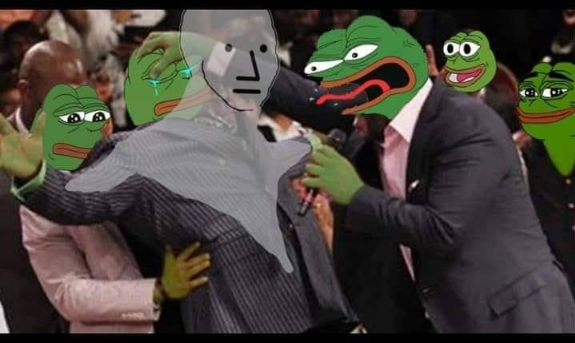 Let me begin today’s article with a statement: there will be no blue wave. The dimms will not take over the House. This is not going to happen. It’s all a pollster’s wet-dream, aimed at demoralizing the Republican base. But it’s not working. Here’s my premise:

See, it’s the economy, stupid. Why would anyone vote for Democrats? Do you think Americans want antifa and social justice warriors running their country into the ground? Now, when things are going so well in the real-world? Also, Trump has the highest approval rating since he’s POTUS. Do you mean to tell me people are suddenly turning back against Republicans, because reasons? Because pollsters told you so?

This dog ain’t gonna hunt. Moreover, the dimms are desperate. Desperation is not something you see in people sure that they’re going to win an election.

After Record Spending, Hollywood Dems Fearful Ahead of Midterm Vote…

16 year olds dude…are they going to give them candy or what?

Now, forget all that, because according to some people I know, like Dave Wasserman, the blue wave is back. This dude is the house editor of the “non-partisan” Cook Political Report, and he’s forecasting the dimms will take the House back. In a landslide, see. As in, they’re going to gain 30-40 seats. Currently, the Republicans have 23 more seats than the dimms.

If you ask me, this is utter bullshit. Keep in mind that this non partisan “expert”, this professional pollster, was previously claiming that Hillary will win 278 to 214, with 46 toss-ups. We all know what happened.

There’s absolutely no way that these sort of predictions are even remotely reliable. We know this. I was not seriously concerned about Hillary winning the election going into it, because it was clear to me there were a lot of shenanigans going on with the pollsters. And this is even more obvious now. Nate Silver is starting to adjust his polls a little bit, lowering the dimms chances of taking the House from 87 percent down to the very precise 84,9 percent.

See also  WEF deletes "you will own nothing and be happy" tweet.

You have to understand that the main purpose of the polls is to support the mainstream media narrative. And their primary objective is to demoralize the Republican base, and to convince them not to vote.

The ironic thing is that the only time the respective strategy was successful was in the Romney election, and to a lesser extent in the McCain vs Obama election. But REP voter suppression was really noticeable when die hard Republicans stayed home and didn’t bother to vote for Romney.  I don’t think that Republicans stayed home in the Obama vs Romney election due to pollsters predicting that Obama will win, but it was obvious that nobody had any enthusiasm for Mittens, and why would they? So, it’s important to keep your eyes on the ball, i.e. t the narrative that the media is pushing is a fake one, things like midterm elections always turn against the President, or the average turnover in the House bla bla bla.

If you look at the actual historical facts, that narrative doesn’t mean anything. As a general rule, Republicans do not suffer in the midterms as badly as dimms do. Furthermore, the inaccuracy of polling has been obvious for a long time, but it got worse in recent years, because of the difficulty of getting a hold of anyone over the telephone. It’s almost impossible to reach someone over the telephone these days, especially if your number shows up. If they don’t know who you are, most people don’t answer. I read an incredible statistic recently. Incredible, as in I don’t quite believe it, but the number of telephone calls that they have to make to actually get one answer is 30, i.e. they have to call 30 numbers to get one answer on the respective poll. And that doesn’t even begin to get into the fact that a lot of people who support Trump, and are going to vote REP, are not going to tell strangers, especially over the telephone.

Trump is not perfect, he hasn’t drain the swamp, nor build the wall yet, but the economy is doing well, and he’s saying all the right things. Can you imagine Bush or Dubya actually threatening to open fire on illegal immigrants? Trump has pushed the Overton window so far to the right with just his rhetoric, that a lot of us don’t even realize it. If you look at how much he has pushed back against the Obama and liberal-REP alliance, it’s really incredible. This is a president who has declared himself to be a nationalist, and has also openly (and correctly) declared that the fake-news media is the enemy of the people. This is the president who stated his intention of ending birthright citizenship. These are all major accomplishments in the presidential sense. He’s using perfectly the bully pulpit, with a great degree of effectiveness.

See also  El-Erian: Fed has learned nothing about their inflation mistakes

You have to keep in mind Trump doesn’t have a cooperative House or Senate, despite the fact they are Republican. Not all of them (most of them I’d say) are on board with Trump’s nationalist agenda. I personally believe the pollsters predicting a blue-wave are completely wrong. It doesn’t mean I have superpowers. I mean, I am way cool, but I cannot see the future(yet). However, I am on the opinion that if you look at everything, ranging from the early voter reports to the inaccurate way the pollsters have skewed their sample basis, to the enthusiasm you see for Trump (approval ratings, the size and energy of crowds at his rallies and all that), we are supposed to believe that despite the fact he’s as popular as he’s ever been, people are turning against the Republicans at the Congressional level.