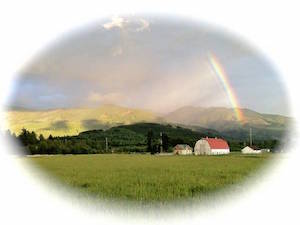 I spend much time criticizing the outlandish economic foolishness I see throughout the global economy and especially in the US economy (because the US economy is the one I am familiar with as a direct participant). Those who criticize need to be able to offer solutions. I have real, sustainableeconomic recovery ideas, but I rarely present them because I know almost no one wants to hear them.

Until total economic collapse forces us to take painful medicine, we’re not going to go that route. Nevertheless, I have presented economic recovery solutions from time to time, so that when our circumstances become economically dire enough to force us to take our medicine and face our pain, maybe some of these will come to mind. I also share them from time to time to show I am not just a critic who has no better answers than those he criticizes. I share them now because the Federal Reserve has just reinstated its program of palliative care for a terminal economy. Once again, we are heading right back into the Fed’s old tired answers that have failed to accomplish anything other than dulling our pain for the pasts decade, just as I’ve said we would.

Because most people will not like my answers at all, I give them reluctantly. I’ll give criticism where it is not wanted because I have to suffer the lunacy created by the financial establishment’s wrong answers every day — answers that assure every day the gap between the top 1% and all the rest will grow. I am less inclined to give advise where it is not wanted.

My solutions require we bear the pain involved in correcting the numerous laws embedded throughout our systems. What the hoi polloi and politicians want is a quick and easy fix, which is exactly what the Fed has tried to deliver over the past decade. FedMed may not have seemed easy on the surface, given that it took a decade of effort, but it only took a decade of effort because it was not a solution to begin with. It was a temporary fix — a fix of drugs.

It was life support, and without corrective surgery, life support is just fake life. The patient remains dead, as in incapable of sustaining his or her own life as soon as life support is removed. We saw proof that the patient was still dead throughout the past two years as the Fed removed life support and the patient grew pale. Then Trump jumped in with tax-and-spend resuscitation (but, again, no surgery to remove our many cancers). That, too, failed to bring recovery. At the same time, the Fed started to actually suck the blood it had transfused into the patient back out, so the patient began to die. Last fall and again this September, we felt its death throes.

The Fed’s recovery program was never capable of delivering a sustainable recovery — just endless dependence on the Fed (which assures the Fed’s continued power unless people see through Fed fakery to recognize the Fed failed. FedMed wasted a full decade, doing nothing but re-inflating old bubbles with new money and creating new bubbles along the way due to spillover.

With that said, here are twelve real solutions for which the financial establishment has no stomach and neither does most of the rest of the citizenry of this world; but I think a few ready readers here will see the need for these tough measures that accomplish actual correction of chronic economic problems.

My recommended solutions for economic recovery won’t trickle down to everyone by helping the rich get richer. They cannot be found in the Fed’s cheap and easy answers, nor in the equally cheap and easy answers of modern monetary theory, as espoused by socialist revolutionaries such as AOC, Sanders, Warren and some other Dems. Everyone wants to take a pill and get better. There are no easy answers.

The following are difficult surgeries that likely involve complications and certainly involve pain and a lot of therapy afterward, but they can bring durable recovery:

Why recovery will continue to elude us

Of course, we will never try any of those ideas for economic recovery unless and until our current systems utterly fails, forcing us to deal with the painful corrections to our generations’ own rampant greed and foolishness — the corrections that need to happen to create a truly sustainable economy. Until then, we will deny that any of this needs to happen so that we can enjoy playing in our bubbles, enjoy our structures of bubble wealth that are created over caverns of debt, avoid the pain of correction, maintain our greed, keep pretending we are strong enough to fight the whole world at once, and keep pretending we are generous when we provide welfare to aliens out of our children’s piggy banks, so that we can keep our candied tax breaks and our undeserved self-respect.

Even now, the Fed is returning this very week to more of what it has done before. It’s QE4ever, Baby! (That is exactly as I said the Fed would do and as quickly as I said the Fed would do it, so no surprise here.) When that piles up like a train wreck, as it will in a hurry this time, we’ll look to the next easy Fed answer, which is what I’m laying out in my Patron Posts — global answers to a problem created by global bankers that will assure they retain their control and their wealth. What we will actually do, in other words, is maintain our economic denial. People will accept that because it is easier to trust the experts who proffer painless solutions, and that is why I rarely bother to write out real solutions for sustainable economic recovery.