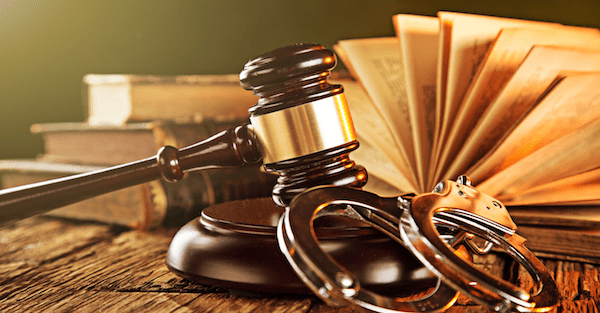 Each Friday we highlight a number of important, and often bizarre stories from around the world that my team and I are closely following:

To take your freedom requires more evidence than to take your money. For now.

And these criminal penalties would apply regardless of intent. Failure to stop a crime would be considered a crime itself, whether you knew about it or not.

The National Association of Criminal Defense Lawyers is speaking out against the proposed law, calling it a dangerous attempt to abandon “core principles of criminal law that have been part of the Anglo-American legal tradition for centuries.”

As a former Harvard Law Professor, Warren must understand the implications of this bill. And that makes her a very scary candidate to occupy the oval office.

But what else would we expect from this crop of rising Bolsheviks? Revolutions can’t abide by stale old ideas like rule of law.

Two weeks ago we talked about a San Francisco politician trying to require all stores in the city to hire cashiers and accept cash.

Now Philadelphia has beat them to the punch. It is the first major US city to outlaw the coming innovation of cash/cashierless stores, like Amazon Go.

The excuse, of course, is that people without access to credit cards or bank accounts won’t be able to use those cashless stores.

READ  Bed Bath & Beyond, Kohl's and Wayfair tell my pillow CEO Mike Lindell they wont sell his stuff and prepare to be sued

Seems like it would be a lot easier for those people to continue going to the same stores where they are currently shopping, and allow other consumers who prefer to shop at Amazon Go to make their own decisions.

But no. Politicians’ zeal to stick it to Amazon outweighs everything else… so they choose instead to outlaw innovation at the expense of consumers.

Another victory for the Bolsheviks!

Genealogy companies go all in for the Federal Government

After a backlash from customers, the company changed their rules to allow people to opt out of sharing their DNA with law enforcement.

But now Family Tree DNA is preparing an advertising offensive called “Families Want Answers,” in an attempt to convince customers it is their “moral responsibility” to share their DNA with law enforcement.

The surveillance state continues to be built in the private sector, by willing participants.

In December, an anti-fake news law took effect in France.

It forces Twitter and other platforms to provide a database revealing information about who paid for political ad campaigns.

Twitter instead opted to prevent political ads from France entirely, to make sure that they don’t break the law.

So when the French government tried to run an ad campaign encouraging citizens to register to vote, they were blocked by Twitter.

The general response from the same politicians who passed the law was, What? Our laws apply to us?!

They claim that the law shouldn’t be used to ban this type of political speech, just the types they disagree with.

Perhaps Twitter is doing a bit a trolling… and if they are, good for them. Politicians routinely run roughshod over any objections to their laws, no matter how flawed.

When they ignore the unintended consequences of their laws, it is only fitting that politicians get a taste of their own medicine every now and then.

The era of US companies offering pensions is coming to a close.

The latest evidence: after freezing it’s two UK pension plans in 2017, BMW will do the same for its remaining US plans.

Since 2011 new workers have not been offered a pension, but rather a defined contribution plan.

Times are changing, and with current low interest rates, pensions are not sustainable.

Social Security is in bad shape too. But this week we detailed a great option to take your retirement into your own hands.

Check out our podcast delving into solo 401(k)s, who they work for, and why they are so beneficial.