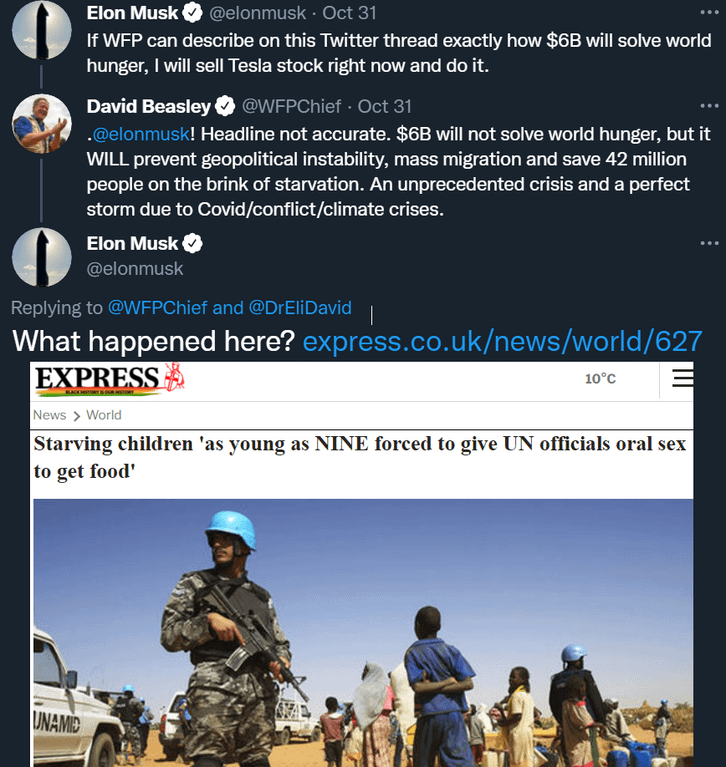 I like Elon today for bringing attention to the UN as extortionists and pedophiles.

The article details a report exposing how UN peacekeepers “orally and anally raped” children in the Central African Republic and how top officials at the UN’s children agency, UNICEF ignored the scandal in an apparent attempt to cover it up.

See also  Australia is officially the DRUNKEST country in the world

“No one has been arrested more than a year and a half after UN authorities were made aware of the sexual abuse allegations,” the report, which was published in 2015, concluded.

Perhaps the most disturbing finding is that 28 WFP staffers said they had experienced an act of “rape, attempted rape or other sexual assault or rape” while working at the food agency.