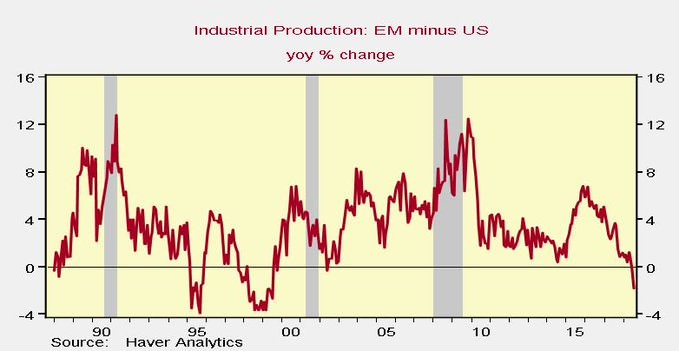 About 70% of industrial production growth was due to oil related line items this cycle, but some think the decline in oil won’t hurt industrial production as much as the last crash in late 2014 and 2015. That’s because mining and oilfield machinery as a percentage of nonresidential investment in equipment is lower than the peak in 2012.