We have a long ways to go before truth is all out there for the world to see. But we are on the road, and this is one stop along the way.

The Uranium One scandal saw major U.S. and foreign #uranium mines passed to Russia. Millions of dollars made their way to the Clinton Foundation from individuals tied to the deal, as then-Secretary of State Hillary Clinton helped approve the sale to Russia on the government side. This also made the United States increasingly reliant on Russia for nuclear energy, despite U.S. intelligence warnings that Russia was attempting to exert foreign influence by controlling energy markets. 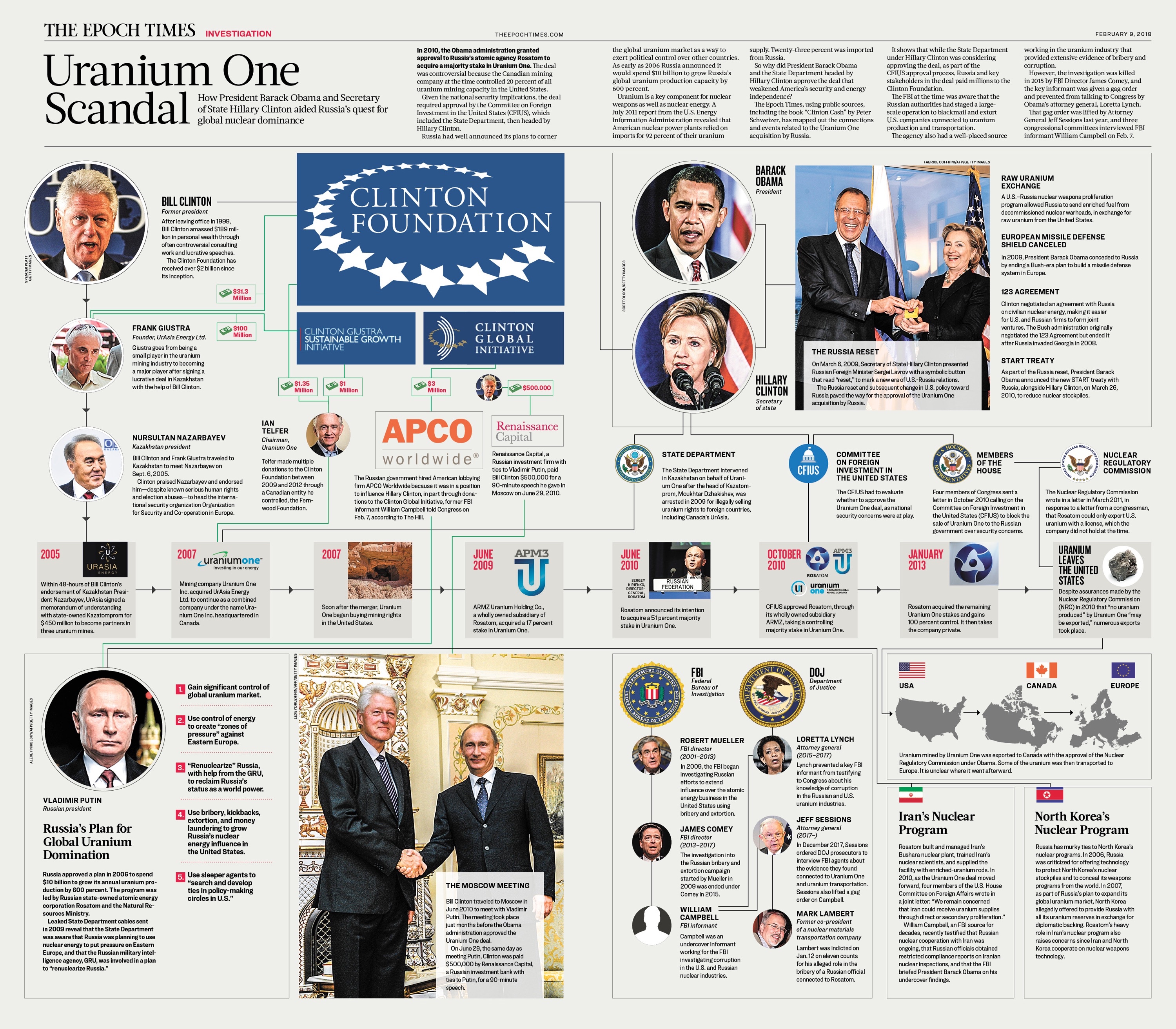