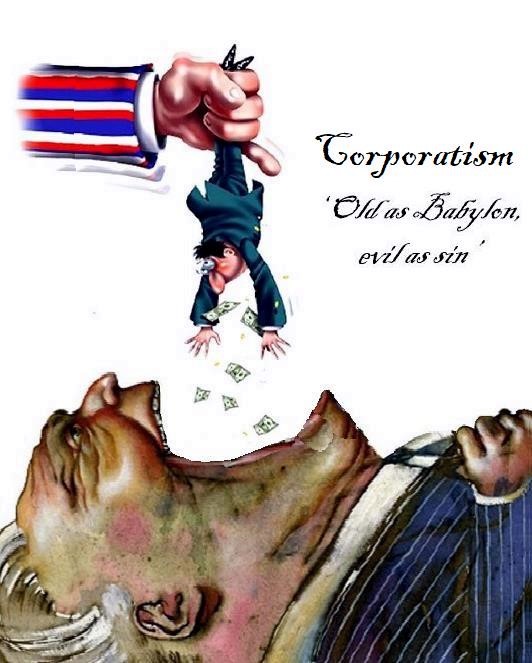 “It is no exaggeration to say that since the 1980s, much of the global financial sector has become criminalised, creating an industry culture that tolerates or even encourages systematic fraud.   The behaviour that caused the mortgage bubble and financial crisis of 2008 was a natural outcome and continuation of this pattern, rather than some kind of economic accident.”

“Thus did a handful of rapacious citizens come to control all that was worth controlling in America. Thus was the savage and stupid and entirely inappropriate and unnecessary and humorless American class system created. Honest, industrious, peaceful citizens were classed as bloodsuckers, if they asked to be paid a living wage.

And they saw that praise was reserved henceforth for those who devised means of getting paid enormously for committing crimes against which no laws had been passed. Thus the American dream went belly up, turned green, bobbed to the scummy surface of cupidity unlimited, filled with gas, and went bang in the noonday sun.”

“Call me dark, but what I see here is a toxic relationship between deregulation, underpriced risk, and exorbitant, inefficient pay scales that contribute to the growth of inequality, not to mention the shampoo economy (bubble, bust, repeat).”

Jared Bernstein, A Striking Picture of Pay and Deregulation in Finance

“The time has come,” the Walrus said,
“To talk of many things:
Of shoes—and ships—and sealing-wax—
Of cabbages—and kings—
And why the sea is boiling hot—
And whether pigs have wings.”

“Let the fuckers work that one out.” 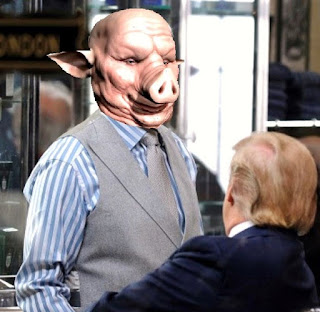 Stocks were in risk on, rally mode today.

And once again that brisk exuberance faded in the afternoon.

This is not constructive action for the bullish case.

That is not to say that the bulls are not overstaying their welcome in a mispriced risk bubble— but they checked with their Financial Advisors and received a dispensation to ‘remain fully invested.’

Gold and silver edged higher just a little as the Dollar gave up some ground.

Theresa May won the confidence vote of her Conservative Party, 200 to 117.   Well, the good news is that she can remain the PM.  The bad news is that with a vote like that from her own party, good luck with trying to get any kind of a Brexit resolution adopted in the broader Parliament.

But no matter.  For today the pundits have declared that they indeed see daylight, dead ahead.

There was intraday commentary about the ‘yellow vests’ protests in France posted here. 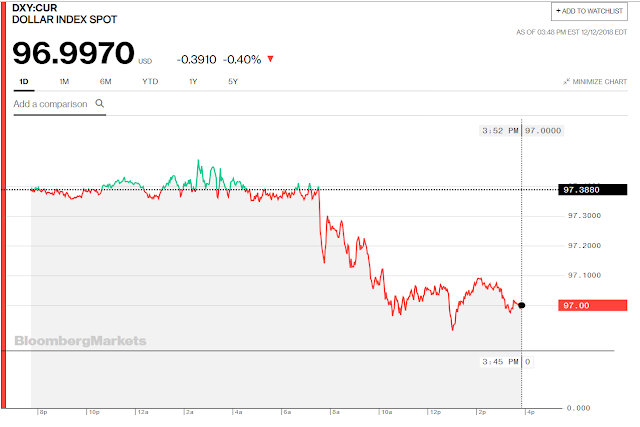 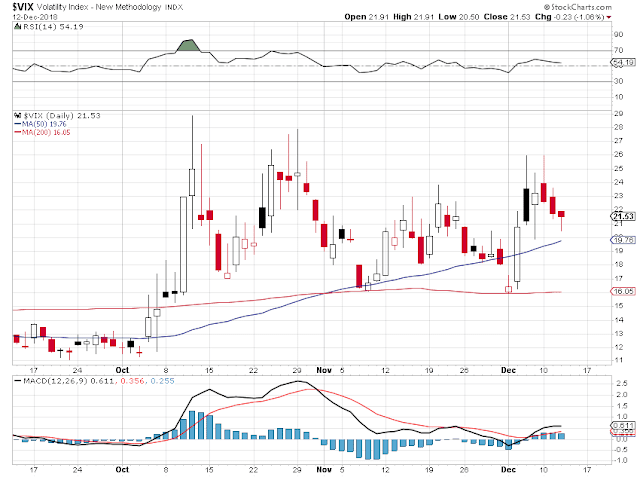 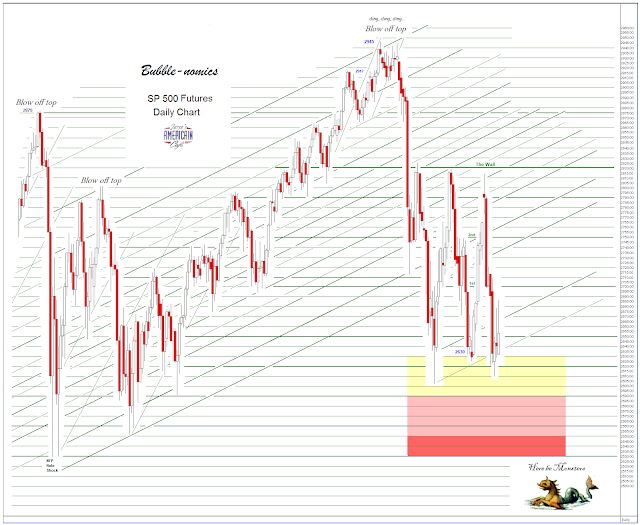 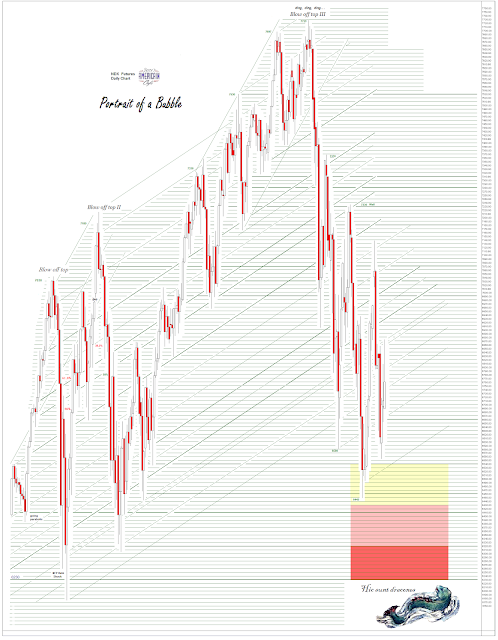 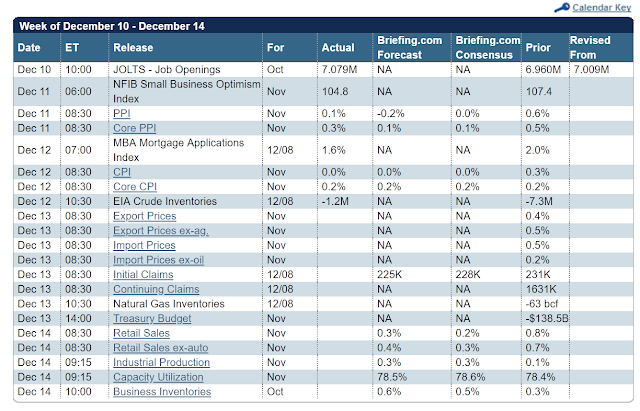 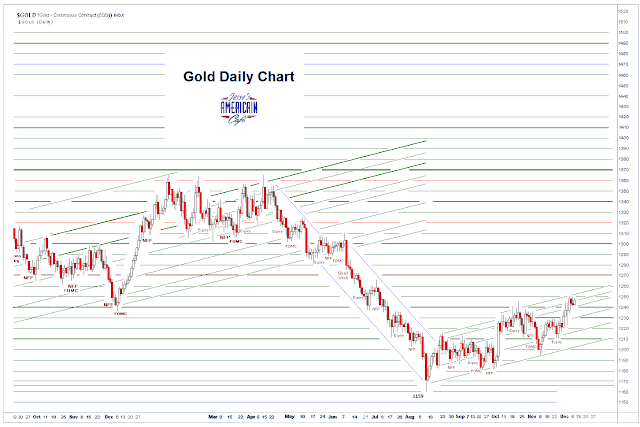 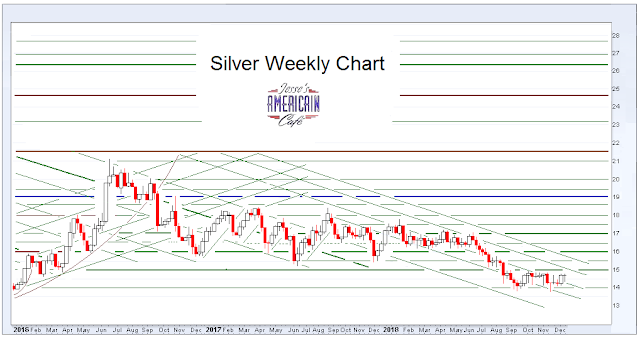 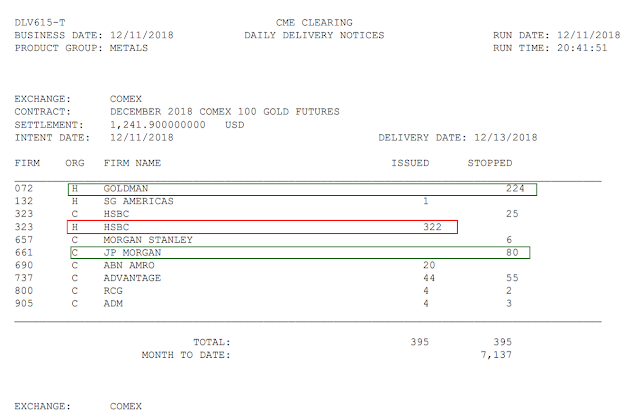