Natural gas prices in Europe have plummeted thanks to a rising gas export war between Russia and the US, much to the delight of European consumers.

European natural gas prices are at a historical low and below the cost of shipping gas from the US to Europe. In May, prices remained just above this floor, fetching around $4.20 per million British thermal units (MMBtu). But this floor seems to be crumbling, if not collapsing, now that the Dutch front month gas price (TTF) has hit a fresh low of $3.20 per MMBtu – the lowest price since the TTF began trading on the Dutch market in March 2010, according to Rystad Energy.

“It’s a buyer’s market, and Europe is buying,” says Carlos Torres-Diaz, head of gas markets research at Rystad Energy. “The clear winners from the war between these two gas powers are the European end consumers, who benefit from record-low natural gas prices, and power prices which have dropped more than 30% in the last six months.”Russia has 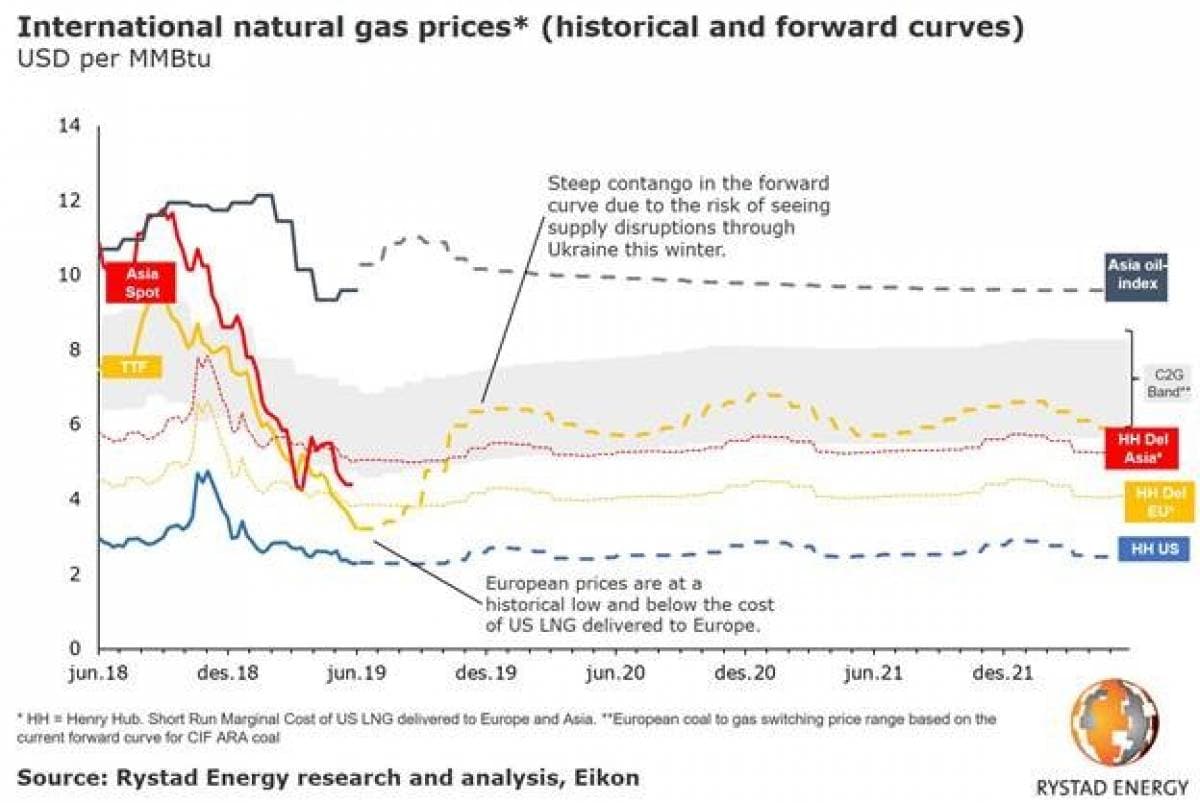 been Europe’s main gas supplier. In 2018 Russia delivered 201 billion cubic meters (Bcm) of gas to European countries, or 38% of Europe’s total natural gas demand. However the US, armed with its new liquefaction capacity and surging gas production, is trying to muscle into this market, too.

“As two of the world’s largest gas producers, Russia and the US are natural competitors in what seems to be a race to the bottom, not only in the lucrative Asian market but now also in Europe. Both countries have sent increasing amounts of gas to Europe despite the low price environment,” Torres-Diaz observed.

Russia can send supplies to the European market both through pipelines and via LNG vessels. That gives the gas giant in the east a clear geographical advantage over its western counterpart. 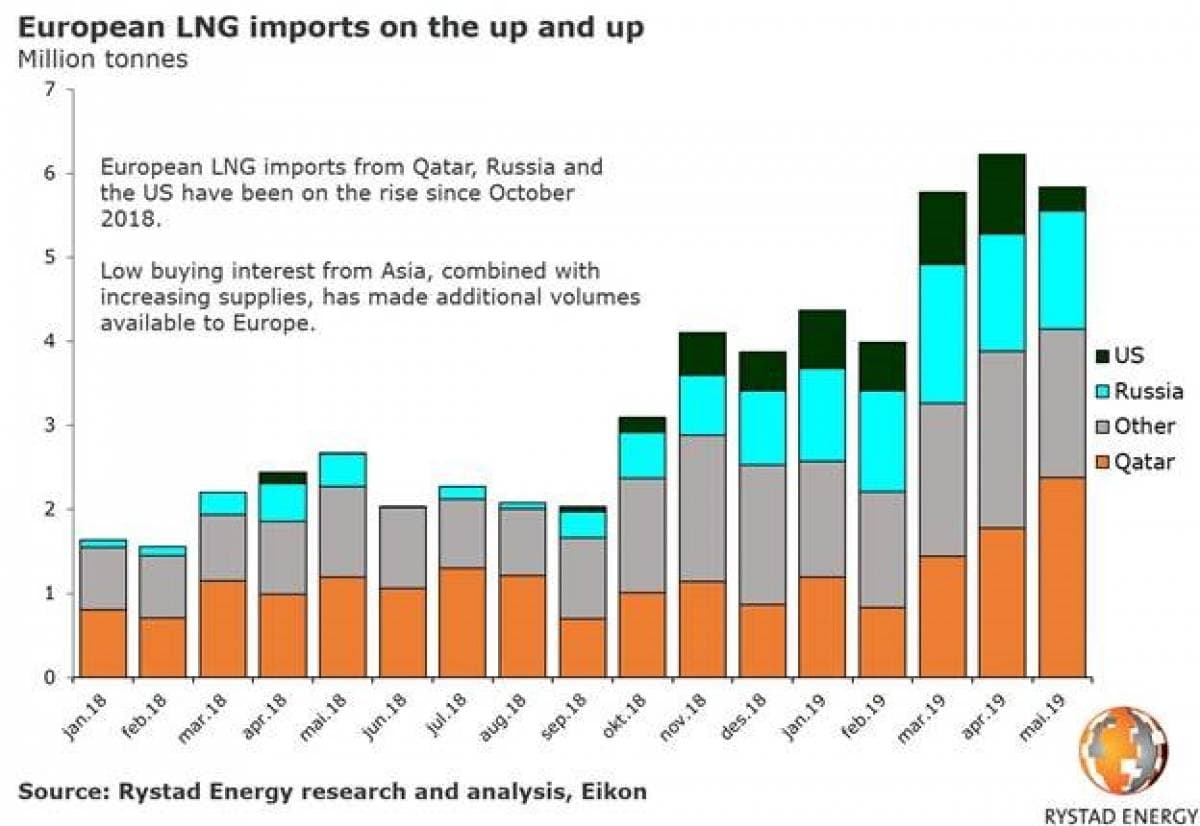 Pipeline exports from Russia were up 8% from last year during the first five months of 2019. LNG exports from Yamal, a peninsula in northwestern Siberia, increased 380% in this period.

“From an economic point of view, greater supply volumes from Russia make sense given the lower cost. And it comes at a time when Russian giant Gazprom wants to maintain its reputation as a reliable supplier to the European market, while the current the political climate pushes Europe to diversify its energy supply,” Torres-Diaz notes.

That is not the case for US gas exporters, which still need a higher European market price to cover their operational costs when selling LNG to Europe.

“Some US exporters are not covering their operational costs. Nevertheless, US exports to Europe during the first five months of 2019 increased by 6.9 Bcm versus the same period last year,” Torres-Diaz remarked.