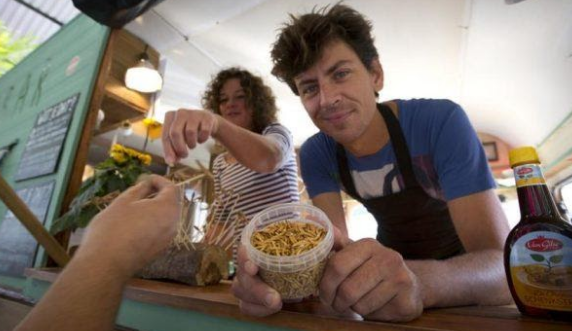 Be careful what you eat goy!

In their infinite wisdom, the unelected bureaucrats/commissars who rule over Euro-peasants green lighted worms as food on the market. This is not a joke, but a glimpse from the future that awaits us all.

To put it succinctly, flour-worms have become “goyfeed” in the EU. Member States have approved, for the first time, an insect for human consumption, as the European Commission announced that the use of dried yellow flour worms as food has been approved by Member States.

According to the document, this first authorization to place insects on the EU market as novel foods follows a rigorous scientific assessment by EFSA.

The new food can be consumed as a snack, in the form of whole dried insects, or as an ingredient in some foods, for example in the form of powder in protein products, biscuits or dough-based products, say EC representatives.

The flour worm has become the first insect declared safe to be eaten by humans, the European Food Safety Authority announced in January. However, those who have allergies to shrimp and mites could also react to this insect, the document said.

Europe could make burgers, pasta, biscuits, smoothies or fingers from larval worms. Tenebrio molitor became the first insect declared safe for human consumption in Europe after the European Food Safety Authority (EFSA) took this decision following a study, at the request of the French company Micronutris, whose object of activity is the production of insects for consumption .

The main components of this insect are protein, fat and fiber, providing a potential source of sustainable and low-carbon food for the future.

You know what that means? You’re not worth the environmental cost of meat, goy!

It’s making too much BAD GAS!

Instead, you can have a nice little taste of THIS:

It’s okay, because gladiators in Rome ate worms and they were strong — so you’ll be strong too.

Until now, the big players in the insect food industry have not been able to realize their potential due to the lack of unitary approval at European level. Such products are banned from sale in France, Germany, Italy, Spain and other European countries. Without EASA approval, they cannot be sold anywhere on the continent, but today’s decision could change things completely.

Insect-based food has long been seen as a solution by the elites to reduce greenhouse gas emissions in the food industry.

Better start checking those food labels if you want to avoid powdered worms. It’s going to be the new soy flour in the sense that they’re going to put it into everything.

But soy flour will still be there, because they want people to be living on soy and worms. Frankly – we must admit – the worms have to be better than the soy.

Remember who told us first to eat bugs? Greta Thunberg, that weird child that keeps promoting this bizarre globalist agenda, and now worms are officially a part of the super-healthy vegan died. By the way, the model of teen health Greta failed to go through puberty due to her vegan diet. She’s 18 years old, in case you were wondering, and here’s a recent picture of hers: 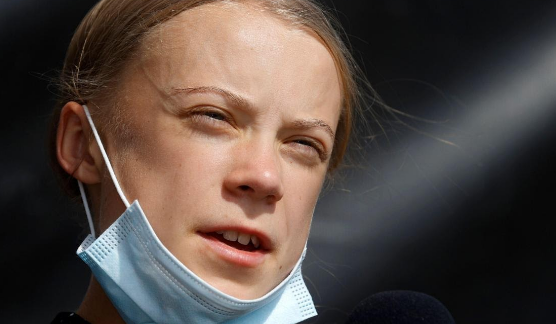 They are making us into a new race. They are going to genetically engineer us to be compatible with their goyfeed.