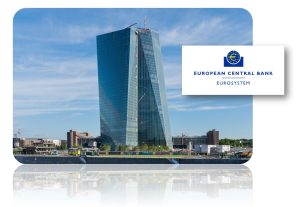 According to Eurostat, the European Union statistics company, inflation in Europe rose to a new all-time high in March after advancing by 7.5%. This surpassed the high of 5.9% set in February and marks the fifth consecutive month of inflation in the Eurozone. Europe’s reliance on Russian energy has resulted in a 44.7% uptick in energy prices in March after rising 32% the month prior. Food prices rose 5% in March as increased costs for suppliers are passed down to consumers. The price of goods such as clothing went up 3.4%, while services advanced 2.7%.

The US and Britain have both raised rates in a too little, too late effort to combat inflation. Will the European Central Bank (ECB) follow suit? The ECB voted to maintain the 0% benchmark rate during their March meeting. ECB president Christine Lagarde is in no rush to raise rates.

See also  The only thing up this year is your rent, and it's up a lot more than CPI inflation says it is!

The ECB moved to negative rates in 2014, and 2022 is now representing 8.6 years since that detrimental decision and we are seeing everything hit the fan. This entire Great Reset is now due to the fiscal mismanagement of governments and central banks. Those who still think there will be some return to normal finance are no doubt those wearing masks and lining up for booster shots every six months.

The central banks are keenly aware that they cannot stimulate economic growth, although they will not state that publicly. The wheel of fortune has completed its revolution.