Worth noting: While we’ve seen big gaps before, it is unprecedented that #US #earnings growth is rising while it falls in the rest of the world. Truly, a first. #data #dataviz pic.twitter.com/NiK8UJgjOb

NOT CONCERNED ABOUT THIS pic.twitter.com/DdYf9keuAj

2011 and 2015 saw the exact same global market topping out, and both instances presaged deep declines in US stocks. 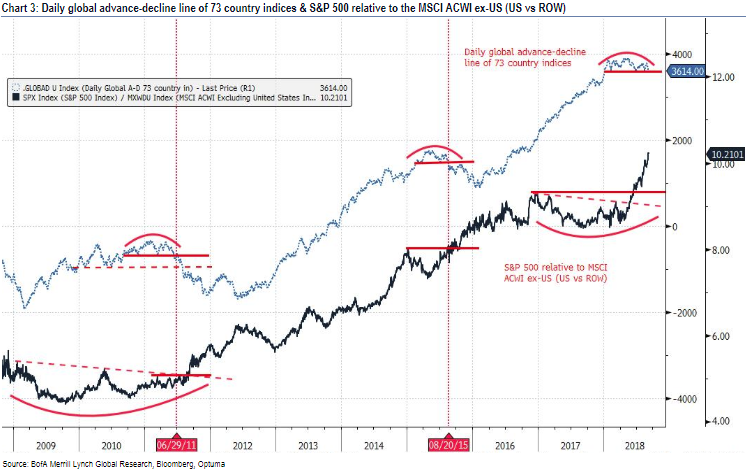 "The average debt-to-capital ratio of nonfinancial companies in the S&P 500 Index had surged to 49% by the end of June from 32% in 2006" t.co/QrXmUoxzHC pic.twitter.com/iOoRUyhBZw

Goldman Sachs – “Typically, high valuations – or an extended level of this index – imply the risk of a bear market or a period of low returns over the next five years,” GS 9-5-18. “This time we think that lower returns are more likely than an impending sharp bear market.” pic.twitter.com/4GBvm6GPYZ