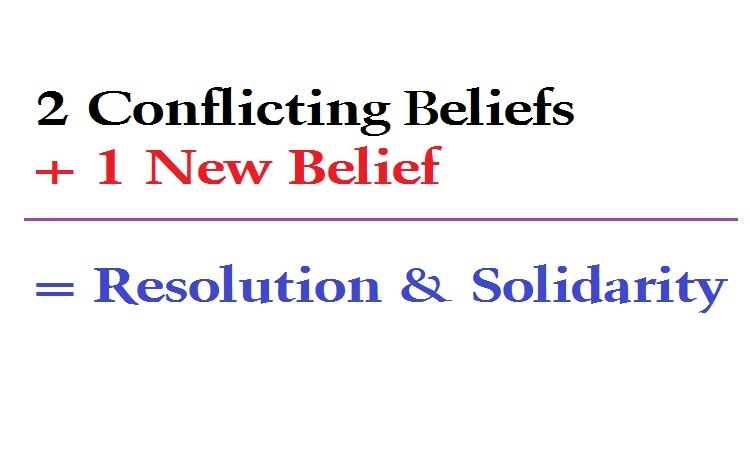 Trying to track the value of your opinion based on those that seek to deny you that opinion should be made into the national sport; at the very least you should be allowed to place bets on it. Whose opinion outweighs whose? What type of person will be “no-platformed” next? The betting options are almost endless, and with each victim group so sure that they are the least “respected/ noticed/ catered for/ cared about/ represented etc…”, there would likely be some good money laid down.
It would also put to rest the “Liberal” Shibboleth that all people are equal in their view. Because in reality (unlike the political echo chambers of our “progressive elite”), we must all choose a side. To go through life trying to coerce your own mind into seeing all views as equal is a type of DoubleThink or cognitive dissonance; we can’t be completely unaware of opposing “facts” and treat them both equally…that way lies madness. This is actually the reason why the Cartel Elite take such pleasure in their spewing their vitriol and denigrating Conservative voices…because this is one group that they can finally “choose a side” against without upsetting their carefully constructed mental fallacies.
Consider just two of the confusions that they have encountered trying to apply their “all values are equal” lunacy in the real world.

A group that wants to improve equality for women is backing the mass immigration of people for whom Female Genital Mutilation (FGM) is a time-honored tradition. People for whom Child Marriage (child rape) is an everyday part of life. For people who believe that Sharia Law is the most “complete and perfect” legal system that could ever be…Where a woman’s testimony is worth half that of a man’s, and where a rape victim is stoned to death for adultery.
The mental acrobatics involved in making yourself support this must be immense. People from places that are majority Muslim practice these cultural habits; they do not see them as wrong. It is not as though when they arrive on Western shores, they will undergo a transformation and realize how wrong they have been. They will move to communities of similar beliefs and continue. If you doubt that, just look at the rise in FGM in Western countries.

At UC Berkeley, groups such as Refuse Fascism are trying to stop Conservative women and homosexuals (for example Ann Coulter and Milo) from speaking to people who actually want to listen to them (and in some cases are willing to pay for that privilege). And to enforce this, they resort to violence and threats. Which one sounds more like Fascism to you?

On the streets of America, we have thousands on the streets asking for President Trump to show his tax returns, yet ignoring the fact that slavery is alive and well again in the USA. The media harangue anyone who doesn’t follow the exact “party line”, calling for their lives and livelihoods to be destroyed. This is not “progress”. This is a regression to McCarthyism and witch hunts.

See also  Styx: BIDEN PURGING THE MILITARY BRASS LIKE A THIRD WORLD DICTATOR
See also  Donald J. Trump: "I Was Right" (June 12th, 2021): "Have you noticed that they are now admitting I was right about everything
836 views